I've been thinking about our focus ESLR for this year, "Passionate Learners," and how it applies to us as the teachers in the school. Here are some of the descriptors from our handbook that I think apply to us.

Sometimes, we get so caught up in all of the tasks we need to accomplish that we don't take the time to learn new things or express our creativity. I've been encouraged recently by those of you who are committed to taking college-level classes. Some of you are working on additional degrees, some taking Bible classes, and some pursuing other interests. You are setting an excellent example for our students, and I encourage you to share your own struggles and joys of learning with them.

I am also encouraged, as I head off to the EARCOS Leadership Conference this afternoon, to try to learn something new. I'm going to look for a topic which I know very little about and explore.

I also want to encourage you to find ways to be Passionate Learners yourselves. Education for Life isn't just for the kids. . . 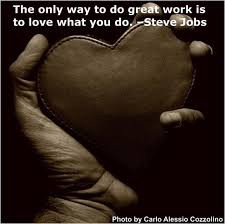 Oct. 27-29: Shawna and other principals at EARCOS conference

Just a reminder that Servant Leadership Day is coming up on Nov. 4. Bible teachers, please fill out the details on the Google Sheet. Other teachers, please sign up to help someone else out. If you teach both MS and HS, you will need to sign up to help with MS Servant Leadership Day or the HS Eagle Games. We purposely planned them on the same day to give all of you the opportunity to be involved.

When I first started teaching Bible 12, I was trying out every strategy I could think of for how to help my students engage with God. I had read research that says that doing things with color improves student learning, so I wanted to see if it would work. I tried out having students using colorful markers to write and draw ideas when we would brainstorm, I had them illustrate Bible verses and prayer points, and I asked them to journal in color. At the end of the semester, a student commented to me that one thing he enjoyed about the class was that we used color so much. The student smiled kind of sadly and explained that he hadn’t done anything colorful outside of art class in high school.

Using color is not just a way to bring fun to the classroom; it actually helps to improve student learning! Here is a summary of some of the research:

In 2002, researchers discovered that subjects performed five to 10 percent better on standardized pattern recognition tests when they were administered in color rather black and white. The effect also boosted memory over time. (The advantage of using color was only demonstrated when the color was “realistic.” When the objects were depicted in random colors, it appeared to have no effect on memory or pattern recognition.)

· As color connects neuropathways, people remember colors better than verbal or textual cues alone; for instance, The Institute for Color Research – now called Color Matters, confirmed that color can improve learning from 55 percent to 78 percent as well as comprehensive by as much as 73 percent. Other studies also evidenced that colored images are recalled more than the black and white images. According to these, most people surveyed could recall more images if they were with coloured than if they were black and white.

Next week I’ll be highlighting some strategies for using color in your classroom. Even though we all grow up, color still matters!