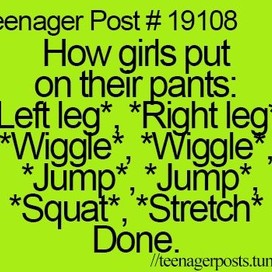 How is social media influencing the presidential election?

How is social media influencing the presidential election? 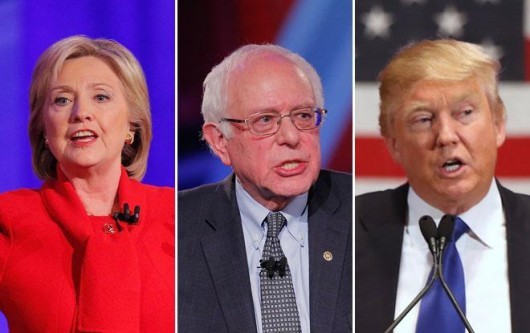 Social media gives everyone the chance to check up on what the presidential candidates are up to, 24/7. Social media influences the campaign 100%, because it gives information on what the candidates said, biased or not. To acquire further information, I looked up which social media site is more popular, for all ages. The answer was..... FACEBOOK!!!!!! Wow, that really was surprising, right? Yeah, not really. Anyway, I was asked which social media site I would prefer the most if I was a presidential candidate. I chose facebook for a number of reasons. First of all, facebook is the most popular, as I already said. Second, since many people will be seeing what I say, television or otherwise, I would probably want to destroy any negative views on me, by selecting only positive things that I've said, or any positive ideas and posting those on my facebook page. At least, that's what other presidential candidates have done so far. That's how they get more votes and donations. That's how social media effects the presidential elections.

The following are my graphs that are recorded based on the information of my peers who took my survey. After each picture of a graph is a short explanation of what everything stands for, and gives a little extra information that is missing from each graph. Every quote that I have gathered came from a social media site, showing that social media influences the presidential campaign by giving information on what the candidates said. 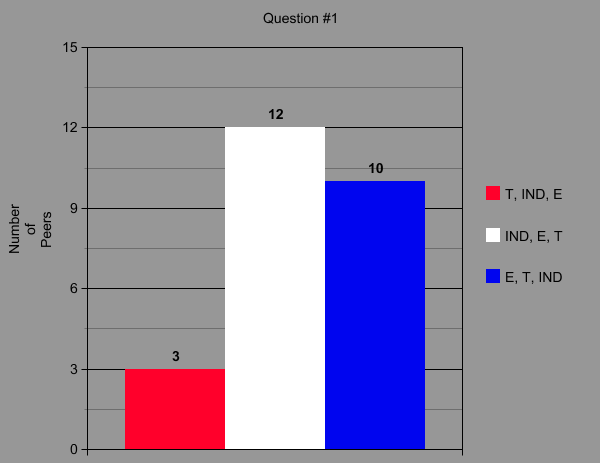 The first question is: In what order do you deem the most important national issue? (Most important to least important). Since I couldn't fit the full-length issue on the label, I had to abbreviate. Here's what those abbreviations mean: 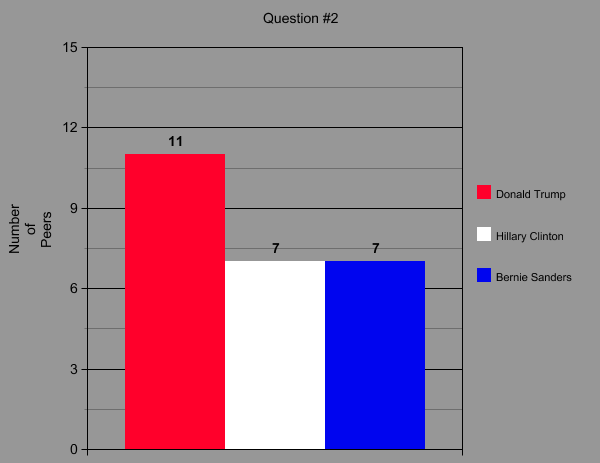 The second question is: Whose quote about taxes do you agree the most with? I couldn't fit the quote that each candidate said, due to small space. Here are those quotes: 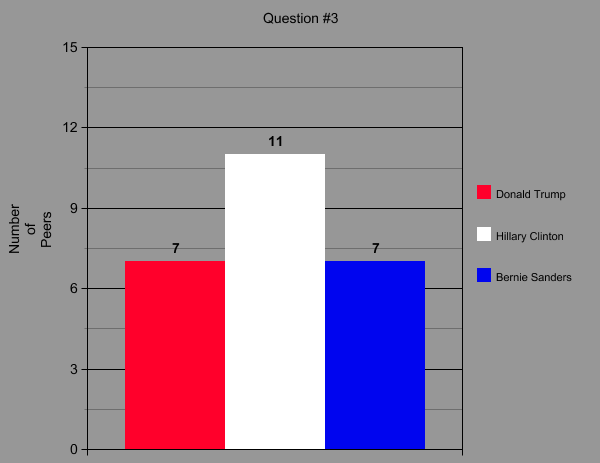 The third question is: Whose view on the Iran Nuclear Deal do you agree tthe most with? I couldn't fit each quote the candidate said, due to small space. Here are the quotes: 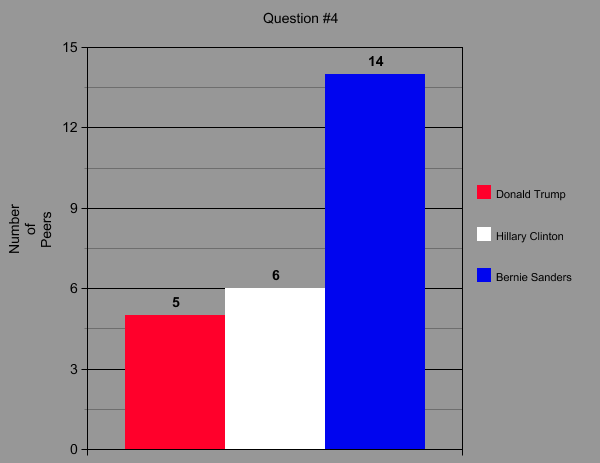 The fourth question is: Whose view on education do you agree the most with? I couldn't fit each quote the candidate said, due to small space. Here are the quotes: 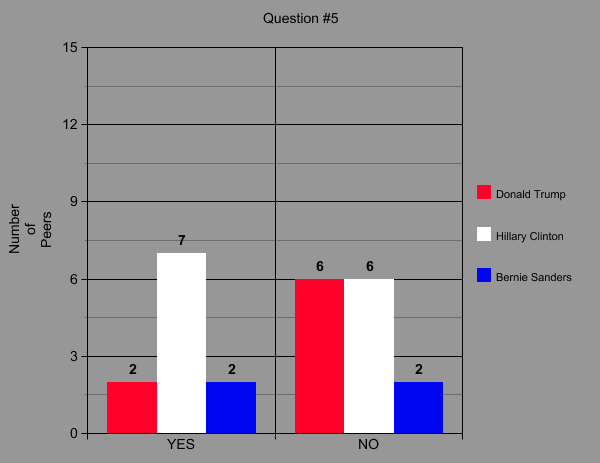 The fifth question is: After reading these viewpoints, does this sway your opinion on who you want to win the elections? Who is it? After looking at all 25 of my peer's answers, I was actually quite intrigued. The people whose mind wasn't changed mostly wrote down Donald Trump or Hillary Clinton. The people whose mind was changed mostly wrote down Hillary Clinton's name. I found this very interesting.

Social media influences the campaign 100%, because it gives information on what the candidates said, biased or not, as shown here. I tried to get quotes that weren't biased, but that was hard to do. As shown in the graphs, those quotes even effect 12-13 year olds' brain, and how they choose their favorite candidate. So yes, social media definitely influencing the presidential elections.