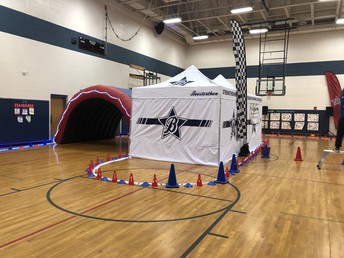 We've had a blast with this year's Booster Fun Run program! On Friday we will CELEBRATE our school with our Fun Run event! The entire school will be moving and completing 35 laps.

Please make sure students come to school with a water bottle and wearing sneakers.

Originally we planned to have our run outside, unfortunately the weather is not cooperating with a 100% chance of rain. Therefore, our run will be set up in the WES gym as a GLOW Fun Run. Half the grade level will be running at a time for about 20 minutes, while the other half sits on the bleachers and cheers on their friends. Then the students will switch as the next half of the grade level runs while the others rest and cheer. It's about an hour long celebration for each grade level.

Due to COVID safety requirements/protocols, we are not able to accommodate family visitors during our run. We will post pictures and videos of the event in our next newsletter. Thank you for your understanding. Please reach out to westminsterpto@gmail.com with any questions.

From the bottom of our hearts, thank you for your generosity and support of our schools! 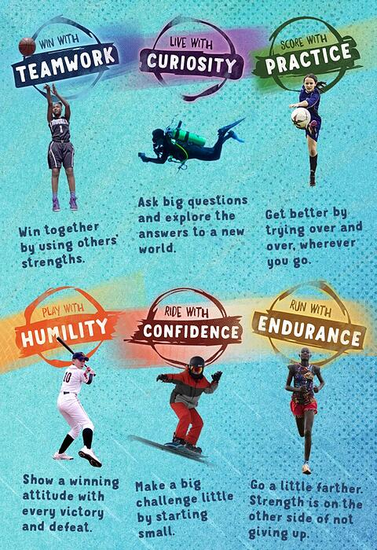 Wednesday, November , 17~ PTO Meeting (Jennifer Aube, author and podcaster, will join us as a guest speaker) 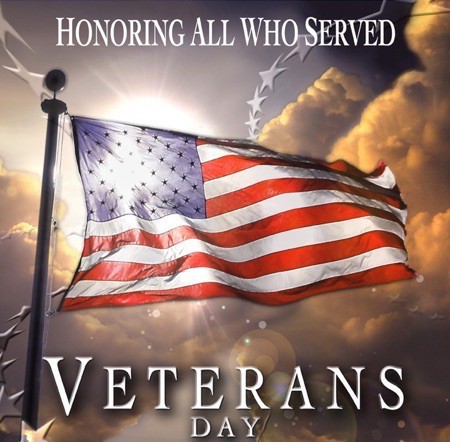 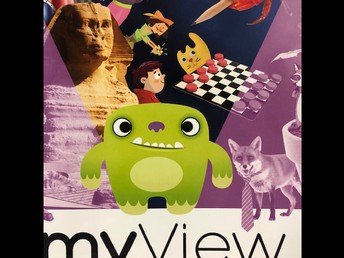 At the elementary level we are excited to announce that some teachers have volunteered to pilot new ELA curriculum materials throughout this year. We are committed to updating and enhancing our elementary literacy program based on our District’s needs and the latest research on literacy instruction. The following programs will be investigated throughout the remainder of the school year: my View and Into Reading for K-5. In addition, the upper grades are investigating a program called Wit and Wisdom. If your child’s teacher participates in any of the programs, we may be seeking your feedback from a parent perspective to help guide our decision making. 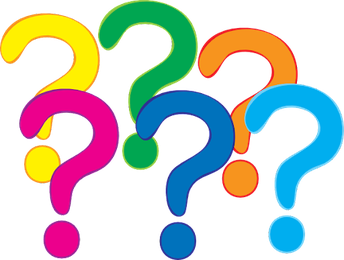 Alternate ways to ask your child “How was school today?” 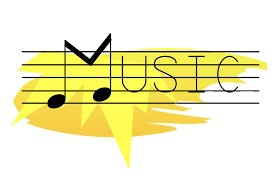 The music rooms have been VERY busy this fall, I’m very excited to see our students back in action at all levels. Here's what has been happening as well as future events.

Grade 4 and 5 have been in a unit on rhythm. Each student has been working with various notes and rests including whole, half, quarter, and now sixteenth notes. They are starting eighth note triplets as well as playing rhythm pieces on both keyboards and tubano/conga drums. They will soon start two and four part rhythms as well. Please continue to make sure your child has their 3 ring music folder at each class.

Grade 2 and 3 have made great strides in their rhythm unit as they can perform quarter notes/rests and eighth notes very well as they either clap or play tubano/conga drums. They also completed a unit on a classical composer named Paul Dukas who was famous for the Sorcerer’s Apprentice, where they learned about a story from me, heard the orchestra version, and then saw a cartoon that was made to go with the orchestra piece from Walt Disney. They learned about several instruments in the orchestra.

Grade K and 1 have been busy singing and learning motions to many songs including the ABC’s, Twinkle Twinkle, Happy Birthday (clapping and cha cha cha versions) the Animal Fair, Five Little Pumpkins, One Little Skeleton, and The Alphabet Tango. The 1st graders in particular learned a song with bean bags called Ti-De-Oh. Both grades have been working on echoing rhythms at drums as well.

A Band has been practicing on Thursdays from 3-4pm. They successfully performed their Spring Concert music at the Westminster Cracker Festival along with the WES Jazz Band. The A Band recently performed at the ORHS halftime show with the Oakmont-Overlook Marching Spartans a few weeks ago, as they learned about the Marching Band program. The A Band is performing at the Veterans Day Ceremony at the monument for Veterans of Foreign Wars on November 11 at 11am, where they will perform the Star Spangled Banner and Salute To America. Our A Band is scheduled to play at the December 16 Holiday Concert.

B Band has had quite the sign up! There are 64 brand new students in our Beginning Concert Band. Students have had lessons since the end of October. Rehearsals are on Fridays from 3-4pm in the cafeteria. Our goal is to learn numbers 1-53 for the Holiday Concert on December 16. Please make sure your child has a consistent experience by coming to lessons each week and B band each week. If your child would still like to play a concert band instrument, we really need flute and clarinet players in particular. Just email me at the school and I can help you get squared away. Band is open to students in grades 3, 4, and 5.

Chorus is up and running as they prepare for the Town Tree Lighting Ceremony on Academy Hill, which starts at 4pm on Sunday, December 5. All are invited to come and watch as a special guest will come and light the tree! :) Also, our chorus is gearing up for the Holiday Concert on December 16. Students should be bringing in folders/pencils each week to rehearsals.

Pancake Breakfast Fundraiser - On November 21 from 8-11am, The Westminster Lion’s Club will host a pancake breakfast at the VFW for our music department. All proceeds go directly to our bands/chorus programs to help fund needed equipment, music, supplies, etc. This year we have decided not to have students performing to help the Lions ease back into their breakfast season. So, tickets are $6 each at the door or we gladly accept any monetary donation instead of coming to the breakfast. Either way, we are grateful should you decide to support our program. 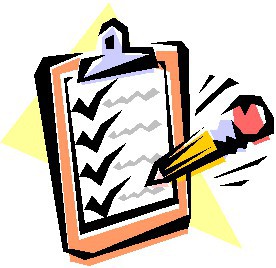 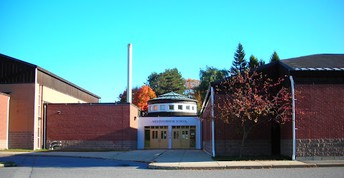 When your child is late for school, please walk them into the office to sign them in. It is a safety concern. Also, our little ones get confused easily and we want to make sure their day starts off on the right note. Thank you for your help and cooperation.

Thank you to all families that participated in conferences virtually or in person. The Second Grade Team really appreciated the time you took to discuss your child with us.

Please keep an eye out for the November family project coming home this week through the backpack. 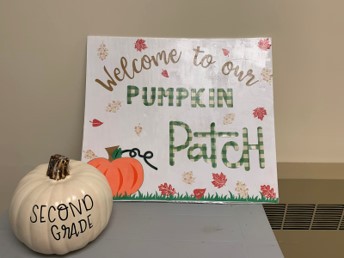 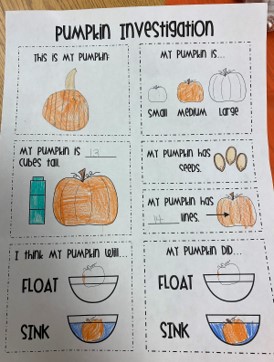 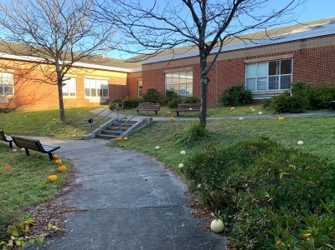 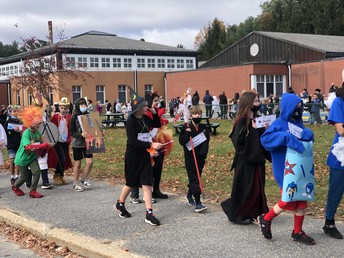 Greetings from the busy fifth grade classrooms at WES! We would like to thank you all for the support in making the Vocabulary Parade such a success this year! It was so much fun to see all the creative costumes! In fifth grade, we spend a lot of time on vocabulary so this event is not only fun but also really fits in with our curriculum. Be sure to ask your child about new words they learned at our fun event or about any from their Wordly Wise vocabulary lists! Please enjoy the photo slideshow of our Vocabulary Parade costumes! It was really fun to see the different ways students represented the same words!

We are moving into a Fraction Unit in math. Students are learning to add and subtract fractions using money and clocks to help understand this concept. Extra practice with analog clocks comes in very handy during this time. We are realizing how accustomed we have all gotten to using cell phones for time :) Try asking your child to tell you the time on one of those “old-fashioned” clocks for some helpful practice!

Lastly, we have a lot of fifth grade students who are getting breakfast in the morning. This is an option for all students at MHS and WES. However, If you do NOT want your child getting breakfast at school, please reach out to your child’s classroom teacher so that they are aware of this. 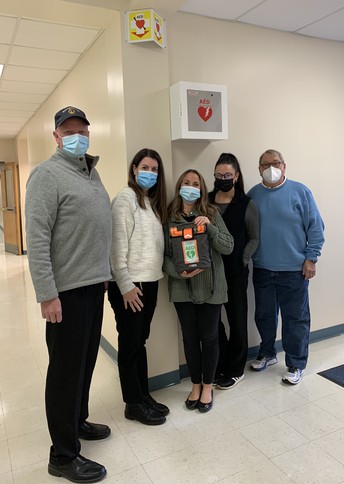 Thank you to the Lion's Club

Thank you to the Lion's Club for purchasing a new Automated External Defibrillator (AED) for WES. AEDs are often found in many public spaces. They may be used in an emergency to help someone who is experiencing sudden cardiac arrest. There is one located in the WES extended day lobby and one by the WES nurse's office. There is also an AED located in the MHS lobby. 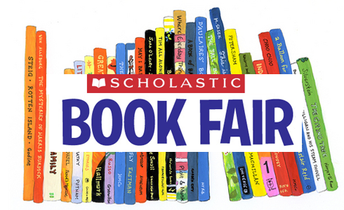 Click here to visit our homepage! Every purchase from the Book Fair earns rewards for our school, so please stop by and support us.

Check out the interactive book flyer!

A SAFE, CASHLESS WAY TO SHOP THE FAIR

Easy to setup, eWallet funds are immediately available for use at both the in-school and virtual Book Fair. Plus, family and friends can contribute too! Create an eWallet account between 11/08 - 12/03

Support our school by shopping The Scholastic Store Online for an expanded selection of exclusives, new releases, value packs, and more. All orders ship home and book-only orders over $25 ship free. Every purchase benefits our school and helps develop a love of reading.

NOTE: Buy One, Get One pricing is not applicable online.

We accept the following payment methods at our Fair: 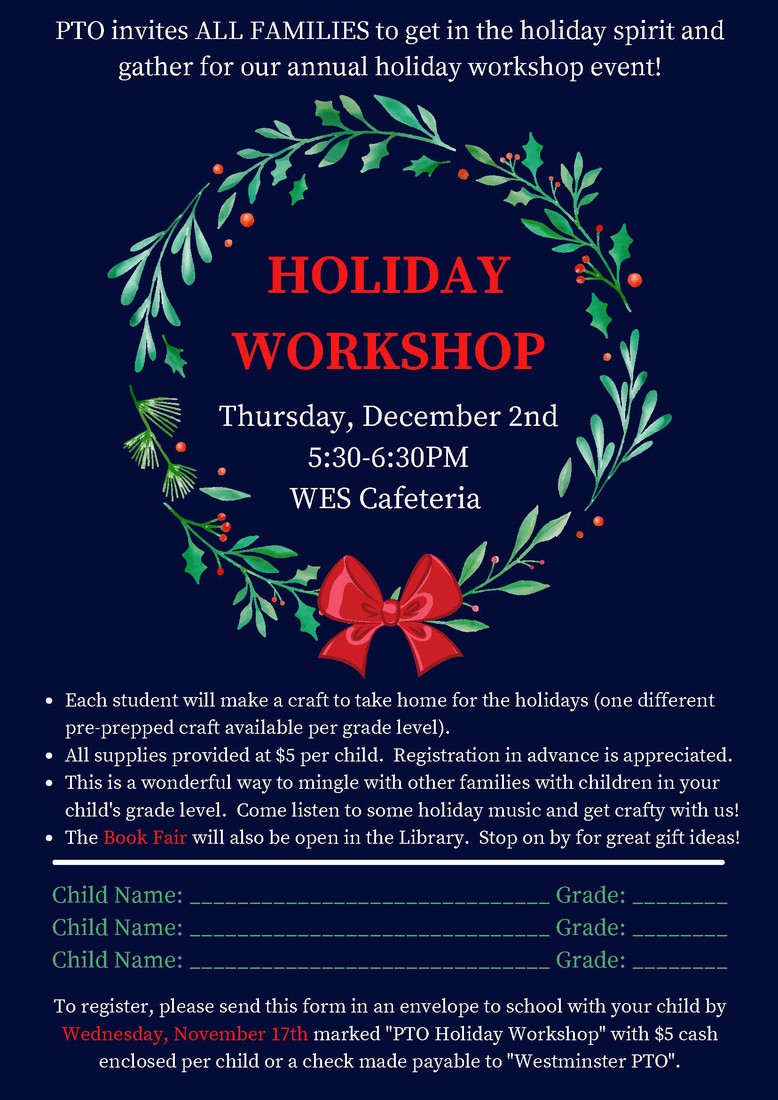