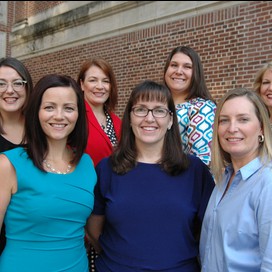 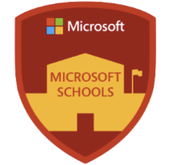 So what is a Microsoft School? Microsoft schools are identified as working to transform education and integrate technology into school wide programing, classrooms and lessons through use of Microsoft solutions, programs or devices.

Congratulations to the staff, students, and parents of the Omaha Virtual School. They are true pioneers in the digital age. A sign of the dedication and commitment to this program less than a year old.

This issue's School Spotlight will showcase how Pam Stanek and Pam Schmeits at Jefferson Elementary collaborated to integrate technology for a tribute to Martin Luther King. This is a great example of how creativity, communication and collaboration play a role in student learning. Check out the sway to see kindergarten students apply their learning.

Click on the Image below to View the Sway 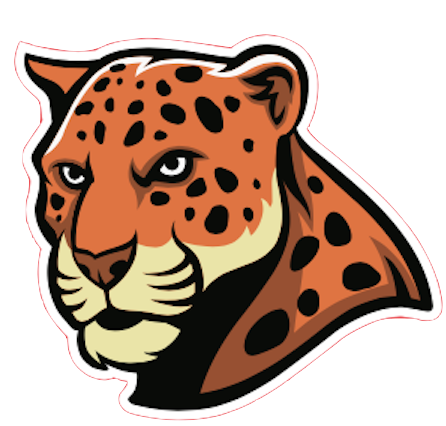 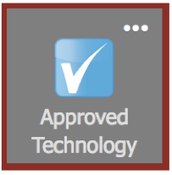 In an effort to provide increased access to technology throughout our district, we've seen an increased need to clearly communicate about what apps (applications, websites, software, and hardware) are approved for district use.

We have worked with Microsoft to develop the App Standards Management Tool (aka App Approval Tool). This tool is available to all district employees and serves the following functions:

The App Standards Management Tool can be found within Office 365 as a tile called "Approved Technology" in your Microsoft App Launcher. The below is more information on the tool and how you can use it to enhance learning in your classroom or to provide you with the tools you need in your department to support student instruction.

We understand that currently, you may be utilizing many apps and technology tools in your classrooms that have not currently been put through this process and that is understandable. We don't want you to discontinue use of EdTech tools you're currently using in your classroom. Our goal is to follow this process moving forward in order to find safe technology tools for students which enhance learning objectives.

We look forward to continuing to meet your technology needs! 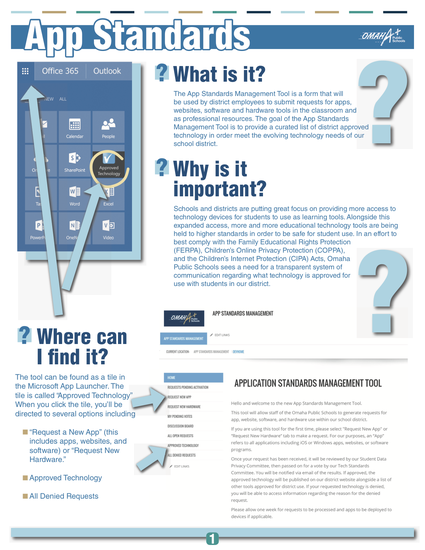 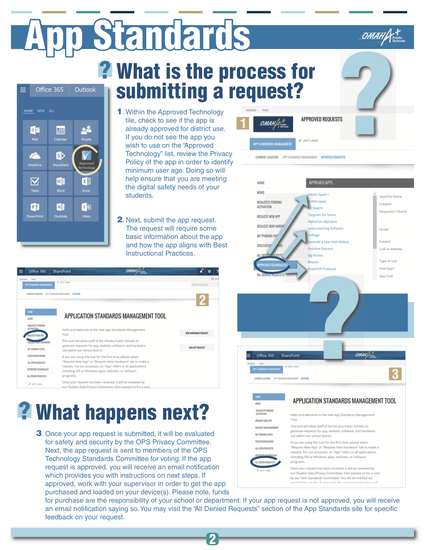 The OPS Instructional Technology Leadership (ITL) Endorsement Program has been established through a partnership with Concordia University. It began in May 2016 and will continue through June of 2017. Here are some highlights from ITL members in the below Sway.

Congratulations to the following students and teachers for placing in the 2017 Nebraska Educational Technology Association (NETA) competition:

Derek Babb, a computer science teacher from Omaha North High Magnet School earned the Excellence in Teaching with Technology Award. This award is given to teachers who has shown outstanding effort in using technology in their classroom and who have collaborated with community partners in technology.

on a video project called, “To Omaha,” which is a short film about falling in love. This video took 3rd place.

Grant Torpin, an information technology teacher at Alice Buffett Magnet Middle School, worked with two of his broadcasting students, Sam S. and Willa R., to produce a 1st place video. These two students met the band Through Fire at their latest music

video shoot. The video interview focused on what it’s like being from Omaha and finding success in the music industry.

Please contact a trainer directly for any training needs. Trainers are happy to come out to buildings to provide instructional technology training.