William Warner Sleator III (February 13, 1945 – August 3, 2011) known as William Sleator, was an American science fiction author who wrote primarily young adult novels but also wrote for younger readers. His books typically deal with adolescents coming across a peculiar circumstance related to an element of theoretical science, then trying to deal with the situation. The theme of family relationships, especially between siblings, is frequently intertwined with the science fiction plotline. 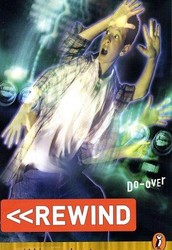 Have you ever wondered what happens after you die? in this book a boy named Peter gets hit by a car and dies. After his death he goes to a dark place where a voice tells him he has limited time to try to change the past so he will not have died. He tries a few times and fails so he decides to go farther back in the past to try to change things.

Hit by a car

Voice in the dark