Cedrick is using Smore newsletters to spread the word online.

Get email updates from Cedrick:

Who Was Mao Zedong

Mao was a Chinese communist leader and founder of the people's republic of China. He was born in 1893 2 of December and died in 1976 the 9 of September. He led he communist party from 1935 until his death. Mao started the Great Leap Forward and the Cultural Revolution it had consequences. In 1918 Mao graduated from the Human First National school becoming a certified teacher. After his mother died he decided to travel to Beijing but was unsuccessful in finding a job.

Early Life: Mao was born in Shaoshan Hunan province. He came from a peasant family. When he was older he governed a country that was many years behind the world's post war power. Mao was a leader but not a good one. He will be remembered but not in a good way.

Under Chairman Mao Zedong took control of the media and the education system. All was taken away from the wealthy and distributed among the people.

Mao Little Red book:It was required for every Chinese Citizen to own, to read, and to carry all times. If they don't read or carry at all times they will be killed or even jailed.

Mao believed that both had to grow to allow the other to grow.Industry could only prosper if the work force was well fed. The Great leap forward is all about famine and death. About 30 MILLION!!!!!!!!! people died of starvation and lack of thirst.The Great Leap Forward" end it "motivated one of the most deadly mass killings of human history". 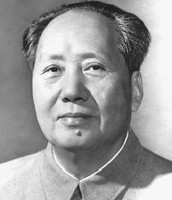 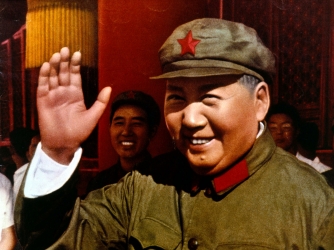 Why was the Cultural Revolution Unsucessful

In 1966 China's Communist leader Mao Zedong launched what became known as the Cultural Revolution in order to reassert his authority over the Chinese government. The Cultural Revolution continued in various phases until Mao's death in 1976. cultural revolution is not about improving the economic power (or any aspects) of China. On the surface it's about correcting the "wrong" ideology in China. In its core, Mao just wanted to use it to regain power and eliminate opposition.

How did the events of Tiananmen Square change China

The tragedy that unfolds around the Tiananmen Square in June 1989 had an extreme impact on China. Tiananmen Square started in 1989 or as it called in Chinese the 4th of June incident. The Tiananmen Square happen because the death of Yaobang.Students took to the streets to voice there criticism of the high level of corruption in politics and demanded political change in favor of a more liberal system.

Cedrick is using Smore newsletters to spread the word online.