Brayan is using Smore newsletters to spread the word online.

Get email updates from Brayan:

Should "Weed" be legal in America?

Should "Weed" be legal in America?

I'm 16 years old, currently residing in Kansas city, Kansas. I attend Schlagle High school on a daily basis. No i'm not a "pothead", I don't smoke weed or do drugs of any sort, i'm simply making a question to see peoples opinion on the topic. I like to listen to music and play video games. This is a research blog to help me understand America's stand on the legalization of " Cannabis". 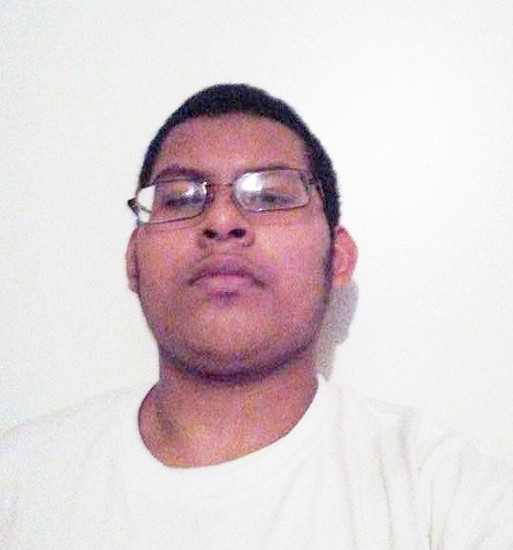 My essencial question is " Should cannabis be legal in America?". I choose this question because it has created a large concern on the American citizens on weather or not cannabis be legal. Many people believe that it shouldn't be illegal in the first place. Besides it's just a plant, like tabaco.

I know that cannabis is considered a drug due to its affect on the human body. As far as im concern the ilegal growth and dealing of cannabis is a huge issue that the united states has to deal with an a daily basis. Mexican drug lords are trafficking insane amounts of cannabis in a single day using sophisticated and even tunnels that run from Mexico to the United States.In the other hand Cannabis is used as medicine to treat serious deseases and traumas. This legal form of cannabis has shown to be a popular alternative instead of consuming numerous prescipion drugs. I hope to learn why so many poeple are against the legalization of cannabis. Others might have the same question, "Should cannabis be legal in America?".

Legal but regulated for adults

I'v done some research on the topic and according to an article by David L. Nathan for CNN weed should be legal but regulated like alcohol and tabacco. In 1937, the Federal Bureau of Narcotics pushed through laws ending the growth, trade and consumption of all forms of cannabis, including the inert but commercially useful hemp plant. Cannabis is more widely used today than at any time before its prohibition. Pot prohibition has also greatly increased illegal activity and violence. Otherwise law-abiding private users became criminals, and criminals became rich through the untaxed, bloody and highly lucrative illicit drug trade. This can be changed if federal, state and local governments can regulate the cannabis trade as they do with alcohol and tobacco -- monitoring the production process for safety and purity, controlling where it is sold, taxing all aspects of marijuana production and consumption, and redirecting resources from punishment to prevention. 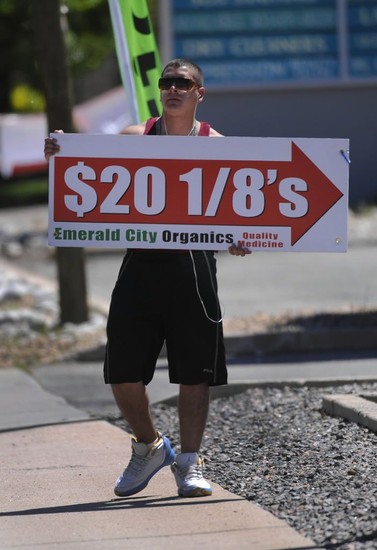 Legalizing and regulating marijuana will bring the nation's largest cash crop under the rule of law. This will create jobs and economic opportunities in the formal economy instead of the illicit market.

Scarce law enforcement resources that could be better used to ensure public safety would be preserved while reducing corrections and court costs. State and local governments would acquire significant new sources of tax revenue from regulating marijuana sales.

The criminalization of marijuana use disproportionately harms young people and people of color, sponsors massive levels of violence and corruption, and fails to curb youth access.

According to Colorado's state department of revenue, the first ten months of legal marijuana sales have resulted in nearly $40 million in tax revenue. The city of Denver saw a decrease in violent crime rates in the first 11 months of 2014, following a similar trend in 2013. Statewide traffic fatalities continue to decline, according to the Colorado Department of Transportation. Upwards of $8 million has been allocated to fund youth education and drug prevention efforts. And the state is experiencing economic growth and the lowest unemployment rate in years.

By the end of the twentieth century, several medical uses for cannabis had been documented with full research evidence. These include being an appetite-enhancer in cancer and ACQUIRED IMMUNODEFICIENCY SYNDROME (AIDS) patients; a pain reliever in GLAUCOMA patients; and a muscle relaxant for those suffering from MULTIPLE SCLEROSIS, a degenerative disease of the central nervous system.

Chemists developed a synthetic (laboratory-made) tablet, dronabinol (manufactured as Marinol), that contains one of the chemicals found in marijuana. Dronabinol was introduced in 1985 as a Schedule II substance and has since been placed in the Schedule III category, making it as easy to prescribe as codeine. (An entry on codeine is available in this encyclopedia.) Still, some patients found that the dronabinol pills did not work as well as smoking cannabis. The U.S. government lists marijuana and its by-products as Schedule I substances, indicating that cannabis has no medical value. However, since the 1970s, marijuana has been used as a medicine for several specific conditions, although the legality of this use remains under debate.

Cancer patients who receive CHEMOTHERAPY, the use of chemicals to prevent or treat the disease, often suffer the side effects of nausea, vomiting, and loss of appetite. This can cause people who are already sick to lose weight and become more prone to secondary illnesses. Marijuana stimulates the appetite. Chemotherapy patients who use it are more likely to maintain body weight and suffer less from nausea.

The scientific evidence for these claims has led chemists to create a synthetic form of THC, taken as a pill called Marinol. However, the pills seem to have less effect than smoking the drug. Perhaps this is due to the fact that the pills have to be swallowed and digested, and this can be a problem for cancer sufferers.

For several decades marijuana has been described as a "gateway drug"—one that leads users to experiment with more dangerous, more addictive substances. That theory has been dismissed, however. Most people use marijuana and then stop taking any illegal drugs. Far fewer progress to other substances. So it could just as easily be said that marijuana is an "end stage" drug. Again, the individual person's mental makeup determines whether or not marijuana use will lead to harder drugs. People with family histories of mental problems, alcoholism, anxiety, or depression should try to avoid every psychoactive substance, including legal ones like alcohol and nicotine. (Entries for alcohol and nicotine are available in this encyclopedia.) For anxious or depressed people, better treatments exist than marijuana use.

I plan to keep researching why its good and bad. I'll looks for credible articles and evidence on why cannabis is good and should be legal. And also the effects and impact it will have in future generations.

I came to the conclusion that i might be a good idea to legalize cannabis. Of course it will be regulate and taxed. Regulating the sale of weed to adults in small amount and taxed to make a profit. Selling legal weed will create new jobs and lower crime rates because consumers will stop killing to obtain the drug. Also many medical advances will be made and perhaps a cure to cancer could be found. In the process of completing this genius hour project I have widen my opinion on cannabis. Also learned that researching is complicated because there are many sites out in the web but very few are credible.

Brayan is using Smore newsletters to spread the word online.