Who were the Nisei Warriors?

The Nisei Warriors served in the 100th infantry battalion and 442nd Regimental Combat Team. After Pearl Harbor, Executive Order 9066 put all Japanese Americans in internment camps. Men had the option to serve in the US Army. That's where the Nisei Warriors came from. 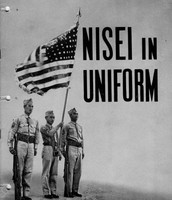 Nisei Warriors proving their loyalty to their country.

This picture should not be here and can't get removed

What exactly did they do?

They helped invade Italy to free the city of Rome. They faced discrimination because their whole race was put into internment camps. This whole group received 4000 Purple Hearts, 450 Silver Stars, 9 Presidential Unit citation, 21 Medal of Honors and a Congressional Medal of Honor. 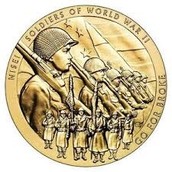