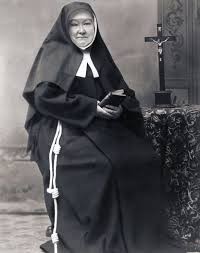 Once upon a time, there was German nun named Theresia Bonzel started the Sisters of St. Francis of Perpetual Adoration in Olpe, Germany in 1863. Mother Bonzel died in 1905, but that didn't stop her from doing God's work. Her physical life is most-likely interesting and exciting in itself, but the main topic of discussion is the miracle associated with her.

Healing of the Colorado Springs Boy

Luke Burgie was 4 years old when he was suddenly struck with gastrointestinal problems. His condition kept him from going to school as he wasn't able to control his diarreha dilemma. Doctors weren't even able to diagnose or treat the problem, which made it worse for Luke. His mother said that he just stopped growing and he stayed at home for weeks. Luke suffered for six months because of this condition. Doctors soon began to suspect a tumor in his colon as the cause of the problem.

The doctors were pondering surgery until suddenly on February 22, 1999, his illness vanished. Two members of Mother Bonzel's order, Sister Margaret Mary Preister and Sister Evangeline Spenner, reportedly prayed to her for nine days straight to intercede for Luke. The doctors and Luke's family were completely shocked. If the cause of the problem was a tumor, it wouldn't just disappear without some outside forces intervening. This shows that you can rely on saints and their works with God.

-This miracle helped Mother Bonzel get Beautified on November 10, 2013

-During the process of proving whether or not the event was a miracle, members of the Vatican asked the parents of Luke if they were just giving him laxatives to get attention.