Niyah is using Smore newsletters to spread the word online.

Get email updates from Niyah:

Was it necessary during World War II ?

Was it necessary during World War II ? 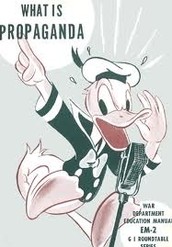 "Propaganda" means using publicity to convey a message or idea. "All propaganda is a systematic effort to persuade."

What was the problem?

" During world war II (1939-45) people on the U.S. home front faced gas rationing, shortages of certain food, over crowded public transportation, and bans on pleasure driving." There was a lot of commotion during the war on propaganda and people were being forced to do things they didn't want to 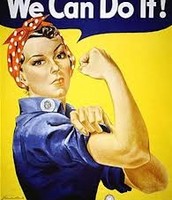 Woman getting their chance

This poster of Rosie the Riviter, showed women during WWII that they could show the world what they were capable of and that women could get jobs. 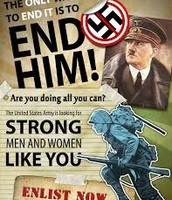 This is one of Hitlers posters. This caused fights between men and frightened the public. 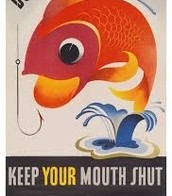 "Don't be a sucker! Keep your mouth shut." One of the posters many people have seen during WWII and have argued about.

What was the solution?

" Propaganda is information desinged to shape public opinion. Radio, Moives, and all the popular media provided the U.S. government with an effective means of funneling wartime information to the people. At the same time, these media forms gave people on the homefront a welcome escape from the war."

World War II had ended and the commotion died down.

The public was disturbed and scared just by the posters of propaganda. It even started many fights and it made people feel patriotic. Even soldiers fought from propaganda but it also caused people to support the war. Otherwise, world war II would've been much smaller. Also, many people had died and there were still many fights and arguments but not as many as before.

World War II was the worst war in American history. In addition to that, there were also some positive things that happened. Most importantly, Woman could finally show everyone what they were capable of. They got jobs in factories filling in for people that had to go to war and they proved that women, are too as powerful as men. The war ended and we won. We also got newspaper, Radio and more.

Propaganda is even used today. In Ads, persuading you to buy peoples products. It's mostly used in commercials. Propaganda is said to be a very useful tool in advertising today. It can be seen in any type of technology. Internet, art, even music. Propaganda is everywhere! After all, maybe propaganda was necessary.. Or was it? 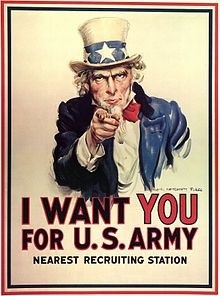 Niyah is using Smore newsletters to spread the word online.