By Brett Halpern and Justin Linn

By Brett Halpern and Justin Linn 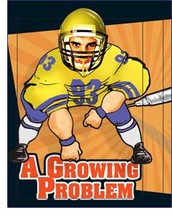 Our topic is the growing problem of steroids in sports. Our driving question is how can we create a presentation that will inform people about athletes taking steroids. There have been a lot of positive tests that show it makes the sport to easy because of all the muscle. In football it is big problem for high schools because they are doing it to look bigger. It was also a big issue in the Mlb but it has had more testing lately. That is what our topic is about

Programs are helping to get ride of steroids.

Florida is starting to take action in these steroid testing programs. Football players are over dosing which is causing serious side effects such as suicide. Schools are starting to engage in these steroid testing programs. It is mainly for the bigger football players. They are getting the steroids from people who are prescribed them from doctors. The people who are selling them is almost as bad as selling serious drugs.

This paragraph show how Texas is dealing with this problem. Although it hurt Texas because all of it costed 10 million but it might pay off in the long run. It is very expensive but an efficient way to identify drug use and save some lives. Some of the cheaper drug problems don't work well at all and it hasn't worked. According to Vice Sports,"It is a growing problem because when they overdose there are some horrible consequences. That is how Texas is dealing with the problem. 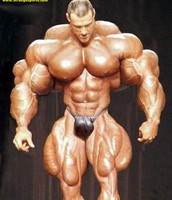 Drug Enforcement and Side Affects

500,000 athletes have started using steroids. They are used to artificially improve your athletic performance and to look bigger and tougher. When you over dose on steroids there can be consequences such as suicide and mental damage. Tests are very expensive so they are rare for schools to do. Now coaches are taking classes on how to recognize it and how to deal with it.

Follow justin linn
Contact justin linn
Embed code is for website/blog and not email. To embed your newsletter in your email, click HERE to see how or reach out to support@smore.com