In 1918, the U.S. suffered a home front crisis,an international flu epidemic. It affect one fourth of the population. This event was very devastating and caused a lot of problems in the country.

Scientist try to find a cure

Masks were to be weared during this horrific time

The flu was a terrible thing that led to many problems

"So many people died from the flu they just rang the bells; they didn't dare take corpses into the church"

Epidemic killed about 500,000 Americans before disappearing in 1919

Influenza killed as many as 30 million people

WWI Brought on death and disease to millions but, like the flu epidemic, the war came to a sudden end

After four years of slaughter and destruction the time had come to forge a peace settlement. 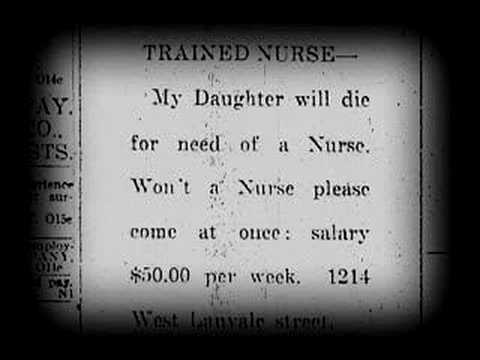 m.youtube.com
A documentary comparing the 1918 Spanish Influenza pandemic with modern-day health capabilities, in the event of an act of bioterrorism or any large-scale in...