dadricka is using Smore newsletters to spread the word online.

Get email updates from dadricka: 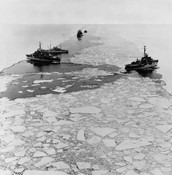 FACTS ABOUT THE U.S. NAVY !

* in 1962 , the navy and the soviet came as close as they ever would to Global Nuclear War

*the last major ship of the U.S. was lost in World War 2

*the u.s. navy has to take cover by huddling in a boat

* many of their missions involve water

*they use lightweight m-4 rifles

*they use electronics to send information around the world

*they also use machine guns , radar , and armored hull

*they sometimes drop from ropes

* DVP's help them get around on land

* a team have 6 platoons 2 officers , and 14 enlisted members

some pictures of the u.s. navy !

the place of one war

dadricka is using Smore newsletters to spread the word online.