corey is using Smore newsletters to spread the word online.

Get email updates from corey:

Two advantages for sharing online are,

- Connecting with friends and family who you don't see often.

- Once you post something it will always be there.

- If you have negative posts employers can see it.

3 things you should keep private on social media are,

Explain the effect that a negative online post can do to someones reputation,

- Future employers can see everything and if you're a high school student colleges can also see it. 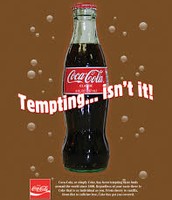 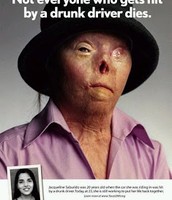 This ad is trying to show how when you drink and drive it doesn't just effect you and it can really ruin someone else's life. This is primarily trying to reach the ages 18- 35.

What is cyber bullying?

- Cyber bullying is the abuse of other humans while using any form of social media. Such as making rude posts about someone else who is not fighting back.

How does cyber bullying typically escalate?

- It usually escalates when the kid refuses to tell an adult, so the bullies have no consequence for doing so.

What can the victim do? What can you do to de-escalate a potential cyber bullying attack?

- The victim can choose to tell an adult or to fight back, to stop a potential cyber bullying attack you can inform a parent or respectful adult.

Body image and the media

-I think it is inappropriate to digitally manipulate women and men's pictures because it gives people unrealistic goals to live up to. Which can have longer term depression because they spend their whole life trying to look like the ads when it isn't realistic.

- The media has a big say on stereotypes because that's something that reaches most of the world, so when an ad says that "if you don't drink 100% protein are you really a man?" it makes any guy who doesn't do so feel put down.

Violence in the media

- The effect that this has on children is that they think it's real life, so in their head because they can't really comprehend long term effects they think that if you shoot someone they'll just rejuvenate or re spawn. Which obviously isn't possible.

- I agree and disagree but I think it's really up to the kid to act accordingly, some kids who truly live in a fantasy world may allow violent video games to dictate their life and how they act but most kids know the difference between real and imaginary.

- If I had to go a week without a device I think it would be hardest to give up my phone because it's the only way I communicate with people. That experience would show me that before technology you had to actually have people skills and you couldn't just hide behind your screen.

- I do think teens feel pressure to appear a certain way when it comes to social media, because if you don't have a popular appearance then you wont be popular when it actually comes to school. I believe it's more pressure for girls because they're supposed to make themselves look "sexy" or make themselves look appealing for males.

corey is using Smore newsletters to spread the word online.