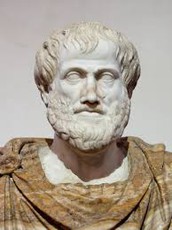 A Review Given By The Great Philosopher Aristotle

This film is a must see! Read Aristotle's review on a movie that even he would enjoy!

What Aristotle Has To Say.....

Plot: During this movie, Mowgli, who is an abandoned child was raised by wolves, is disturbed from his peaceful life when the man-eating tiger Shere Khan returns to the forest. He is forced to leave the pack of wolves that raised him and return to his true home. Bagheera the panther and Baloo the bear both help him through his journey.

Characters: Mowgli, Baloo, Shere Khan, Bagheera, Kaa, King Louie, and Raksha also bring this story to life. Mowgli is the main character, interacting with the other characters during his journey to the "man village".

Thought: One of the major themes in this movie is that man is the most dangerous species when surrounded by other animals. The wolves accept Mowgli into their pack because the know that if they do not, the child will disrupt the order of their lives.

Diction: Words such as "Mugger" and "Bandar-leg" make it obvious that the film director knows his jungle terminology.

Sound: George Burns is the composer of two songs played during this movie "Overture" and "Baby". The tone is really set by these songs along with the playful tune of "The Bare Necessities".

Spectacle: A young boy talking with a bear, panther, and other jungle animals.... A sight that definitely captivates the audience! The personification that is combined with the jungle garb that Mowgli wears successfully establishes him as an interesting character. 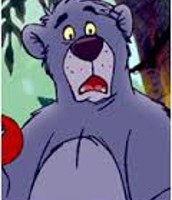 Do Not Miss This Next Big Hit!!!