Here are some books that help teachers teach friendship!

Here are some books that help teachers teach friendship! 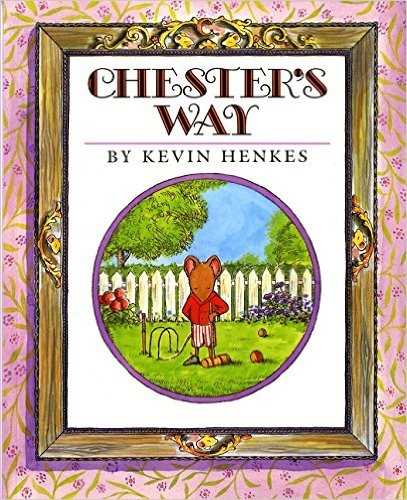 In this book, Chester has a best friend named Wilson. They did everything together to the part where their parents can barely tell the two a part. One day, Lilly moved into the neighborhood and she was different from Wilson and Chester. They have a difficult time accepting her until she stands up for them. From that point on, they learn that they have a lot of things in common with each other. They all become very close friends at the end. This book could teach students that you should always stay open and welcome new friends! 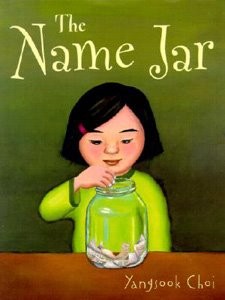 Unhei just moved from Korea with her family and she is currently at a new school. On her first day of school, the students in the classroom wanted to know her name, however she’s decides that she’s going to choose a new name to prevent others from mispronouncing her name. After school one day, Unhei met Mr. Kim at a Korean grocery store and she told him her real name. He mentioned that her name was beautiful. At the end of this day she tried out different names, however she didn’t feel that anything fits. The next day of school Unhei came with a jar full of names chosen by the students inside of the classroom. There was a guy that was nice to her from the first day of school named Joey. He wanted to know her name therefore she stamped the paper with the stamp that her grandmother gave her before leaving Korea; he kept the paper. A couple of days later, Unhei goes back to the store where Mr. Kim is and she sees Joey who over heard her real name. After two tries, he pronounced her name correctly. The next day Unhei’s name jar is missing, however she was ready to tell the class her name. She decided to go with her real name and she helps everyone say it correctly. She decided that she liked her real name and she wouldn’t want to go by anything else. When Unhei returned home, Joey came to visit. He told her that he took the jar so that she would go by her real name and that he even has his known Korean name. Overall, from reading this book students can see that being a friend to someone can go a long way and mean a lot to another person. 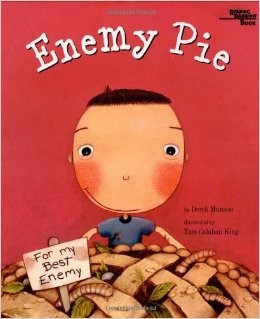 The narrator has his first enemy named Jeremy Ross. He was his enemy because he didn’t get invited to his party and he laugh at him during baseball games. Therefore, he went to his dad who had a recipe for Enemy Pie! The only way to make the pie work was for the narrator to to spend a whole day with the enemy Jeremy Ross. At the end of the day, the narrator realized that he actually liked Jeremy Ross! They all ate the pie, and the narrator ended up losing his best enemy. This book teaches children that friendship can be formed from any situation, therefore it is important to actually get to know a person. When you take the chance to get to know someone they can actually become a really good friend! 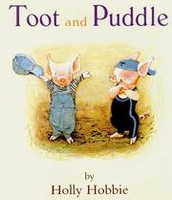 This is the first book of the Toot and Puddle series, however it sets the foundation for the rest of the books created by Hollie Hobbie. In this specific book Toot wants to travel around the world while Puddle wants to stay at home. Although the two friends are far apart from each other, Toot continues to write to his friend. At the end of the book, Toot returns home and the two friends are happy and still friends. This shows that it’s perfectly fine for two people to like different things and still be friends with each other. 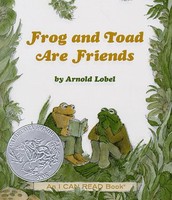 Frog and Toad Are Friends

"It's April, and Frog is looking forward to a whole year of happy times with his best friend, Toad. If only Toad would agree to wake up from his long winter nap! In the first of five short stories, clever Frog finds a way to rouse his sleepy friend. And as children will soon see, theirs is a marvelous friendship. When Frog doesn't feel well, Toad tries to tell him a story. When Toad loses a button, Frog helps him look for it. When Toad goes swimming in his funny bathing suit, Frog tries not to laugh, and when Toad is sad because he never gets any mail, Frog knows just what to do" -scholastic.com 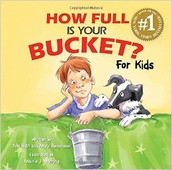 How Full is Your Bucket?

"Felix begins to see how every interaction in a day either fills or empties his bucket. Felix then realizes that everything he says or does to other people fills or empties their buckets as well. Follow along with Felix as he learns how easy it can be to fill the buckets of his classmates, teachers, and family members. Before the day is over, you'll see how Felix learns to be a great bucket filler, and in the process, discovers that filling someone else's bucket also fills his own." -strengths.gallup.com/

Chester's Way read by Vanessa Marano & Katie Leclerc
The Name Jar
Enemy pie
Frog and Toad Are Friends (1985)
How Full is your Bucket? For Kids