Get email updates from Karanveer:

Hi there! Bonjour! Hola! Kon'nichiwa! Greetings to all. Welcome to this website! Here you will have easy access to information about mining, the impact mining has on the world, real footage of mining as well as some interesting and fascinating facts, hope you enjoy!

Mining is the removal of natural rocks and minerals from the Earth. Mining provides many things including manganese, tantalum, copper, tin, nickel, bauxite, iron, gold, silver, and diamonds, metals, coal, oil, gemstones, limestone, potash, gravel, and clay are just some examples of things that are mined. 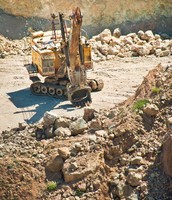 Mining has been around for many years. Mining can go back to ancient civilizations in Europe and Africa. Mining is known as the extraction of the Earth, since humans destroy the environment while mining, the land and underground gets ruined forever. The environment is destroyed before mining, during mining and after mining is complete. Mining is done in many ways, some types of mining include surface mining, underground mining, highwall mining, strip mining, mountaintop removal, dredging and many more. 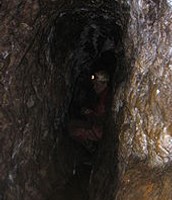 Why does mining happen?

Mining is caused by the needs of humans. Mining is needed for things which people cannot grow above land. Metals and coal for example need to be mined because they cannot be grown through human methods or be created by hand and machines. Mining is also needed for daily life, the extraction of all these non-renewable resources like petroleum and gas is needed to motor our vehicles like cars, buses and even planes. Without the need of all the extraction mining would not be needed in this world.

First documented miner, designed into Historic Glass Window, 1330 in Freiburg, Stadtkreis, Baden-Württemberg, Germany
Another reason why mining exists is because of business and money. Many people and corporations depend on mining for income and sales. These corporations make money off the minerals and resources found under our land which bring in a great amount of profit. Without mining these big companies would not make money, therefore will not give up mining to save the environment. 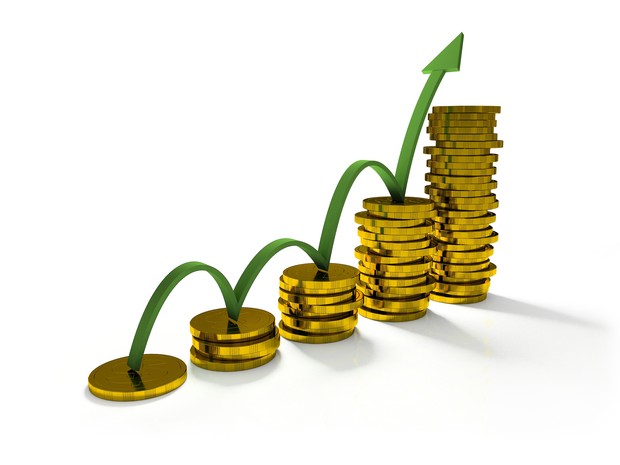 Mining does not only allow successful establishments to make money but also provides many people with jobs. The country is also dependent on mining to provide jobs for their citizens and make money for Canada, thus strengthening the economy. Not only does mining benefit the citizens but also helps the country make sales around the world for the resources Canada has which other places do not, giving Canada international world-wide trading as well as high end profits.

What will happen if nothing changes?

If mining continues, the environment will be affected with a large negative impact. Environmental damage done by mining includes development of sinkholes, contamination of soil, groundwater, surface water, destruction of forests habitats as well as the destruction of wild living animals, insects and both land and underwater organisms. Mining also has a great impact on air pollution and global warming. Not only does deforestation affect the many ecosystems but also affects civilization around the mining area. For example, many chemicals are leaked into rivers and lakes which connect to nearby towns. These contaminated lakes do not only cause species to migrate to other places but also cause other ecosystems to get new alien organism in their habitat therefore, unbalancing the food chains. 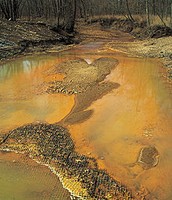 Contaminated Water by Acid Mine Drainage

Another way water pollution affects animals is that it causes species to grow unnaturally, meaning many animals consuming the soiled water would get unhealthy side effects. Many eggs which are laid underwater get altered by the pollution, when the eggs get in touch with the pollution the growth pattern changes for the certain animals. For example, many fish which are born in a pollution body of water hatch with multiple extra features like more than two eyes, and multiple fins.

These unusual growth patterns are caused by the contamination from mining. Not only do animals get affected by the pollution from the appearance of their bodies but also their organs get infected. These abnormal infected species later get eaten by humans for which making people also contaminated with viruses. Another major effect from mining are the garbage dumps. 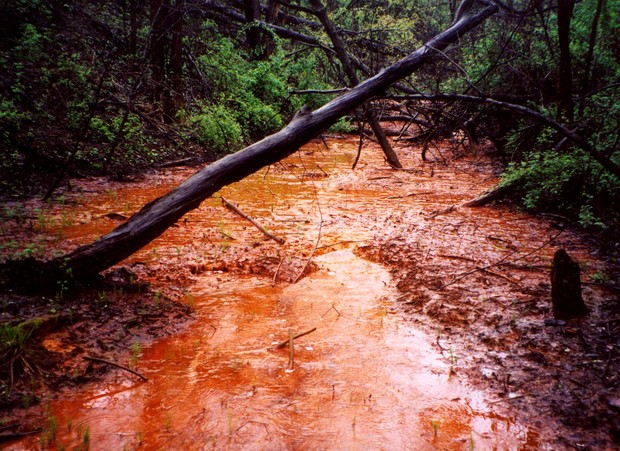 After mining is complete many areas are left behind with damaged land and enormous landfills which cannot be destroyed or taken out of the environment. In areas of wilderness mining also causes disturbance of ecosystems and habitats, with mining noise. In many developed environments mining may produce noise pollution, dust pollution and visual pollution.

People near mining areas usually are exposed to toxic wastes making them sick. People can develop skin rashes, headaches, vomiting, diarrhea, etc. Luckily, in Canada we have government covered health care but many people who cannot afford to go to a doctor, are often not treated for their severe illnesses. All in all pollution dose not only affect animals but also has a great effect on human growth, living and development.

Quick Facts! Here Are Some Before & After Results From Mining! 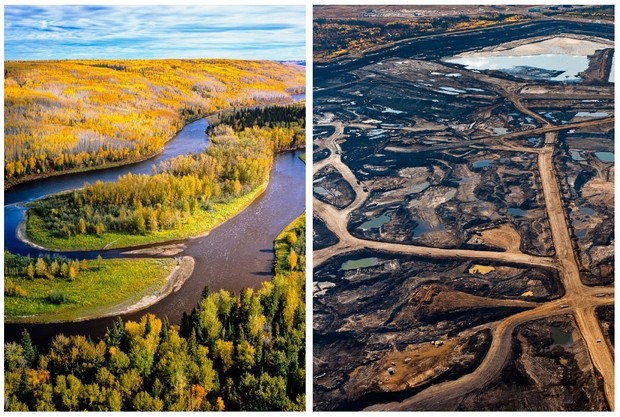 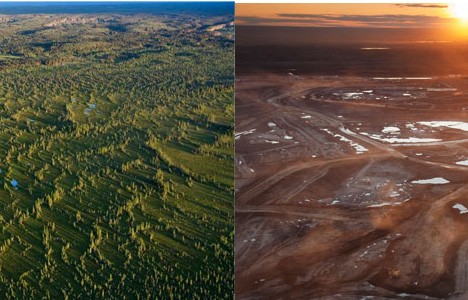 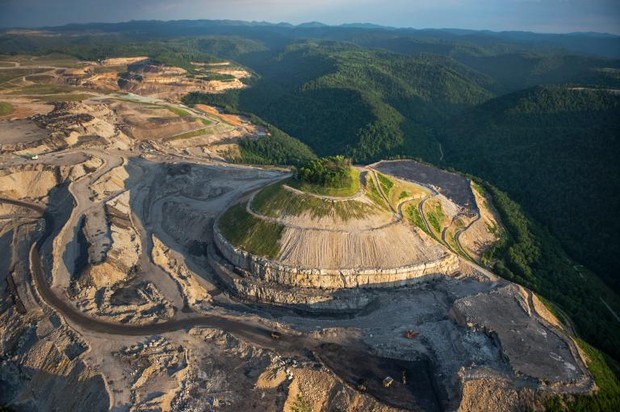 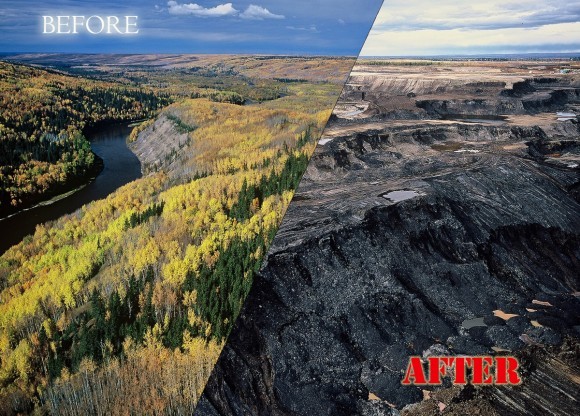 how do we change this?

There are many ways an individual can help protect the environment from mining. Firstly, people should try using more renewable energy resources instead of coal, if everyone used environmentally friendly types of power sources, coal mining would not be an issue. 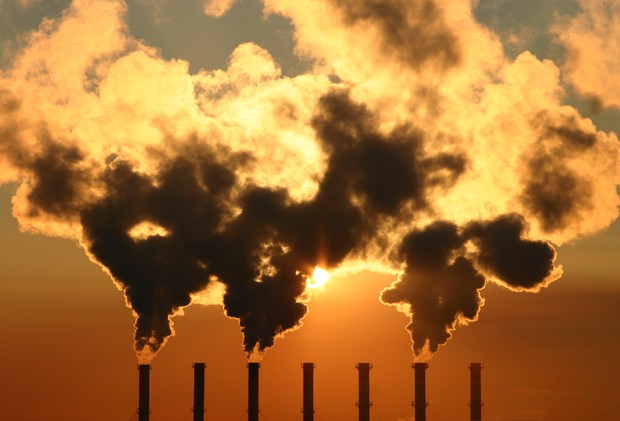 Another way to help reduce mining is by reusing certain types of metals. If the consumption of resources that are extracted from our earth are reduced than mining will eventually reduce as well. Another way to help is by spreading awareness about mining, get connected with community members and teach them about the issue.

how technology can help us

Technology that has been invented or has been an innovations both help spread awareness for mining. Major technology which was created to address the challenge includes; Environmental control technologies, better geohydrological models, drones (for better views), novel drilling techniques (improvements in drilling and measurements, less damage to the Earth). 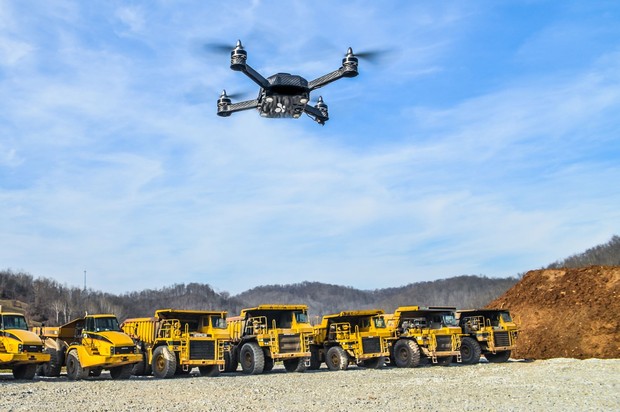 Other forms of technology include machinery to dispose waste and filter water. Even though water filtration cannot be done back to its natural phase, some bodies of water can be filtered down to take away pollution within the water.
Mining: The Canadian Perspective

Visit this site for more details on mining in Canada, and further information about Canadian Corporations along with perspectives from Provincial and Territorial Mining Associations and Native Canadian, Aboriginal views.

The Impact this has on our Ecosystems

Mining has a great impact on our ecosystems because of the amount of pollution towards living things which are affected by the mining. The more land used to mine the more species are forced to move to other places and more ecosystems being affected. With mining occurring animals are forced to be homeless and migrate to other regions they are not familiar to, introducing themselves to new ecosystems. 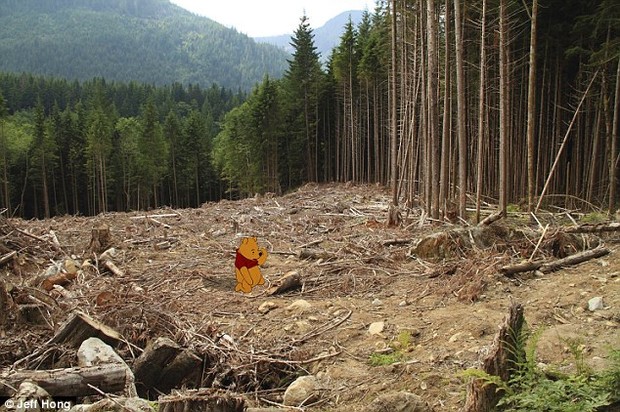 how this impacts human health

Mining affects human health quite drastically, many tend to believe only the environment is being harmed by mining but fail to see that humans are too! Mining causes various types of pollution's and damage to the Earth (as listed in the beginning of the site).

Mining harms animals, for example fish that some humans consume which impairs human internal systems. Not only do people consume infected fish which harms their health but also breath in toxic air as well. People who live near mining resorts tend to have poor air quality due from the air pollution, leading many to have breathing and lung problems and damages.

how the economy is impacted

The economy is positively and negatively impacted by mining. The economy can provide jobs for people through mining, strengthen their economy and even continue trades with other nations. Though, negatively damage the Canadian environment and harm their citizens, through environmental contamination. 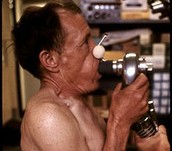 Black Lung Disease, due to mining 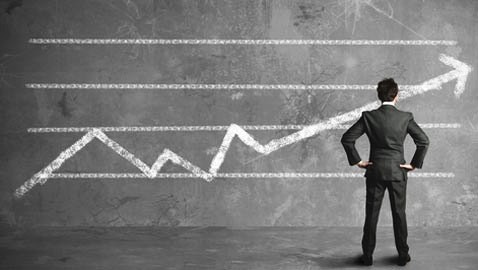 Hope you learned a lot from this website, unfortunately you have reached the end, but you can still explore and learn more about mining and its affects on the environment through other websites and books! Hope you enjoyed and gained some knowledge on mining!