Cade is using Smore newsletters to spread the word online.

Get email updates from Cade:

The Effect of Energy on the Earth

The Effect of Energy on the Earth

Solar energy may be on of the best energy sources to use due to its perk of having no pollution, but solar energy can cause more harm than you think. First of all, it takes up a lot of land and habitats may have to be destroyed for solar panels to be placed. There is also quite a bit of hazardous material used to make solar panels such as photovoltaic solar cells.

Most people think that biofuels are a good source of energy because it is supposively cleaner and more efficient. Biofuels have been proven to not be that much more efficient than some other energy sources. It is not much cleaner either. The amount of pollution that it produces is equal to the amount of other sources.

Hydroelectric energy, along with all other sources of energy, has a bad impact on the environment. Hydroelectric energy takes up a lot of land to make a plant to circulate the water. The need for a lot of land has a big impact on animal habitats and takes their place to stay away, causing them to have no shelter or food. It also release different gases that pollute the air and endangered the atmosphere.

Using non-renewable resources has a big impact on the the environment. Using them causes a lot of carbon dioxide to be released into the air and pollutes the atmosphere and land around it. One downside of using them is that they are being used way too fast and when we run out there will be a major energy source that will be destroyed. 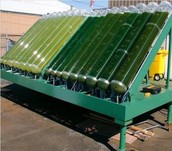 Cade is using Smore newsletters to spread the word online.