mckenna is using Smore newsletters to spread the word online.

Get email updates from mckenna:

Should the Death Penalty be allowed?

Should the Death Penalty be allowed?

Even though it's mean to people, sometimes we have to kill somebody because they have done something bad to the society and if the person gets out of the jail and then we have another chance of that person killing more people. I think we should have the death penalty because I don't want to get hurt by the person who is killing lots of people.

When you are putting a person into the death penalty, the money it costs the government to kill them with the machine comes around 2 million dollars a case they have to pay for. From 1976 the number of people that have been killed is 1,392. African Americans and Hispanic people are the ones that get in trouble for most of the capital crimes. The police and the government should not have to deal with a person who has got sentenced before.

We should not have to deal with people if they do something bad to our environment if they are killing people. Even though it costs the government lots of money to kill someone for the death penalty. But on the other hand, the death penalty donest reduce crimes, and bad stuff like that. 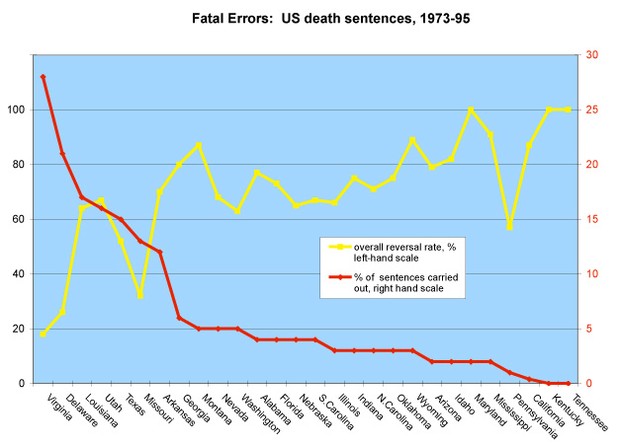 The crime reduction is more than higher than anything. Also, stated from website, "Homicide rates for states that use the death penalty are consistently higher than for those that don’t. The most recent FBI data confirms this. For people without a conscience, fear of being caught is the best deterrent. The death penalty is no more effective in deterring others than life sentences."

Other punishments consist of victims from families. Where they have to go through a longer process to see if they are telling the truth or not. If someone wants to sentence someone then they have to go through the conflict of how many times they have done something bad and/or if the police has been notified. Sometimes things can happen when they accidently sentence the wrong person but that only happens every so often. Then the government feels terribly sorry for killing the wrong person.

Rebuttal #1: Theres no poi t and keeping someone alive if they are going to keep getting in to trouble.

Rebuttal #2: Stated from the website, "The death penalty must be available for the "most unspeakable crimes.

Rebuttal #3: There should not be any law enforcement shootings around.

Rebuttal #4: When people get out of jail you never know what will happen they are just going to try to make another crime scene in killing somebody.

mckenna is using Smore newsletters to spread the word online.