26th President of the United States

26th President of the United States 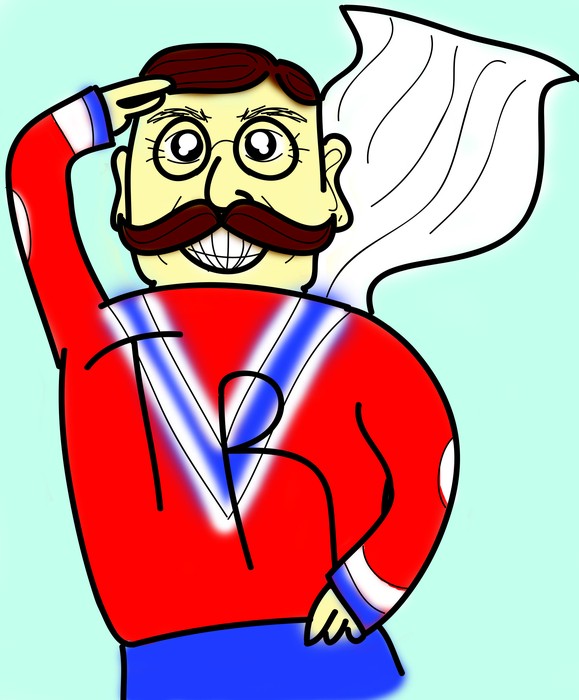 TR is known for his no-nonsense political policies and trust-busting abilities. During his presidency TR didn't let anyone get in the way of his progressive reforms, not even Congress. He along with his "Big Stick" diplomacy worked to fix political and social issues both inside and outside the United States. He was especially invested in trust-busting, or bringing the hammer down on monopolies and large corporations.

Jungle Boy AKA Upton Sinclair is TR's faithful sidekick. He got his name due to his defensive of the working conditions of the working man. He along with his pen helped to expose the wrongdoings of large industries such as meat-packing, oil, and mining. The duo first met when Sinclair's most famous novel The Jungle (1906) greatly influenced TR and even had him on a no-meat diet for awhile. The novel focused on the unsanitary and awful working conditions of the meat-packing industry and helped to spark a nation-wide interest in investigative journalism. Both TR and Sinclair have an interest in bringing down corruption and large industries which is why they work so well together.

Corporation Chaos is the duo's nemesis. Corporations and their monopolies controlled the economy of the nation and allowed for no other competition in their respective fields. This was a problem because without competition a company is free to control prices and keep them unfairly high among other transgressions. TR was known throughout his presidency for his trust busting activities which allowed him to break up over 40 large (and dangerous) corporations and monopolies. He would use antitrust lawsuits to attack the guilty companies The corporations were the root of much of the political and economical corruption during this era and Roosevelt would have none of it.

Follow Sophie Nauyokas
Contact Sophie Nauyokas
Embed code is for website/blog and not email. To embed your newsletter in a Mass Notification System, click HERE to see how or reach out to support@smore.com
close