February may be the shortest month of the year, but with Groundhog's Day, Valentine's Day, and Presidents' Day, February is packed with celebration and observations. In addition to the holidays on the national calendar, LPS will also celebrate the 100th Day of School on February 5 and the elementary grades will recognize the literary and pop culture contributions made by Dr. Seuss Feb. 25 - March 1. We look forward to the fun and excitement this last month of winter will bring! 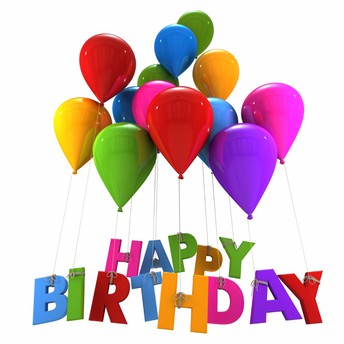 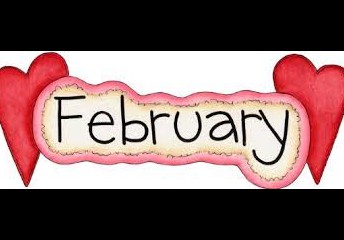 February 8 - Coffee with the Admin (8:30 AM at Secondary Campus)

February 13 - Early Release for Everyone 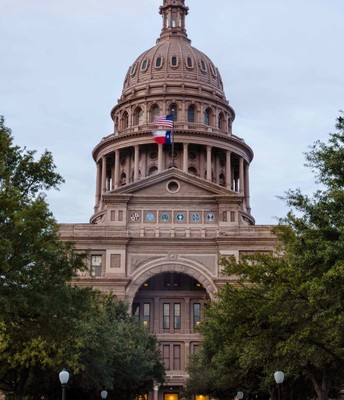 The Texas Legislature convenes for 140 days every other year to set the state's budget for the next biennium, which includes the state's financial contribution to public education. Additionally, legislators will debate legislation that impacts public education during this time.

LPS is a member of the Texas Charter School Association (TCSA), an organization in Austin that advocates for charter schools across our state. While TCSA actively engages with state lawmakers in Austin on a regular basis during the legislative session, legislators need to hear directly from their constituents to better understand how important charter schools are in their communities. To add your name to the 2019 Pledge in Support of Charter Schools, simply click here. Additionally, you can sign-up to receive updates on actions taken by our Legislature that affect charter schools. There is no cost to individuals or families to participate. 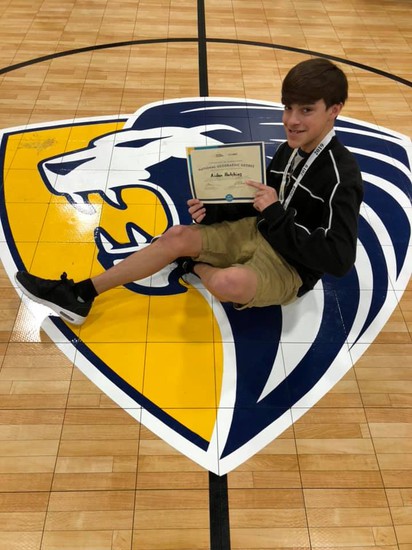 Aidan Hutchins, 10th grader at LPS, won the school-level 2019 National Geographic GeoBee challenge at LPS last month. The National Geographic Society developed the GeoBee in 1989 in response to concern about the lack of geographic knowledge among young people in the United States.

School champions, including Aidan Hutchins, will take an online qualifying test; up to 100 of the top test scorers in each state then become eligible to compete in their State GeoBee. The winners of the State GeoBees receive an all-expenses-paid trip to National Geographic Society headquarters in Washington, D.C. next May to participate in the GeoBee National Championship, competing for cash prizes, scholarships, and an all-expenses-paid Lindblad expedition to the Galapagos Islands aboard the National Geographic Endeavor II.

About the GeoBee, Aidan said, "I'm pretty happy. The GeoBee was energetic and nerve-wracking, but I tried to just stick with what I know and not think much about it. I love history. After watching the competition at our school last year, I though, 'I can do that!' I'm so happy I did and hope I do well on the test."

Fueling his passion, Aidan has travelled extensively. He has been to Italy, Germany, Austria, Switzerland, the Bahamas, Canada, and Mexico. He remembers the Bahamas most and says it was his favorite place because he loves the culture there.

It's no surprise that Aidan's plans after leaving LPS involve travelling the world. In particular, Aidan hopes to visit St. Petersburg, Russia someday and learn more about the history of Russia.

"I want to encourage everyone to follow what they are passionate about and do research. You never know what can happen!" concludes Aidan.

On Friday, January 25 LPS elementary students ditched their uniforms and donned yellow in recognition of National School Choice Week. Students showed off their dance moves during a campus-wide assembly, sang songs about leadership, and celebrated their ability to attend our school of choice.

Open enrollment for the 2019-2010 school year begins Monday, February 4 and runs through February 22, 2019. If you have friends or family members interested in LPS, have them complete the forms on our website at www.lpsfrisco.com. The names of the applicants who submitted the appropriate forms during open enrollment will go into a random electronic lottery to fill available spaces and generate a waiting list. The lottery will be held on Thursday, February 28, 2019. 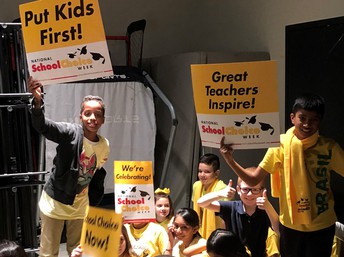 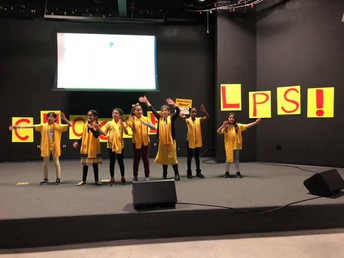 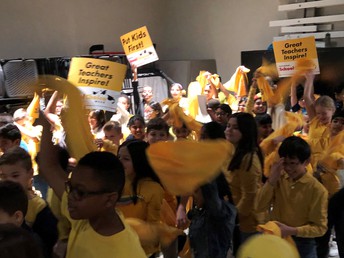 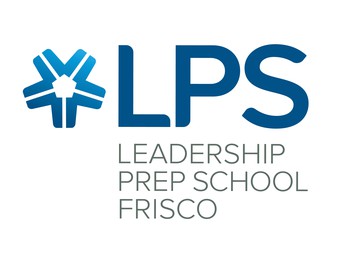