Camryn is using Smore newsletters to spread the word online.

Get email updates from Camryn:

When the plane crashed. Brian was talking to the pilot. The pilot had pain in his shoulder. Then he had a heart attack and brian had to fly the plane he was so nervous and he knew he had to land fast because not much fuel left. He knew he couldn't land it softly so he looked for water to land it on. He found some water and thought well here it goes and went for it. He landed in the water and had a rough landing. He was fine but soaked and was all bruised.

Why is that important?

If it weren't for the plane crash he wouldn't have to do all these ricks. To survive the woods as he just wanted see his dad. 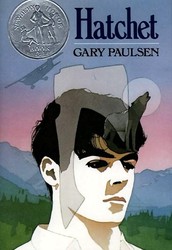 Summary of the Story

There is a boy named brian and his parents are divorced. He was not happy he kept thinking about it. He is on his way to the airport and hasn't talk to his mom the whole way there. His mom gives him a hatchet. He then gets on the plane it is just him and the pilot which he has never met before. They don't talk very much at first. The pilot starts to have pains in his shoulder. He has a heart attack then and Brian has no idea what to do. He figures out how to keep it in the air for a while and then he sees there isn't much fuel left. He thinks he has to land it some where. Many risks Brian takes on this journey. He figures he has to land some where with water. He found a L shaped lake and lands his single engine plane there. It wasn't as soft as he thought. He gets out of the plane and swims to the surface. He had to pick his own berries. Fight the outdoor animals. Deal with the outdoor battles. All by himself.

Camryn is using Smore newsletters to spread the word online.