It was a time where the United Staes had finished World War 1 and the people showed a great deal of nationalisim for their country.

There were many fundamental movements and changing of social conventions. After the war many americans feared immigrants which lead to a law that was passed by congress which cut the numbers of immigrants that entered the U.S. People feared immigrants because they thought that they would come to america and take their jobs since many came in the look for a better future. Racisim was stil a big problem in the U.S It got to the point where hatred groups fromed against certain race groups an example of a group would be the KKK. Later the economy worsened when the stock fell and many people lost their money. Banks also closed since in the panic and fear of losing everything. Had people rushed to get their money out of banks. Also many lost their jobs and were left homeless. Providing food for their families was a struggle that almost every american faced. During the time of the depression president Hoover was elected. Americans put their trust in him but were let down when the president did very little to recover the falling economy. 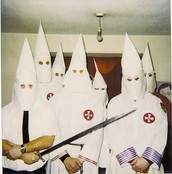 With the crash of the stock market, people loosing their jobs, as well as many homeless and without food america needed a strong goverment. They relied on the current president of the U.S which was president Hoover. Sadly to many americans Hoover did very little to help reform the economy. The war had a big impact on the people and the goverment. It took alot of money to finance the war and that led very few money to other problems that their might of been during that time. Yet the nation should of seen this coming.  Not all was bad before the great deppresion industry was growing. With the war their were many jobs and especially for women. They started having a more imprtant role. After president Hoover Kenedy took the chair and develpoed a new plan to reform the economy. He started by making congress pass bill extrodinarly fast. The program set many peole to work. He also thought about what he could do to pervent something like the great deppresion from happening again. Even though many critized his desicions Kenedy definatly changed the situation for America. He thought and made reforms that helped many people better their lifes and at the same time better their economy.