Cyndy is using Smore newsletters to spread the word online.

Get email updates from Cyndy:

The Official Publication of AAUW MN

The Official Publication of AAUW MN 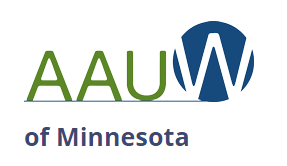 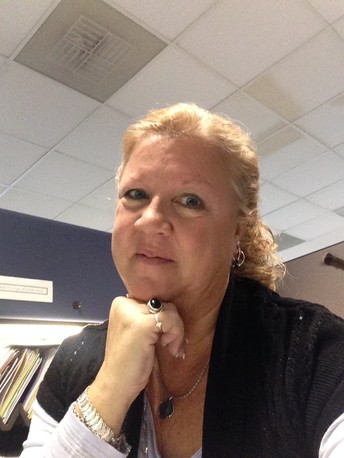 A message from our president, Lisa West

Just a couple of quick updates for December:

In lieu of a convention, the annual meeting for AAUW MN is scheduled for Saturday, April 25, 2020. You’re welcome to attend, but I’m guessing it’s more likely that you’ll watch a “streamed” version at home or perhaps in a Branch group-location somewhere close to your home. I’ll continue to update you as details are confirmed.

The AAUW Regional Convention is shaping up nicely and is planned for June 18-20, 2020, in East Moline, Illinois. Details are being posted on the AAUW Illinois website here: AAUW-il.aauw.net/state-convention. Confirmed speakers are Kim Churches, Kendra Davis, Lisa Maatz, and Denise Lieberman. Eleven states are currently involved in the planning and invitations will include at least four more states. Please check it out and consider attending – this is big and it’s going to be good!!

And a quick update… I mentioned in my November message that the Hastings Branch would be raffling items at its Holiday Gathering to raise funds for an AAUW National contribution. I’m excited to report that the Hastings Branch raised $600!! This is in comparison to a typical $300+ contribution resulting from the State Convention silent auction. I’m so proud of my home Branch, and the members really enjoyed the wonderful selection of donated holiday-themed items. We may do it again at our annual meeting in April!

As always, please let me or any AAUW MN Board member know if you have a question or need help with something.

And, as we move into the thick of the holiday season, on behalf of the entire Board, I want to wish you Happy Holidays!

December Quote: “You cannot get through a single day without having an impact on the world around you. What you do makes a difference, and you have to decide what kind of difference you want to make.” ~ Jane Goodall

In 2019-2020, “our” American Fellowships have funded the scholarly work of five outstanding women across a broad spectrum of academic fields. THIS is the purpose and the outcomes from the funds you help raise every year. We in MN-AAUW can be proud that we have initiated and completed (to stipend-producing level) 12 American Fellowships, 2 International Fellowships, and 8 Research and Projects Grants.

Here is a brief summary of the amazing women funded through our MN-supported American Fellowships. Next month I’ll share the highlights of the exemplary women and projects who have received funding through “our” International Fellowships and R&P Grants. Keep in mind that stipends from multiple funds are usually required to produce sufficient funds to support a Fellow.

Kiara Jorgenson is from St. Olaf College. She received a publication grant in the field of Ecotheology. Her project is entitled “The Ecology of Vocation: Ecofeminism, Doctrine and Justice.” Kiara’s work at the intersection of climate change and Christian theology has investigated the historical development of the Protestant doctrine of vocation. Her current project applies a critical ecofeminist reading of the much-celebrated doctrine as it relates to the justice of work in contemporary private and public realms. Jorgenson is the mother of two daughters, a teaching theologian in the Evangelical Lutheran Church in America and a Girls on the Run coach.

Sasha Suarez, from the U of MN, Twin Cities, is earning her Ph.D. in American Indian history. Her project is: “Gakaabikaang: White Earth Ojibwe Women and the Creation of 20th-Century Indian Minneapolis.” Sasha is a White Earth Ojibwe descendant, an is examining 20th-century community organizing by White Earth Ojibwe women in Minneapolis. Her dissertation argues that Ojibwe women's community work and early formations of the Minneapolis American Indian community are foundational to present-day community structures and that this history represents the continuation and adaptation of indigenous tribal and intertribal identities in urban spaces. She expects to obtain a Ph.D. in American studies in May 2020.

Jennifer DeClue, from Smith College, is completing a post-doc in Black Feminism and Cinema Studies. Her project is called “Ghosts of Visual Culture: Archives of Violence and the Black Feminist Avant-Garde.” Jennifer's research examines the relationship between visual culture and the knowledge produced and circulated about black cis and trans women. Her current book project analyzes short films made by black women filmmakers who, through their engagement with archival documents and avant-garde cinematic techniques, conjure new ways of seeing black women. She argues that these films produce a black feminist avant-garde. Her goal is to complete this book project and attain a publishing contract.

Jennifer’s work was partially funded through the Joann Paden (fund 1808) American Fellowship, as well as two other fellowships.

Paula Ortet is a chemist from Boston University. She is earning her Ph.D. in biochemistry, and her project is entitled “The Design of Bivalent Peptides to Elucidate the Mechanism of Activation of the RET Receptor Tyrosine Kinase.” Paula’s research investigates the mechanism of activation of the RET receptor protein, which plays a key role in the maintenance and survival of neuronal cells. RET is, therefore, a clinically relevant target in neurodegeneration therapy. The goal of Ortet’s work is to pave the way for the development of drugs capable of activating RET to treat disease. She aims to work as a scientific researcher in drug discovery at a pharmaceutical company.

Paula’s research was funded through another MN-supported American Fellowship, in combination with two other fellowships:

Roosbelinda Cárdenas, of Hampshire College in Massachusetts, works in the field of anthropology and archaeology. She received a publication grant for her project “Raising Two Fists: Struggles for Black Citizenship in Multicultural Colombia.” Roosbelinda Cárdenas is an assistant professor of Latin American studies and anthropology at Hampshire College. Her book project, Raising Two Fists: Struggles for Black Citizenship in Colombia, is a historically grounded ethnography of Afro-Colombian mobilization after the multicultural turn that swept Latin America in the 1990s. Cárdenas's teaching and research focus on identity and rights for Afro-descendants in Latin America and social theories of race and racism, social movements, place and displacement, and human rights.

Roosbelinda’s work was funded through two of our MN-supported American Fellowships:

There is so very much to do as we welcome the New Year. 2020 is, of course, building to be the most critical year for our country and AAUW. This update will give you a start to achieving state and branch goals. Much assistance is available using the resources found on the AAUW national website. It begins with our CEO and how we can promote equity for women and girls.

AAUW CEO Kim Churches is providing ‘issue’ updates regularly in webinar format. Hundreds of members are attending these webinars and sharing national perspectives and actions by branch members across the country. The webinars are archived on the national AAUW website. The December webinar will be posted soon.

The October webinar has new information which should be shared with branch members as soon as possible. Watch the recording of CEO Kim Churches’ special webinar exclusively for members with an update on AAUW’s achievements, including reaching our Work Smart goals, rolling out the new 5-star recognition program, and strengthening our governance and sustainability.

Getting ready, it’s going to be a Year of Politics –

There are numerous AAUW Resources branch members may access and use to form actions and strategies to promote the mission of AAUW. Resources targeted to Public Policy are here. I recently received print copies of the Congressional Voting Record. Watch for information in a January 2020 public policy update.

As the AAUW Public Policy committee formalizes its Legislative Day 2020, there are key areas members should read to prepare for our day at the State Capitol. Also, I will assemble more information in a special edition of The PINE.

Report the following to your branch members:

1. How to Host a Rally. The public policy committee has not yet considered a Rally. However, the information is useful if your branch is interested in forming a local event.

2. How to Hold a Meeting with Your Elected Officials.

How to... host a rally / hold a meeting with your elected officials / organize a voter registration drive

Running this article again as there have not been any requests since October.

AAUW MINNESOTA will award several grants during 2019-2020 to support branch projects that further the AAUW mission of advancing equity for women and girls. The Branch Project Grant Evaluation Committee will consider the following criteria in rating the applications.

Click the link below to open it and print it.

This document is also on our AAUW-MN state website.

The AAUW of Minnesota Board is ready to award $1,000.00 to ten Minnesota branches, one scholarship per branch, that send a student to the 2020 National Conference of College Women Student Leaders, aka NCCWS, May 27–30, 2020!

As America’s premier conference for college women, NCCWSL provides a transformative experience for 800+ attendees and prepares them to be the next generation of leaders. I hope your branch will consider giving this opportunity to a deserving young college woman in your community. Then apply for a $1,000.00 grant, which covers the cost of NCCWSL registration, room and board, and airfare.

The deadline to submit a chosen applicant, along with proof of registration, to AAUW of Minnesota is February 1, 2020. Checks will be awarded to each branch in February 2020.

If you attended the state convention in Grand Rapids... 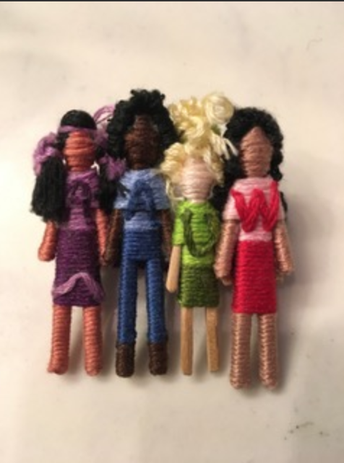 Running this again, just in case the owner didn't see it in November.

Just after the State convention in Grand Rapids there was word that an AAUW pin had been lost. There was an exchange of emails asking if anyone had found the pin and I believe the person even asked the hotel if they had found it.

A few weeks ago as I was going through the very last of my assorted convention stuff I found this pin in a box. The only other one I have ever seen belongs to Marilyn Rossman of Grand Rapids, a lifetime member.

If this is yours or you know who owns it, I am keeping it safe and though so tempting to wear I HAVE NOT!!! 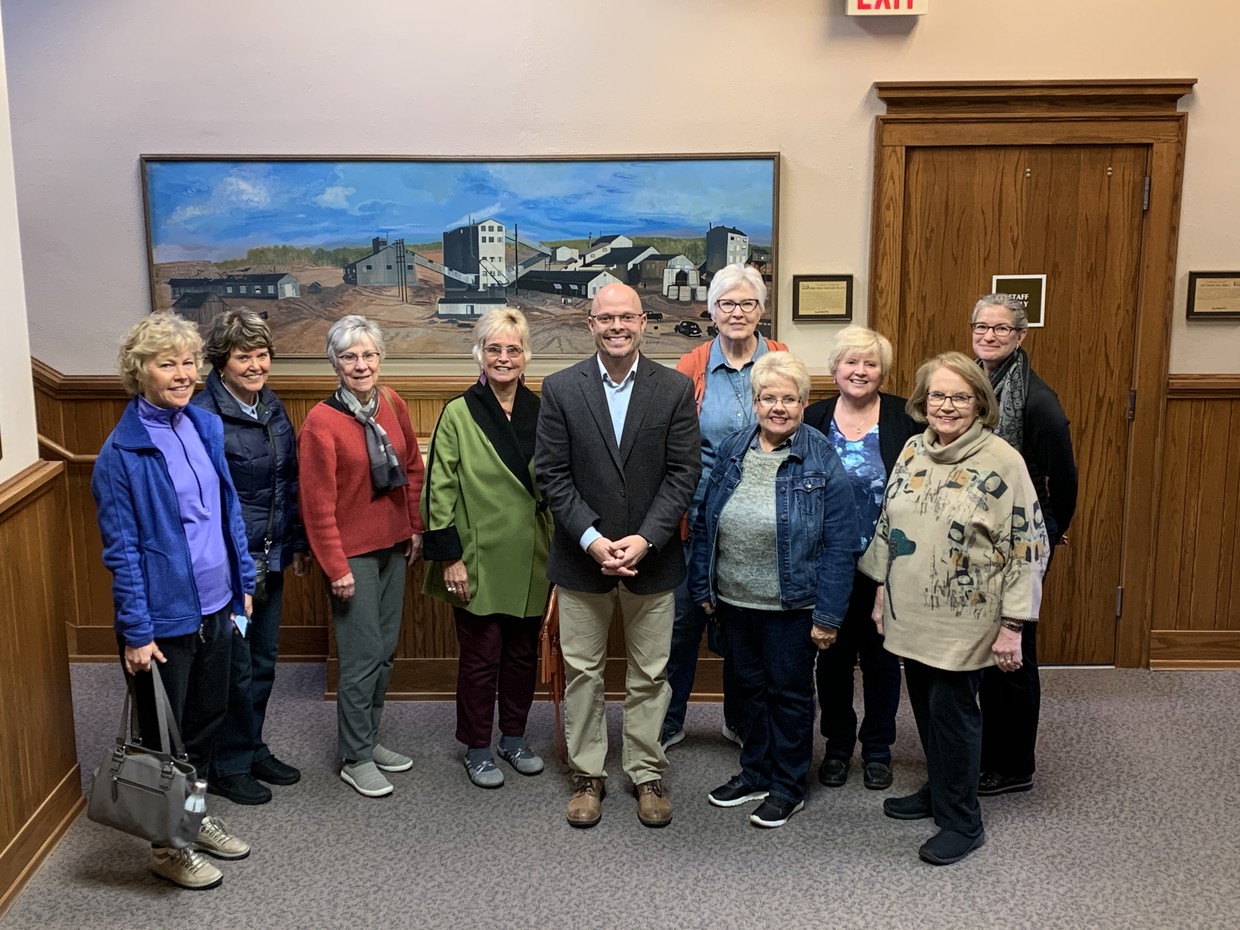 This picture includes seven members of the Fergus Falls branch on a 3-day Cultural Trip/adventure to the Iron Range, including Virginia, Chisholm, Ely, and Soudan. The weekend started in Aurora with an informational lunch with Representative Dave Lislegard, to learn about current Iron Range mining issues, arranged by Barb Baldrica, and included Pat Tamminen, a Virginia AAUW member.

Each Fall for many years, members of the Fergus Falls branch have traveled to different locations to learn about the history and culture of those areas.

What fun idea does your Branch do to get together with your AAUW Sisters? Let Cyndy know by emailing cyndyharrison@msn.com

Cyndy is using Smore newsletters to spread the word online.

Follow Cyndy Harrison
Contact Cyndy Harrison
Embed code is for website/blog and not email. To embed your newsletter in a Mass Notification System, click HERE to see how or reach out to support@smore.com
close