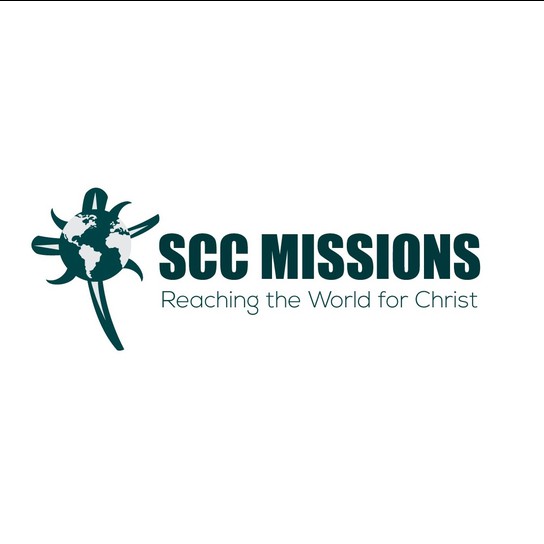 Get email updates from SCC: 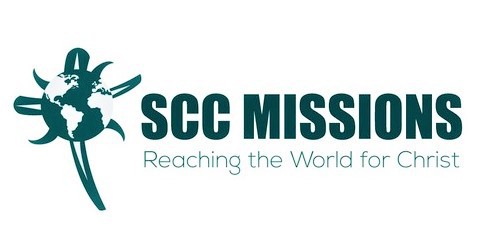 This month, as we remember God’s gift of sending His Son, we are asking for extra giving to fund our Missions General Fund as we enter 2020. You have already given generously to support this core identity of our Church, but an extra gift at this time will help fund not only our mission partners, but also our 2020 mission focus on reaching forgotten, displaced, broken, unreached and unengaged people across the street and around the world. May God prompt you for an appropriate response and “thank you” in advance!

Recap from a recent trip with Venture

Rick and Evette Zurbriggen recently went on a trip to see with their eyes, hear with their ears, and feel with their hearts, the impact that Venture, one of our supported Missions Partners is having, this is their summary :

We joined the founders of Venture, Tim and Melody Skoog on a 17 day adventure to visit the sites in Myanmar, Thailand and Laos. They have teams of locals that they have empowered to spread the Gospel, make disciples and show the love of Christ, by feeding and caring for orphans and refugees. We saw the end result of the food packing we do with Feed My Starving Children. We visited the warehouses that receive the manna packs and then are delivered to the orphanages and churches in need. We witnessed this food being given, one child and one bowl at a time to smiling and grateful little children. Children who gave testimonies of how their lives are so different now with this meal, how they no longer are sick all the time, how they can think clearly for school, how they no longer worry about whether they will get to eat again like they used to.

We met a man called Colonel, a true Saul to Paul story. He was a soldier for 15 years, killing Christian's and driving them out of Myanmar. He was shot 3 different times, was blown up and had burns over 70% of his body the last time. He was in the hospital for 3 years being treated for his burns, in and out of comas. There in the hospital a group of Christians came and prayed for him while he was in the coma, to be healed and to come to know Jesus. He told me he heard all of their prayers and it gave him hope. It was that hope and the prayers of Christians for their enemy that turned this radical buddhist into a radical follower of Jesus. When he recovered he began reading the Bible and said that Jesus changed his heart into one of compassion for the very people he used to hate. He had to help the people he had been killing and chasing. Today he is responsible for 290 orphanages, many house churches and is bring the Gospel to all of them along with delivering hundreds of thousands of meals of manna to those in need for Venture.

We met a woman named Roseabel, a survivor who lost her family in the conflict from the armies, escaped to Thailand, to a refugee camp. Today that little girl who used to put sand over her body to stay warm, is grown up and is in charge of 40 orphanages, delivering them the word of God and food for Venture. She teaches other women to become Bible teachers and disciple makers in this country that is 98% non Christian, mostly buddhism. Thousands are coming to Christ from getting fed and then led to Christ.

We met a man in Laos, where telling people about Jesus will get you killed or imprisoned. His name is One Chang and we met him in a coffee shop to hear his story

and his vision. He has been thrown in jail 3 times for telling his villages about Jesus. They put him in shackles on his hands and feet. When he was moved into a cell with 9 other men who he said had all been murderers and really bad guys, he told them about Jesus and within a week all 9 became followers of Christ. This made the guards very mad so they moved to a worse cell with more violent men, this time 7 of them. A week later, 7 new followers of Christ. In Laos jai;s the only food you get is what your family has to bring. So his wife would tear words of scripture versus and put them in his daily rice. He would then take them out and reassemble them back into scripture to share with his cell mates. Eventually they kicked him out of prison because he was converting all the prisoners. His vision is to have a house church in every village in the 6 territories in his area. When we told him about the Jesus film, he couldn't wait for us to send him a backpack and projector to show the film in his villages. Especially since it is available in his language, one of the unreached people groups, the Bru.

We also heard testimonies of muslims, buddhists who had had visions from Jesus and were led to a Christian in areas where they represent fewer than 1% of the population and were told about how to be a follower if Christ. Now they are pastors in their areas.

We met a girl who was buddhist who attended one of the after school programs Venture started, and after learning about Jesus, became a Christian. Her family disowned her, pretended she wasn't there for 2 years. She then she has finished college and now is the director of that same after school program, teaching and making more disciples every day.

We met a young pastor and his wife named Stephen and Sky. Heard the powerful way he is reaching buddhist with the Jesus film and is teaching other Christian leaders to do the same in their areas. We are sending 5 more backpacks from Renew, another one of our Partners in February.

We prayed on hundreds of children, for healing, for hope and joy, for them to be able to forgive those who killed their families. We prayed for the deaf to hear, for then blind to see. We witnessed one Muslim convert who began coming for the food, receive the filling of the Holy Spirit with Evette's prayers.

Venture is doing tough things in tough places to bring the hope of Jesus and we were able to witness it firsthand. They are now delivering food to fight malnutrition to over 21,000 children, over 7.5 million meals. 100% of our contributions go to the needs and all administration is paid for by the other businesses, the founders own. Thousands are coming to know the healing power of and the love of Christ and thousands more are becoming disciple makers in countries that are ripe with non reached people groups. The thing we discovered is that you never can know, what being kind to and sharing the good news of Jesus to just one person can turn out to be. Jesus said, "what you do for one of the least of these brothers and sisters of mine you do for me." Sometimes it looks non efficient in our human minds to spend so much time being compassionate first, that in some of the orphanages we are just helping 5 children. But we saw the power of God at work, making new disciples that make more disciples, one person, one child at a time. When we lean on our own understanding in how the best way to reach the world is for Christ, we often fail, but when we remember the God part of the equation, one plus God equals infinity, we see powerful and miraculous results. Venture has figured this out. They are impacting the unreached areas of Central Asia by empowering the local individuals to help the needy, the least of these, who are hungry and are open to hearing about another way to worship, a true God who can heal their hearts and save their souls. I can't wait to witness the next Colonel's, the next Roseabel, the next Stephen and the next child who changes this world!"

Fort Myers Rescue Mission
SCC missions has the opportunity to serve Fort Myers Rescue Mission on Saturday, December 14. The work team will be doing fencing as the project for the day. The church bus leaves at 8:00 am and returns before 4:00 pm. Lunch will be served with plenty of interaction with the men. A tour of the property and the start of the new dining hall and maintenance buildings is also a benefit. Come and be a part of this project in Jesus' name and for His kingdom. Everyone welcome to participate. For more info, contact Dave Truelsen at (847) 305-9175.

The 2nd Annual Sanibel Feed My Starving Children Mobile Food Pack will be held at SCC Fellowship Hall on Friday, January 31 and Saturday, February 1. Signup/Donate at give.fmsc.org/Sanibel for one or more 2 hour sessions and help make 200,000 meals for needy children around the world.

2020 Night to Shine
Sanibel Community Church is proud to be selected as an Official Host Church for the 2020 Night to Shine, Friday, February 7, sponsored by the Tim Tebow Foundation. Night to Shine is an unforgettable prom night experience for people with special needs, ages 14 and older, centered on God’s love and His plan for their lives. The event is hosted by an estimated 700 churches around the world simultaneously, Friday, February 7. Online registration for guests and volunteers is open at www.sanibelchurch.com. For more information about how you can volunteer, contact Tom Chambers at tomttf2019@gmail.com. For information about guest related dress and alteration needs and dates, contact Joan Gibble at 239-980 5517 or jgibble@gmail.com

SCC will be making our first visit to our Sister Church in Formond, Haiti on Friday, March 6-Saturday, March 14, 2020. It will be a wonderful opportunity to serve, fellowship, encourage, and worship with our Haitian brothers and sisters in Christ and develop a long term relationship with them. For more info, contact Dave Truelsen at (847) 305-9175 or dave.truelsen@gmail.com

Every month we feature one of our mission partners in our Monthly Missions Highlight (MMH). This is a way for us to expose some of the ministries that we regularly support and present an opportunity for the congregation to assist directly in helping us reach our financial commitments to the highlighted ministry. The totals below include the month the ministry was highlighted and any additional funds given since then.

Want to contribute specifically to missions?

If giving by check, write "for missions" in your check memo.

If giving online, enter amount into the Missions section.