Get email updates from Maria Montessori:

A message from our Assistant Director, Kacee Weaver

Above is an actual example of a grade book used at a traditional school in our area. This student was expected to learn about semicolons and colons in an English Language Arts class.

· On Tuesday, October 31st and Thursday Nov. 2nd, the student turned in classwork and received an F grade. Despite the fact that the student was present and the work was done in class, the student did not understand the concept.

· Over the next several days during study hall and after school, the student participated in additional lessons with the teacher to improve his understanding of this specific concept.

· His improved scores on the same concept represent that his understanding increased significantly and that the additional lessons were effective in helping the student understand the concept.

· On the final exam, a week after the practice work began; the student received a 100% and demonstrated his mastery of semicolons and colons.

· Unfortunately due to the fact that all grades are averaged this student’s previous attempts at learning count against his final grade. This student still has an overall 51% or an F grade.

What might this student’s perception be in regards to learning, since the extra work he put in resulted in no change to what is measured and communicated by the school? This example demonstrates one of the many problems with a traditional grading system.

In Maria Montessori Academy’s Mastery Learning philosophy, a student’s practice work does not count against them. Students are given multiple opportunities to learn and practice until they master the concept. They are graded only on their final understanding of the necessary concept. We do this through a 1-4 scale of understanding.

The student knows all of the simple and complex knowledge and skills and goes beyond what was taught in class to apply that knowledge.

The student knows all of the simple and complex knowledge and skills.

Minimal to no independent demonstration or insufficient evidence of the required knowledge and skills.

This paradigm shift of mastery learning vs. traditional grading is one that supports the idea that the acquisition of knowledge is a process and the outcome is not a final destination. Students at Maria Montessori Academy love to learn because they are not evaluated with a traditional letter grade on each assignment. They are provided direct feedback and encouraged to learn from and teach others.

If, at any time, you have a question about where your student's academic progress - please reach out to your student’s teacher. They would be more than happy to tell or show you where your child is in the progress towards mastery of the state’s academic standards. 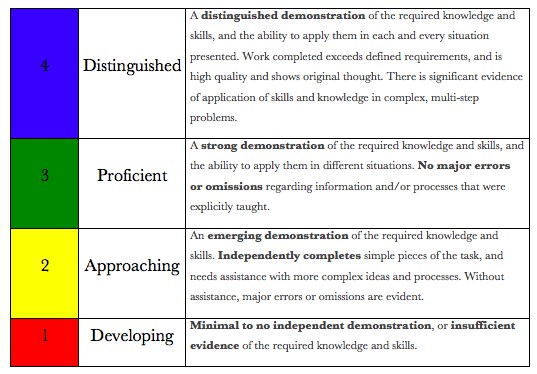 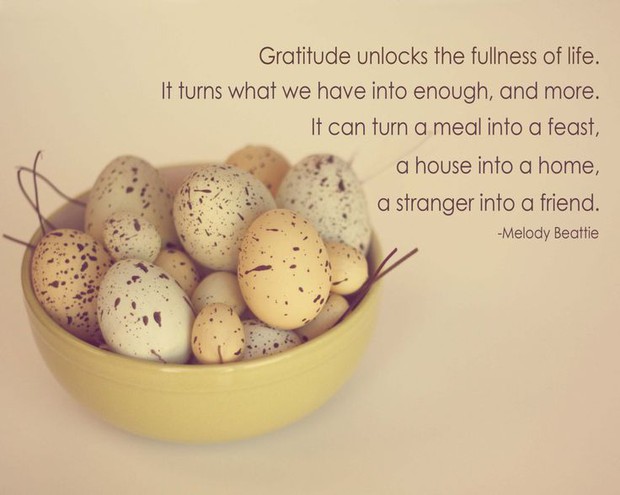 Our Annual Gratitude Feast will be held on November 16, 2017 at 11:30 am. This is our way of thanking our community leaders and local police and fire departments for all they do for our school. Please visit the sign up sheet below to see how you can help.

Trip Fee for the California Redwoods of $260 is due November 16th.

Save the date! There will be a groundbreaking ceremony on November 29th at 3:20 pm to mark the official begin of construction on the new MMA Junior High. Stay tuned for more details. Official groundbreaking will take place the first week of December.

There are a couple of different ways to report your child's absence from school. You can use the form on our website https://www.mariamontessoriacademy.org/?page_id=158 or you can call the office at 801-827-0150 and press 1 for the attendance line. Please excuse your child's absence within 24 hours. 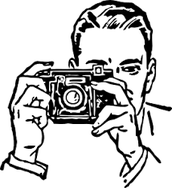 We are looking for a professional photographer who would be willing to take yearbook photographs of our Freshman. If you or someone you know is interested, please contact Ms. Leigh at lowen@mariamontessoriacademy.org

What can we do to find peace during times of War?

Do you have any photos from class parties or MMA events that you would like to share? Please email high quality photos labeled with the classroom or event to Lowen@mariamontessoriacademy.org 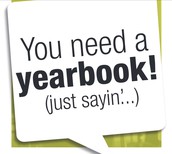 Take advantage of special pricing and order your student's yearbook now. Prices go up in February.

Did you know that shopping at any Smith's or Kroger store can benefit MMA? Make sure to link your rewards card to Maria Montessori Academy and we will receive .5% of any total purchases through their Inspiring Donations Program. For more information please visit https://www.smithsfoodanddrug.com/…/enrollCommunityRewardsN… 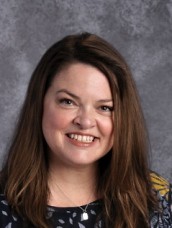 How did you find out about Montessori Education?

My mother loves the Montessori Method. A Montessori education wasn't available when I was growing up so my mother bought Montessori materials and my sisters and I played with them. When Maria Montessori Academy opened I knew I had to enroll my children. Three of my four children have attended M.M.A.

How long have you been at MMA?

I have been at MMA since the doors opened eight years ago. I started working here as an assistant in Ms. Angie's class. The following year I was hired as a teacher and I have loved working with the amazing children at M.M.A

What is your favorite thing about MMA?

I love the Montessori community. We watch out for each other and take care of one another. I love the Montessori Method and how it allows children to be children and allows them to work at their own pace. We are all on a different path in life and I'm grateful MMA lets us each explore our path in our own way.

What is something that people would be surprised to know about you?

I have been to 5 different countries. I love to travel and explore new surroundings. 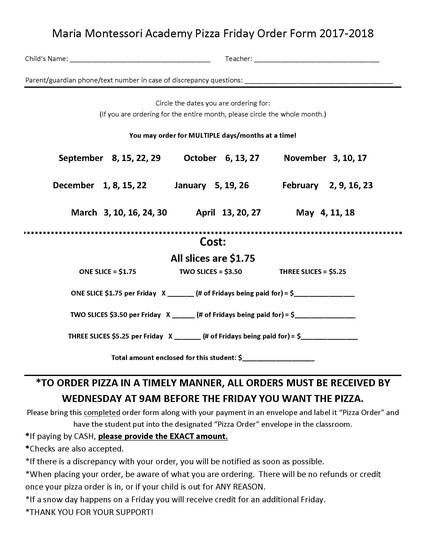 Remember pizza money is due Wed by 9:00 am. If money is received after 9:00 am, it will be applied to the following week.

Besst Realty's annual food drive is happening now. The best part is, while helping collect food for those in need, you can also help our school! Just drop the items listed above in the collection bins located in our entryway before November 13! Please make sure all food items are unexpired.