nibin is using Smore newsletters to spread the word online.

Get email updates from nibin: 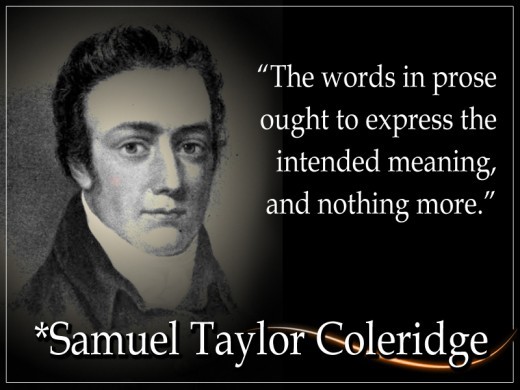 Samuel Taylor Coleridge was born in Ottery St Mary, Devonshire, as the youngest son of the vicar of Ottery St Mary. After his father's death Coleridge was sent away to Christ's Hospital School in London. He also studied at Jesus College. In Cambridge Coleridge met the radical, future poet laureate Robert Southey. He moved with Southey to Bristol to establish a community, but the plan failed. In 1795 he married the sister of Southey's fiance Sara Fricker. Coleridge's collection Poems On Various Subjects was published in 1796, and in 1797 appeared Poems.In the same year he began the publication of a short-lived liberal political periodical The Watchman. He started a close friendship with Dorothy and William Wordsworth, one of the most fruitful creative relationships in English literature. From it resulted Lyrical Ballads, which opened with Coleridge's "Rime of the Ancient Mariner" and ended with Wordsworth's "Tintern Abbey". These poems set a new style by using everyday language and fresh ways of looking at nature.

Coleridge was elected a fellow of the Royal Society of Literature in 1824. He died in Highgate, near London on July 25, 1834.

1. I know 'tis but a Dream, yet feel more anguish

4. A Couplet, Written In A Volume Of Poems Presented By Mr. Coleridge To Dr. A.

7. A Soliloquy Of The Full Moon, She Being In A Mad Passion

10. Absence: A Farewell Ode On Quitting School For Jesus College

11. Addressed To A Young Man Of Fortune Who Abandoned Himself To An Indolent And Causeless Melancholy

13. Answer To A Child's Question

15. As some vast Tropic tree, itself a wood

nibin is using Smore newsletters to spread the word online.