Our first General Membership meeting of the New Year will be held on Sunday, February 9th, 2020 at 2:00 in the Bayport Blue Point Library. The presentation will be on the lithography of Stow Wengenroth.

Please save the following dates for our upcoming meetings in the new year:

March 8th; They Called it Red Gold: The Long Island Cranberry Industry (please note this meeting will run from 12:00-2:00pm)

April 19; Montauk; From Wilderness to Military Hospital and into the 20th Century

Hope to see you there! Please mark your calendars!

The Lithography of Stow Wengenroth

Stow Wengenroth was once called "America's greatest living artist working in black and white,” and he is generally considered one of the finest American lithographers of the twentieth century. Although born in Brooklyn, Wengenroth spent his youth in Bayport. Please join us at the next general membership meeting as we explore his remarkable work, including scenes of Bayport. The presentation will include samples of his work, a slide show of photos, and authentic documents written by the artist which reside in the BBPHA archives. 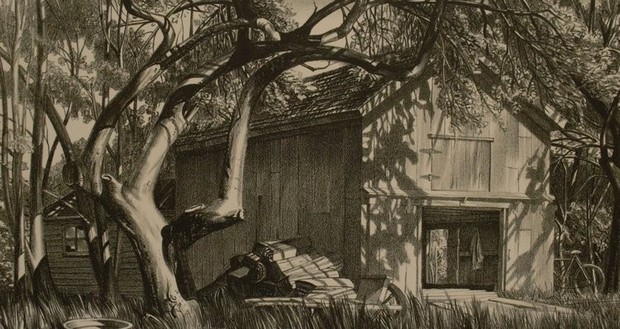 More than 100 years ago, the main business district of Bayport was centered around Middle Road and Bayport Ave. The main establishment was called Snedecor & Squires (later Shand's) and was built around the 1860's. The Shand's bought the store in the 1930's and operated it until the 1990's. Shand's was a focal point for the local community. It's sad that the business is no longer there. 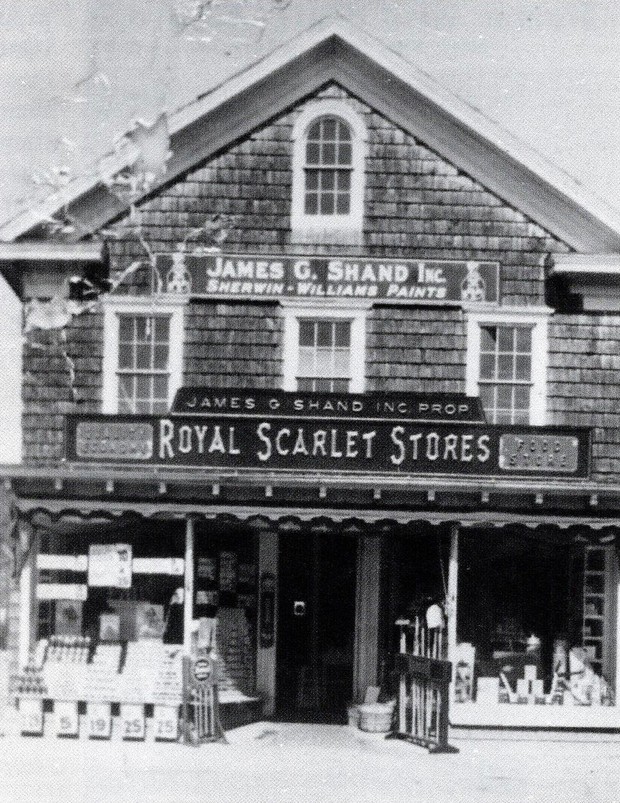 The BBPHA has a large archive of historical information on most of the residences in Bayport and Blue Point. These archives, which include photos, deeds, news clippings and handwritten notes from previous owners, was compiled by many of the early members of the BBPHA. Their hard work and persistence is so appreciated by the current BBPHA board and members. We would like to offer the chance for BBPHA members to view these archives by special request. If you are a member with current dues paid, you can email John Amato to make an appointment to see the file on your old house. Just send John your address and he will try retrieve the file and meet you at the Bayport Blue Point Library on the weekend. These files cannot be taken home for obvious reasons, but you may make copies of documents. John is a current board member and the treasurer of the BBPHA. His email address is johnfamato@optonline.net. 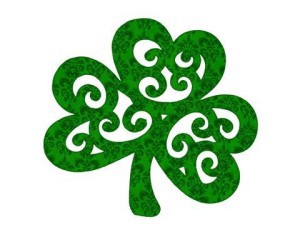 Mark your calendars. Bayport-Blue Point Chamber of Commerce’s 30th St. Patrick’s Day Parade is Sunday, March 15. The BBPHA will be marching along again!

Our Grand Marshal for the 2020 Parade is Matthew “Matty” McGuire. Matt is from the Bayport Blue Point Little League where he has served as President for almost 10 years. Starting at 11 a.m. at the corner of Snedecor Avenue and Montauk Highway in Bayport, the parade ends down Blue Point Avenue in Blue Point. Join us on March 15, 2020 for the Bayport Blue Point St. Patrick's Day parade. 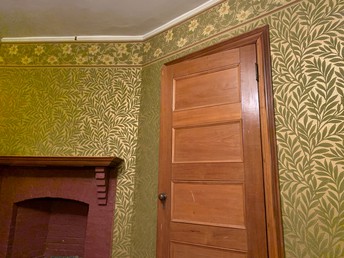 After Christmas at Meadow Croft when our house activities slow for the general public, we are continuously making upgrades and improvements to Meadow Croft. This winter is no exception! Or most recent indoor project is to make repairs and replace the wallpaper in the master bedroom. We can't wait for you to see the finished room when the house will open for tours again in June! 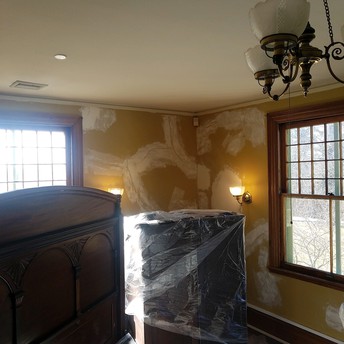 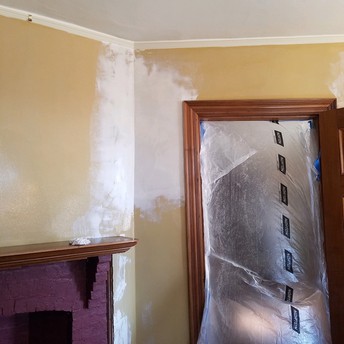 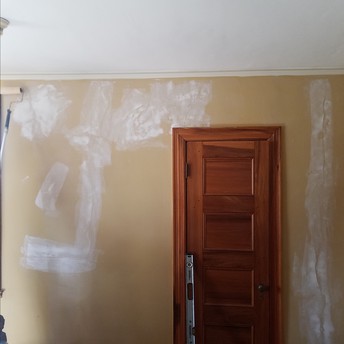 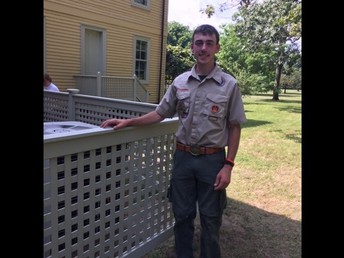 The BBPHA would like to congratulate Harry McAward of Boy Scout Troop 130 on earning the highest rank of Eagle Scout. Harry’s Eagle Court of Honor was held on January 12 at the Bayport United Methodist Church. The Heritage Association was represented at the ceremony by President Mary Bailey and Director at Large Frank Giebfried, who gave a speech congratulating Harry and thanking him for choosing Meadow Croft as the site of his service project.

As reported in a previous newsletter, Harry led his fellow scouts in the construction of a trellis that blocks from view the air conditioning units on the east side of the property. Harry’s work has greatly improved the experience for visitors to Meadow Croft, and will for years to come.

Congratulations Harry, and thank you for a job well done! 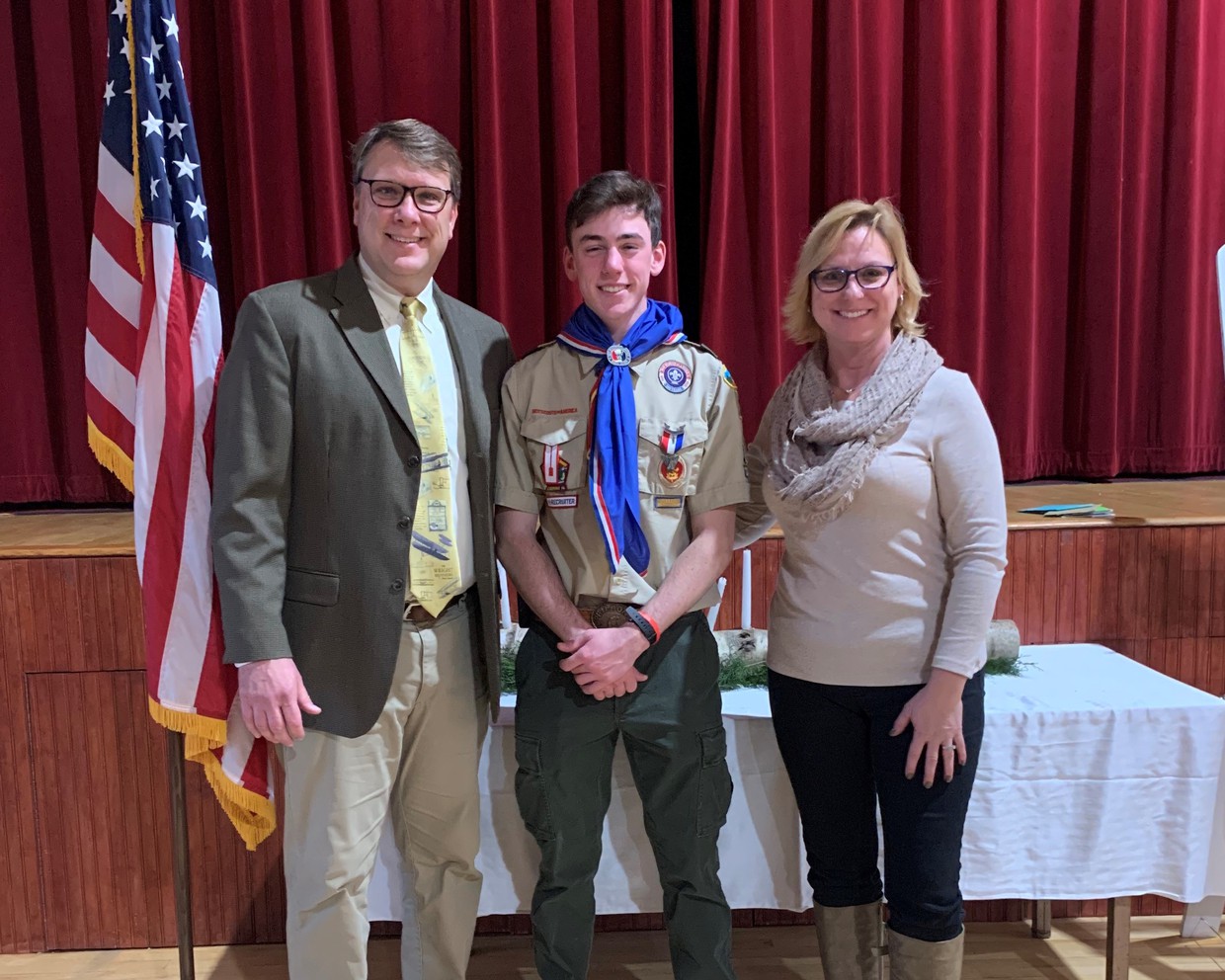 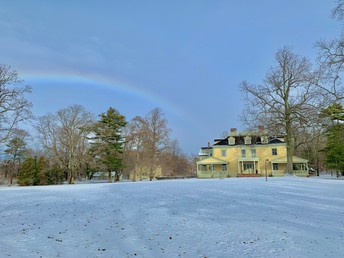 Meadow Croft Park, Middle Road, Sayville, NY, USA bbphistorical@gmail.com 631-472-4625 BayportBluePointHeritage.org
Embed code is for website/blog and not email. To embed your newsletter in a Mass Notification System, click HERE to see how or reach out to support@smore.com