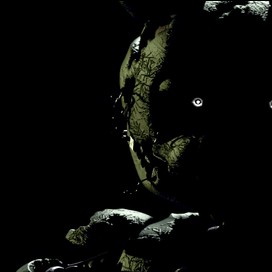 Would Ancient Roman Armor withstand anything

Would Ancient Roman Armor withstand anything 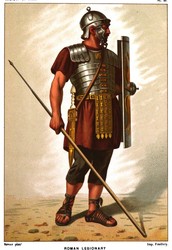 The Armor and weapons

- It has a helmet

It also comes with weapons like swords, daggers, and a weapon called a Javelin.

Could Ancient Roman Armor withstand anything

As we all know that Ancient Roman Armor could of helped all of Augustus’ legions back then in the past but what about now. Could the armor withstand anything in the Future. Well Today, we have advanced armor weapons, and even more than back then in the past of Ancient Greece. But one question that came to me is that what would happen when if U.S. Marines, Army, and Navy Seals traveled back in time where Augustus’ legion was still alive and they started to fight each other. Also let’s see if Ancient Roman Armor was sent a challenge to see if it could survive a train or bulldozer. There is a lot more ideas that are coming from me to see if the armor could withstand anything or a person could survive anything if they were wearing the armor.

Could it withstand anything in modern day:

Could Ancient Roman Armor withstand anything. Let’s find out. If all of Augustus’ legions went up against up the some U.S. Marines. They would pretty much lose. I know Augustus had almost 330,000 men with the legions combined but Marines have the upper hand with medics, enhanced weapons, and even more. I know Marines have armor but not much. The Ancient Roman armor could not withstand bullets. The armor with the Ancient Romans would only help for a little bit but not until the U.S. Marines bring out the enhanced weapons and the medics to help them. Also Ancient Roman armor could not withstand getting hit by a train or getting shot by tanks which would hurt a lot. The U.S. army and the Navy Seals could also pretty much kill of all of Augustus’ legions.

Other people who could take down Ancient Romans with the armor:

The Ancient Roman armor would pretty much break into pieces or put holes into it with enhanced weapons. The sword may cut and stab the U.S. Army, Navy Seals, and Marines but they would not give up to people with daggers, a sword, and some kind of wooden stick called a Javelin. The weapons and armor with be destroyed by guns, tanks, submarines, and even more. The Navy Seals can have like 40 submarines with like 100,000 men aboard each of them. If I was wearing Ancient Roman Armor and people with tanks, submarines, and weapons like guns attacked me, I would be screwed. I am not saying the armor is not bad, but it would be destroyed by enhanced weapons and dangerous things in the future which would be like today. The Ancient Roman Armor was good in the past now it is kind of weak and worthless to wear because of the present day kind of armor.

What is Ancient Roman Armor made off:

Ancient Roman armor is weaker than armor in the future but what was the armor made of. What made it so good in the Ancient time in Rome. The armor was made out light metal and cloth. The metal places were like chest plates and helmets. The Ancient Roman Armor had came with helmets, body armor, shoulder plate, leather tunic, and more. What made it so good back then. It was good back then because the weapons they used were like swords, daggers, and a stick called javelin. These weapon are kind of out of date if you find them in the future which is today. Guns and tanks would probably kill the person the person wearing the armor. I really think it is outdated. That is one main detail as to why the Ancient Roman Armor can’t withstand anything in the future or back in the past like World War 1 kind of past. I remember about something like a poster in my class which showed armor and it said that there was a neck protector on the armor. There was more but I can’t remember the rest.

Why Future weapons will will win against Ancient Roman Armor weapons:

Future weapons would have a better chance winning because of ranged weapons and long range weapons. The weapons would be like gun, cannons like tanks, advanced swords, and even more weapons. The Ancient Roman Armor comes with only weak out of date weapons. Their swords and daggers are out of date and I do not even know if people still use javelins. I will look into that. But I assure you that the weapons from the armor were good back then but not today. I think they only the weapons for museums because there is a lot of museums which have actual armor and weapons that come with it. If romans used the armor today for battling, I think they actually might lose because of the weapons and the bad protection. I don’t really much to say on this topic that was all of the information of websites and my own mind.

Will there be better Ancient Roman Armor:

I do not think that Romans will upgrade their armor in anyway. They would done it know but they might just go with more advance armor. I surely do want to see their armor advanced in any single way. I would like to see upgraded weapons and armor like the helmet to get better protections and the rest better protection. But sadly they will never think of this idea and might not ever fix and advanced their armor. I think one day they will do it but in the mean time they are sticking with regular armor in the present day if they ever go to war and.

Putting it all together:

So I have to put all of the information together in my last paragraph which is this one. So I could say that the Ancient Roman Armor could not withstand anything and Rome will never use again, maybe. Also weapons that come with the armor is bad and futuristic weapons are kind of better like pistols and more. If you want to see Ancient Roman Armor, look for them in museums, books, and pictures. If want to see really life Ancient Roman Armor, go to museums which has also information with the armor on a stand. Well I think that is my whole Feature Article writing. See you on my next one, if I ever will have another one. 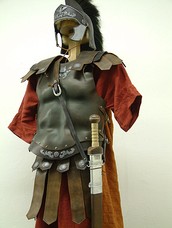 - There are different armors which are given to the soldiers depending on their rank and their position.

- The armor helped Roman empire expand and make them who they are today.

- Some of the material of the armor is made out out of iron.