What can we do?

What can we do?

Why is this a problem?

Water pollution Is a big problem. Water Is being poluted from factories and people throwing garbage in the sea and ocean.This is making some of our drinking water dirty and is harming water wildlife

This bird was caught in the leftover plastic from a 6 pack of soda.

This turtle also got caught in the leftover plastic from a 6 pack of soda.

This bird got caught in fishing line

What can we do. 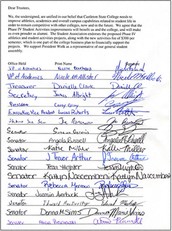 Make a petition stating that factories and companies should not dump waste or sewage into lakes or oceans. And that the government should make a law that states people are not allowed to throw garbage or litter into any body of water.

What effects will this problem have on earth in the future?

If fish are dying, animals like bears or seals who eat fish will starve and the population will soon die off.

1.2 trillion gallons of untreated sewage, storm water, and industrial waste are dumped into US waters annually.

In developing countries, 70 percent of factory wastes are dumped untreated into waters where they pollute the usable water supply.

How the world uses fresh water.