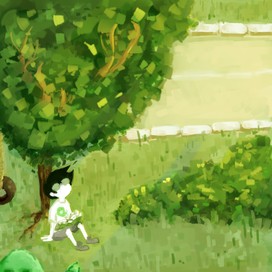 Get email updates from clara:

relics of the past

relics of the past

Harappa was a city in the Indus River Valley that settled before the civilization existed and is still an inhabited town today. It was one of the largest settlements that existed during the peak of the Indus civilization. This was one if the archaeological gold mines, along with sites such as Mohenjo-daro.

The script used by the Indus people is indecipherable today. It is composed of mostly pictures, similar to hieroglyphics, but also includes many abstract signs. It is believed to have been written from right to left. The script is thought to have between 400 and 600 letters and symbols. Many attempts at translating it have been made, but with no success.

Religion in the Indus Valley Civilization

Religion in the Indus Valley

The Indus people originally were polytheistic (several gods). The chief god was Indra, the god of war. They performed rituals and sacrificed food and drink to pacify them. They believed if they did the right prayers, they could call on the gods for help. However, as the years went by, their beliefs slowly changed towards the notion of the brahman and mysticism.

Brahman is the Hinduist belief in the power of self-growth and development. Instead of having many gods, they believed that there was a single spiritual power that existed beyond them and was embodied in all things. In this religion, they believed that they should not focus on the gods, but on themselves and their growth.

Mystics seek direct communication with the gods. They practiced spiritual rituals such as meditation and yoga, which were meant to enhance the connection between human and god. Mystics strove to achieve a link with the gods or higher power.

The Indus River Valley had an advanced social hierarchy based on occupation. The highest class was the rulers of the city-states and the priests. Next were the soldiers and warriors, called Kshatriyas. The third group was made up of herders, farmers, artisans, and merchants. The fourth class was composed of the slaves and servants. However, there was an even lower group, called the dalits. They weren't considered part of the hierarchy. They did jobs that others wouldn't, such as making leather from animal skin.

Follow clara liddick
Contact clara liddick
Embed code is for website/blog and not email. To embed your newsletter in a Mass Notification System, click HERE to see how or reach out to support@smore.com
close