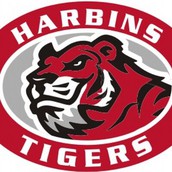 "Should uniforms be required in school? What do YOU think? If you were a uniform, wouldn't you want to noticed, used, and recognized? I would!" Says fifth grader Lottie King, who attends Harbins Elementary School in Dacula, GA. "I think uniforms should be required in school because kids won't get teased about their appearance, kids improve in classes, and because it's less of a distraction in class or classes, depending on if you're in middle school or elementary school." She said.

"One reason why uniforms should be required in school is because kids won't get teased about their appearance. For example, in a article debate against uniforms or none, it says that Gang Affiliation is reduced. Gang Affiliation is being apart of a gang that makes you wear certain clothing." Lottie said. "Another example is that the same article also debated; 'Uniforms are a good idea because they create "emotional safety" at school."

"Although uniforms should be required because kids won't get teased about their appearance and because kids improve in class or in classes, but especially because uniforms are less of a distraction." She said.

" To give you an example, from an article I used states; " having uniforms in school will reduce distractions". My last example is one from the article Mrs. Draa is in. She says; "Let's focus on the thing we're supposed to do, called learning."

"So, in all, you might think that uniforms should not be in school, even though the article that I used so many times has a child and teen development professional, Mrs. Robin Silverman. she says;'At a time when kids and teens want to express themselves, clothes provide a vehicle, a benign vehicle, to express themselves and say ' I'm different' without having to approach any more risky ways of saying the same thing.' After that, the article I used many times also stated; 'It's not the stuff you wear, it's the stuff on the inside.' Therefore, overall, there is more evidence for the for side, rather than the against." ("No, Really! Count it!") 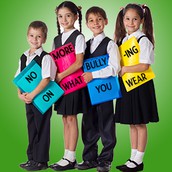 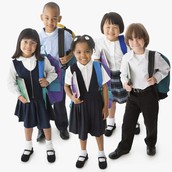 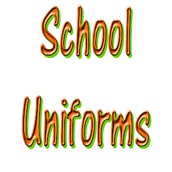