The Greatest of The Seven Wonders

The Greatest of The Seven Wonders

The Taj Mahal is a white marble mausoleum complex in Agra, northern India, built on the southern bank of the Yamuna River. It is one of the world's most beautiful structures being the finest example of Mughal architecture, an incredible mixture of India, Persian, and Islamic styles. It was even designated a UNESCO world heritage site in 1983, which is a great honor. It was built by order of Mughal emperor Shah Jahan to immortalize his wife, Mumtaz Mahal after she died of childbirth to their 14th child in 1631. Her death devastated him. She had been his constant companion for over 20 years and for two years after her death, he abandoned his extravagent life style, and then decided to show his adoration in the project that would take him over 20 years. It would later be known as the Taj Mahal, thus serving as here grave where she rests. Shah Jahan himself would later rest alongside her in 1666 when his grave was added. 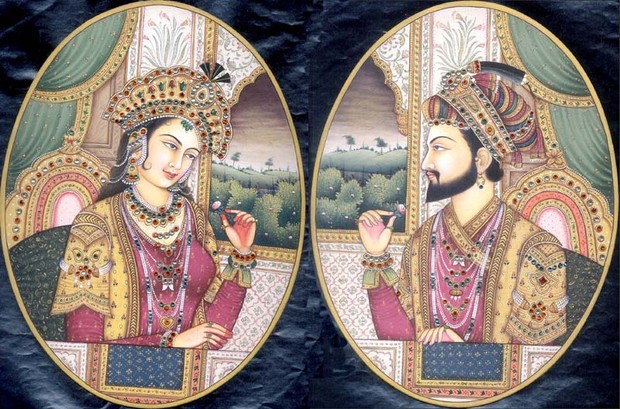 Shown above is the royal couple, Shah Jahan and Mumtaz Mahal together sharing their love for each other before Mumtaz tragically died in 1631.

Construction began around 1632 and was completed in 1653, employing thousands of artisans, craftsman and over 1000 elephants. While most Mughal structures were primarily constructed of red sandstone, Shah Jahan insisted the use of expensive white marble inlaid with 28 different varieties of precious stone, showing his burning passion for his wife. This enormous compound was built exactly as originally planned, and never altered afterwards. While the large white domed mausoleum is the most familiar component of the Taj Mahal, it is actually an integrated complex of structures that each play an important part in the entire monument. The Taj Mahal site, with a massive entry gate sits on a river, and on either side are a moss and an assembly hall. The tomb and its four pillars, or minuets, sit on an elevated podium between them, surrounded by gardens. It is built as a series of arches and domes with a large dome in the center. Since the Taj is built along the bank of a river, the water level is very high, making the soil unstable. Thus, each massive pier, rests on a series of deep rubble, and concrete holes connected by arches. Wells were dug near the river to absorb any fluctuations in the ground water, before they could reach the foundation. As a result, the Taj has barely shifted in the hundreds of years since it was built. The building itself is over ten stories high, towering over its surroundings. Throughout the entire complex, stone inlays and intricate carving, including those from the muslin holy book, beautify the mausoleum. They are so complex, exerts have found the signatures of over 600 artisans on a single piece of inlayed wall. 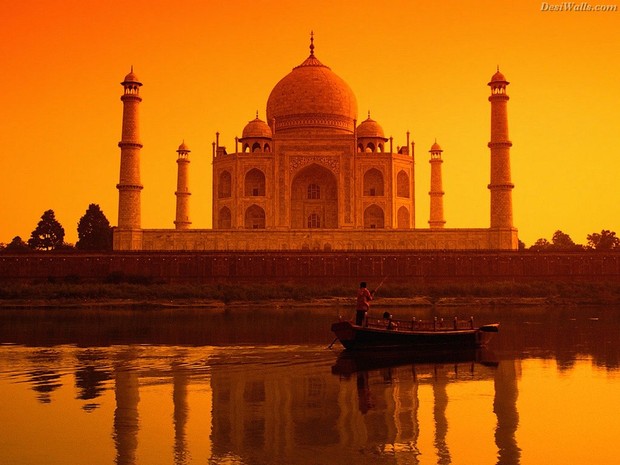 Shown above is a frontal view of the main domed mausueum in the Taj Mahal complex at sunrise.

The main threat toward the Taj Mahal is air pollution, but two cases do involve a war related theme. In 1942, the Indian government put up large metal scaffolds to mislead bomber pilots in anticipation of an air attack by German Lufwaffe and later by Japanese Air Force. Also, night viewing was banned form 1984-2004 because it was feared that the monument would be a target of Sikh militants raiding the structure. Air pollution caused by emissions from nearby factories and exhaust, and from motor vehicles has damaged the mausoleum, notably its marble facade. A number of initiatives have been taken to reduce the threat to the monument, including the closing of some factories and the installation of pollution-control equipment. They have even banned nearby vehicular traffic. Progress is occurring, however, at a very slow rate, and a many number of extra steps need to occur.

Follow S Mudide
Contact S Mudide
Embed code is for website/blog and not email. To embed your newsletter in a Mass Notification System, click HERE to see how or reach out to support@smore.com
close