brayan is using Smore newsletters to spread the word online.

Get email updates from brayan:

2.Dust got on the roof and got on the atic and was destroyed because it was too much.

3. The dust bowl is considered to be the worst disasters caused by humans

The dust bowl occurred again in the 1950s this time the drought was called the filthy fifties.

4. The dust bowl affected people that some became homeless and their farms./

5.Cattle and people had the same problem that if they breathed in to much dirt they would die and their insides filled with duset

1.Arthur Rothstein is a dust bowl survivor a photographer arrived in the dust bowl in the year 1936 he was 21 and took a picture so everyone can see how it was and how bad the dust storms were.

THE AFFECT ON TEXAS

One thing that affected Texas was the lost of acres they have lost 100,000,000 acres the dust bowl have also forced families to abandon their farms and move and start a new life

WHY I CHOOSE THIS EVENT

1.I choose the dust bowl because that is the time period i knew about the most

2.I also get to learn more things about the dust bowl i never knew about 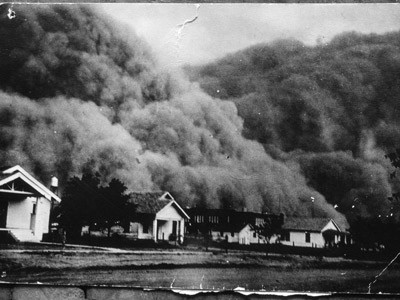 brayan is using Smore newsletters to spread the word online.