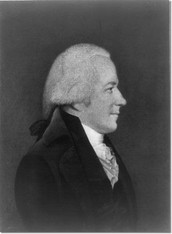 NOTE: THIS PROGRAM HAS ALREADY PASSED. SEE PHOTOS, VIDEOS, AND MORE FROM THE EVENTS AT THE OFFICIAL EVENT PAGE HERE.

Alexander Hamilton was born on January 11, 1757 on the island of Nevis in the Caribbean. At age 15, he moved to New Jersey and then New York to get an education. From there, he became a prominent figure during the Revolutionary War and the founding of United States. Perhaps best known today for being the first Secretary of the Treasury and principal author of the Federalist Papers, Alexander Hamilton has had long-lasting influences in law, politics, economics, finance, industrial development, education, foreign affairs, the military, and more.

Learn more about Alexander Hamilton's life during Happy Birthday Hamilton - all are welcome to join in on the celebration!

All events listed here are free (unless otherwise noted with an *) and open to the public.

Note: Additional times and events still to be confirmed

At Alexander Hamilton Birthplace on the island of Nevis:

At Morris-Jumel Mansion in Northern Manhattan:

11 am-12 pm: Talk: "Part II - From Colleagues to Rivals: Hamilton and Jefferson in Washington's Cabinet and Beyond"

At Trinity Church in Lower Manhattan:

At the Van Horne House in Bridgewater, New Jersey:

Scroll down for event descriptions and details.

The Nevis Historical and Conservation Society hosts an annual tea party on the grounds on the Alexander Hamilton Birthplace Museum in Charlestown, Nevis in honor of Hamilton's birthday.

The highlight of this event is the presentation of scholarships to Nevisian schoolchildren. These scholarships follows the tradition of supporting education for youth, something from which Alexander Hamilton so greatly benefited. Would you like to support or sponsor one of these youth scholarships? Make a donation through the AHA Society specifying that your donation is earmarked for that purpose and you can help the youth of Nevis.

Come visit Hamilton's home to take a tour of its restored interior, explore the permanent exhibit on Hamilton's life, and watch the Hamilton Grange film. Guided tours of Hamilton's house are available at 10 am, 11 am, 2 pm, and 4 pm.

Birthday activities include signing a birthday card to Alexander Hamilton with a quill and ink and several special presentations throughout the day.

12 pm: “Manhattan Well Murder Trial" AHA Society Chapter President Pooja Nair will speak on the Manhattan Well murder trial, the first fully recorded murder trial in the United States. Aaron Burr and Alexander Hamilton teamed up for this dramatic case in 1800 for the defense of Levi Weeks, whose brother built the Grange.

2:00 pm: "History of The Grange" National Park Rangers will give a presentation about the history of Hamilton's “Sweet Project,” The Grange.

Dr. Thomas Oller, lecturer at Boston University and Harvard University, presents a two-part lecture series based on his history course on Thomas Jefferson and Alexander Hamilton. The first talk, which will be held at the Morris-Jumel Mansion, is called "Hamilton and Jefferson: Competing Visions for America." This talk explores the different philosophies of these two Founding Fathers and what they envisioned the newly-formed United States should become.

To reserve a space, call 212-923-8008 or email visitorservices@morrisjumel.org

The Lower Manhattan Historical Society will host a flag-raising ceremony of the St. Kitts and Nevis flag at Bowling Green in honor of the island on which Alexander Hamilton's was born.

The flag will be raising at the Bowling Green flagpole, right on Broadway next to the Charging Bull statue.

Talk: "From Colleagues to Rivals: Hamilton and Jefferson in Washington's Cabinet and Beyond"

Boston University and Harvard University lecturer Dr. Thomas Oller will give the second presentation in his two-part series inspired by his history course on Thomas Jefferson and Alexander Hamilton. This talk at Federal Hall, is titled "From Colleagues to Rivals: Hamilton and Jefferson in Washington's Cabinet and Beyond," which gives an overview of Hamilton and Jefferson's roles while they served in Washington's cabinet as Secretary of Treasury and Secretary of State, respectively.

This event is part of the year-long celebration of the National Park Service Centennial.

Following the presentation, there will be a cake-cutting for Alexander Hamilton's birthday (more information below).

Following Dr. Oller's talk on Alexander Hamilton and Thomas Jefferson at Federal Hall, Hamilton's birthday cake will be cut by US Coast Guard Captain Michael Day and served to attendees.

Remarks will be made by the Hon. Mark Brantley, Deputy Premier of Nevis and Minister of Foreign Affairs for the Federation of St. Kitts and Nevis.

The birthday cake is sponsored by Nevis Naturally and Tribeca Treats.

Blessing and Wreath-laying at Hamilton's Grave

Gather for a wreath-laying ceremony and blessing at Alexander Hamilton's grave at Trinity Church in honor of his birthday. The US Coast Guard Color Guard from Sector New York will present the colors, sing the national anthem, and perform taps.

The memorial wreath is sponsored by the Museum of American Finance, who has maintained this tradition for over 25 years.

Talk: "Washington and Hamilton: The Alliance That Forged America"

Dr. Stephen Knott, author of Alexander Hamilton and the Persistence of Myth, will speak about his latest book co-authored with Tony Williams, Washington and Hamilton: The Alliance That Forged America. This new book explores the twenty-two year partnership between George Washington and Alexander Hamilton and how vital this collaboration was to the founding of the United States.

This talk will be given inside Trinity Church.

AHA Society President Rand Scholet returns to the Heritage Trail Association to give his second presentation from his "Essence of Alexander Hamilton's Greatness" series. The title of the talk is "Alexander Hamilton: America's Indispensable Founder and Visionary" and focuses on Hamilton's contributions to the country's foundations, including in the constitutional, economic, and legal spheres.

The Heritage Trail Association is based in the Van Horne House in Bridgewater, New Jersey.

Keep up-to-date at theAHAsociety.com and learn more about Alexander Hamilton from AllThingsHamilton.com

Also, please consider donating to the AHA Society so that we may continue to provide free and diverse programming such as Happy Birthday Hamilton!.