The Current Pulse and What's Lies Ahead

The Current Pulse and What's Lies Ahead

After months of preparations to open our doors to students, we did just that on Wednesday, September 3rd. Since we've been adjusting to what the "school of six feet" looks and feels like with actual students and staff in the building. After operating full school days safely at 33% and 50% student capacities, we are now preparing to take the next step in our re-opening process. On Monday, October 5th, Seven Bridges Middle School (and Bell) will be officially open to all students choosing to learn in school. This means the current 50% model of students with last names A-L and M-Z will no longer be in play. Of course, families still have the option to choose the fully remote instruction option each week. For full details, follow this link to Dr. Ackerman's most recent communication with our community.

Before we preview the critical week ahead, I really must highlight a couple of things.

And of course, our teachers. The talented and hard-working 7B teaching staff, which most are currently teaching the first synchronous/asynchronous virtual lessons of their careers, have re-opened their classrooms to serve students immediately inside a completely different schedule and instructional approach than ever before.

To provide the full scope on this, I'm using a baseball team's example, arriving to spring training each February. But instead of the team easing their way into the physical and mental demands of the job over four-six weeks, the team starts immediately with no warm-up and on day one goes 100%. The rules are now different on how to teach, which classroom to teach in each period, what tech to use, and how to prepare for each day's synchronous and asynchronous lessons. On top of it all, many of our staff are worried (like the rest of us) at the thought of getting sick and spreading COVID-19 to a family member.

As you might imagine, our typically talented, energetic, and hard-working teachers are tired after these first three weeks. Personally, I'm in awe of how they have pulled it all off thus far. The five-day a week synchronous, the hybrid instructional model adds new layers of preparation, tech, and problem-solving challenges that will take time to get right. I share this in-depth offering of transparency to serve as a reminder that we are all human. Our teachers and staff want to rise to the level you've come to expect from a teacher in Chappaqua, but it will certainly take time. I ask for your continued patience as we navigate the inevitable issues ahead when we reach 100% capacity on 10/5/20. Whatever challenge comes our way, we will knock it down and communicate out to you if things need to shift in any particular way.

Your many signs, thank-you notes, kind comments in the car line, inbox messages, emails, and even shout outs while out in the community have been much appreciated by our staff. Thank you for expressing your appreciation in so many ways. I've asked my staff to put the oxygen mask on themselves before caring for those in their care at home and at school). I've asked them to curb evening emails, unplug from school-related devices on weekends and give themselves the time to breathe and build back into their families when they can.

Actual Zoom and Youtube links will be posted on the front of the Seven Bridges website on Thursday, October 1, 2020. The annual evening will officially begin at 6:30 PM with a few remarks from Dr. Mazza and Nicole Mangiere-Nover. The rest of the evening will go as follows:

For our families celebrating, we wish you a safe and healthy Yom Kippur. For those families interested in learning more about Yom Kippur, check out this new resource from National Geographic. As we continue our focus on inclusion at 7B, we strongly encourage your family to know the who and why behind every holiday on the calendar.

We're back this Tuesday, September 29, 2020 with our continued 50% capacity approach. As a reminder, students will continue to attend based on the first letter of their last name: 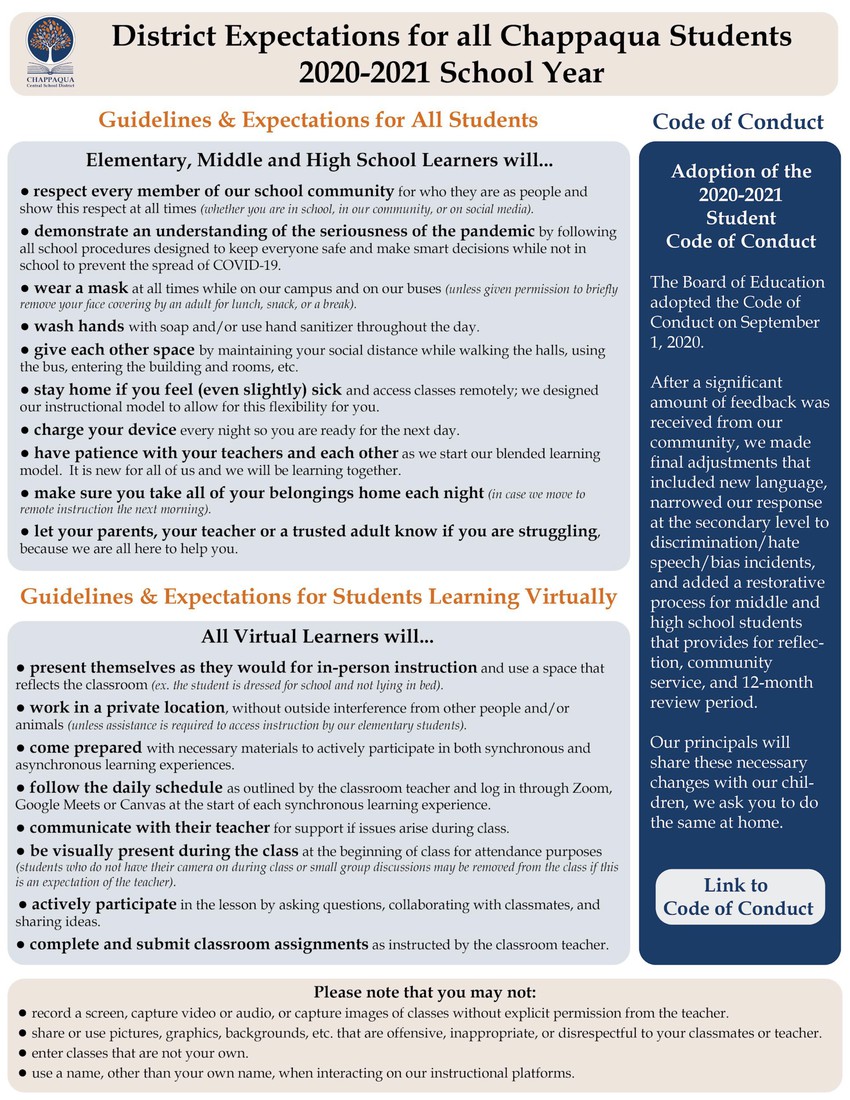 How to Arrive at 7B

Arrival to 7B - Video for Parents & Students

How to Pick Up Your Child from 7B

7B Dismissal - Video for Parents & Students

Lifetouch photographers will be on-site to safely capture student and staff photos for the 20-21 school year on Friday, October 8, 2020. Students will travel to the outdoor photography set, which will be located outside the gymnasium pending the weather forecast.

To select a photo package for your child, follow this link to Lifetouch's website starting on Friday, Tuesday, September 29, 2020. (Select SHOP NOW and our Picture Day ID will auto-fill; your student does not need to bring in anything if an order is placed online). On Picture Day, in-school students will take pictures from 8:30 AM - 12:30 PM. We've set aside a special time from 12:30 PM to 2:00 PM for our fully remote students to stop by to get their pictures taken. Absentee and retake day will take place on November 12th.

Didn't get a 19-20 7B yearbook? There are still a few copies of the 2020 Seven Bridges Middle School Yearbook available to purchase. With the extended delay in production due to COVID-19, we were able to submit over 100 photos from the last three months of a memorable school year! Click this link to snag yours on a first-come-first-served basis.

Time / Date still being finalized. Following Principals' Coffee feedback, we're working with the CCSD Tech Dept to nail this event down and clear up any questions, uncertainties, and overall issues as it relates to Canvas. The night is being designed for the parents of all of our 5-6-7-8 learners.

Two New Code of Conduct Sections To Review with Your Child

Bias Incident – Any act or behavior that is a violation of the Student Code of Conduct and reasonably believed to be motivated by a consideration (real or perceived) of race, color, creed, religion, age, sex, gender (including expression), gender identity, national origin, marital or parental status, sexual orientation, citizenship status, disability or any other basis prohibited by law.

For our adolescents, the terms above now found in CCSD's Code of Conduct may require your support by way of an in-person conversation, sharing examples, asking questions, telling stories, and reconnecting from time to time during teachable moments. It is our goal to teach these concepts as we educate our students while they are at 7B. Of course, related Code of Conduct violations can occur offline but our own statistics point to higher percentages occurring online via TikTok, Snapchat, and other messenger applications. www.tolerance.org
Teaching Tolerance provides free resources to educators—teachers, administrators, counselors and other practitioners—who work with children from kindergarten through high school. Educators use our materials to supplement the curriculum, to inform their practices, and to create civil and inclusive school communities where children are respected, valued and welcome participants.

Have Outdoor Furniture to Donate?

The 7B Administration and PTA are working together to ensure our students and staff can get outside regularly. We're using available funds to start this process, but could use your help! Reach out to PTA Chair Melissa Levine at 7bchair@gmail.com for more info, as there is a formal process to donate items to any CCSD school. We are grateful for your generosity! 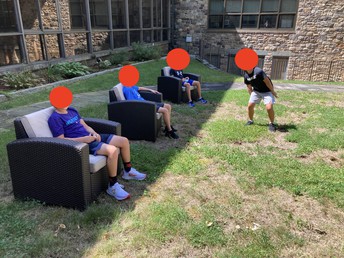 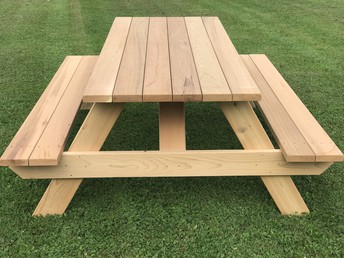 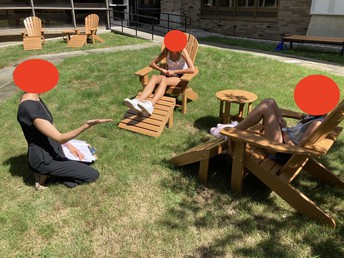 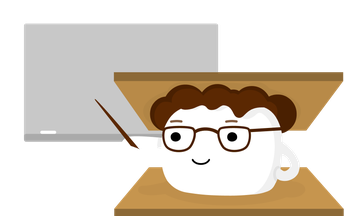