You are at the store looking for equipment for the big Tchoukball game next weekend. “What even is Tchoukball?” You ask yourself. You have no clue what you are looking for or what the game even is. For crying out loud you don’t even know who invented this so called “sport.” In this article we will cover who invented Tchoukball, the equipment needed to play, and the positions. Down below it shows he logo of the National Tchoukball Association (NTA) 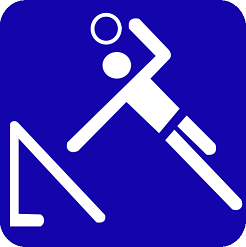 Around 1971, a Swiss biologist named Herman Brandt founded the game he called Tchoukball. According to https://en.wikipedia.org/wiki/Tchoukball he wanted to invent a sport that lacked in injury but still had the fun competition. So he invented Tchoukball. Herman saw that even the greatest of the greats went down to injuries so he wanted a sport where injuries were less common. He tried to make easy rules to follow so the games wouldn’t be one sided so it would be fun for both teams. He also wanted a less complex sport that was easy to understand.

Thanks to http://www.tchoukballpromo.com/Tchoukball-about-the-game.html it states that Tchoukball is played on a handball court which is 66 feet by 132 feet (It doesn’t have to be a Handball court but you want a court around the same size). With 2 official tchoukball rebounds (3,3 ft x 3,3 ft frame with 55-degree incline) on each end and a size 1 or 2 tchoukball according to http://www.tchoukball.org.sg/content/equipment. Around the rebound there is a 6 foot by 6 foot half circle that you can’t catch or throw in, and once you throw the ball it has to land outside the half circle in order to score a point for your team.

There are 7 positions in Tchoukball: 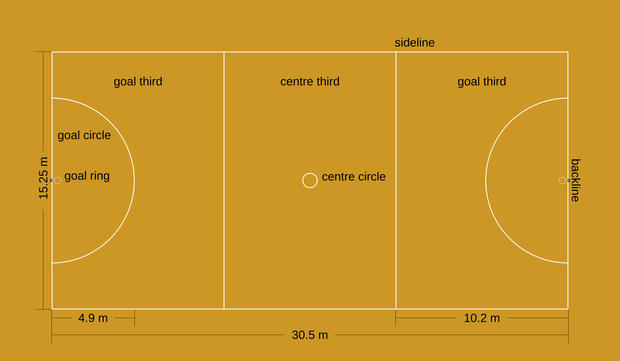 Now you know the equipment, the inventor, and the positions needed to play Tchoukball. You can get your friends and play a nice fun game of Tchoukball without worrying about major injuries. If anyone asks you if you know an article that can explain Tchoukball just send this article their way. Have fun and Let’s Play Ball!!