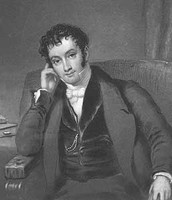 Born in 1783 on April 3rd, Washington Irving was one of the eleven kids in his family, and named after the American hero, George Washington. While traveling the world, Washington Irving was educated privately while studying law, and in the process his writing career arose. As a student, Irving was not a very attentive student. In 1806, he barely passed. To continue his writing career, Irving, his brother, and a friend wrote the Salamagundi paper from 1807-1808. In 1809, Washington became known for his comics, "A History of New York". When Irving failed at working in his brother's business in England, he began to write a collection of stories and essays which became known as The Sketch Book in which included the famous stories 'Rip Van Winkle' and 'The Legend of Sleepy Hollow'. In 1822, Washington Irving traveled to Germany and France where he lived for several years. Four years later, Irving moved to Spain and became attached to the US embassy in Madrid. He became apart of the US legation in London(1829-1832), and after returned back to Spain to be the US ambassador(1842-1846). Irving was an advocate for writing to become a real, legit career. He also argued for stronger laws to protect writers from copyright violations. Washington Irving died November 28th, 1859.

While a cultural revolution was occurring world wide, the American society began to build up their own cultural identity, which included a strong literary component. For the first time, America had a significant number of writers who created works for a career, or for a hobby. Irving was the most famous and most widely respected literary figure in America. With the developments in publishing technology, Irving also was one of the few Americans to make substantial money from writing. By 1829, he had made more than $23,000 from his writing. A transitional figure, Irving somewhat ironically contributed to America's literary independence while producing work that was distinctively European in content and style. Irving proved that Americans could write European literature as well as Europeans could. His masterful use of stylized prose, and use of European Legend all demonstrated the strong influence of the Old World on his work. 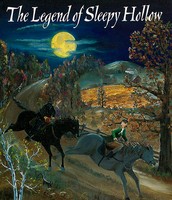 The Legend of Sleepy Hollow

The Legend of Sleepy Hollow is about a Galloping Hessian who rides headless through the woods of Sleepy Hollow particularly alarms him. A snow-covered bush in the half-light is enough to convince Ichabod that he has seen the headless horseman. 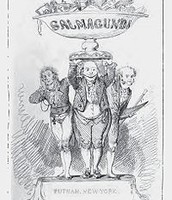 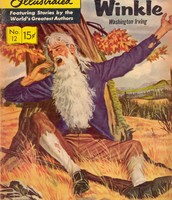 Rip is a simple-minded soul who lives in a village by the Catskill Mountains. Loved by the village, Rip is an easygoing, henpecked husband whose one cross to bear is a shrewish wife who nags him day and night.