Nashed is using Smore newsletters to spread the word online.

Get email updates from Nashed:

Why Should We Care?

Household cleaning supplies such as bleach, window and glass cleaners are used everyday within homes during everyday chores. Though they help us with everyday chores and cleaning, some chemicals in such products can have some devastating and potentially fatal impacts to the individuals using them. The same chemicals that make scrubbing that last bit of grime off your kitchen top counter could have some life altering impacts on your health as well as the enviornment. 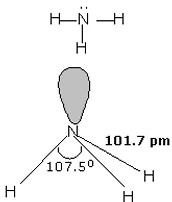 There are many chemicals used in cleaning products, but one of the most commonly used ones is Ammonia, also known as NH4.

-Highly soluble (easy to use in cleaning products)

- Will burn in atmosphere of Oxygen 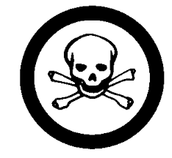 Why Ammonia? What Are The Risks?

Ammonia is so commonly used because it is an effective cleaning agent that helps with day-to-day chores around the house. Ammonia cleaners are used to clean glass surfaces as well as clean and polish other surfaces such as stainless steel. This is because they have within them a volatile alkali that will evaporate after use without leaving any sort of smudge or other visual remarks, thus being used to clean surfaces. Though, there are many health risks while using NH4. People who have breathing conditions such as asthma may be particularly affected. This is due to the vapours, which irritate the skin, eyes, throat and lungs. Extended exposure to ammonia may resultin liver and kidney damage as well. Furthermore if mixed with bleach, the resulting gas formed is quite poisonous.

Although ammonia does not really affect the environment, the many other chemicals in cleaning supplies do. It is true that most chemicals break down, harmless after use, but some do not. According to organicconsumers.org, in a study that took place in May of 2002, the U.S Geological survey found in 69% of streams tested there were detergent metabolites within them, and in 66% of those streams disinfectants were also found within them. When certain chemicals within these cleaning products are exposed to "municipal waste water", they break down into nonylphenol and octylphenol which are harmful to the environment. Another once frequent water pollutant which was prominent within laundry detergents are phosphates. These are harmful because they lead to an overgrowth of algae, which leads to less oxygen in the water which kills fish and other animals and organisms in the water.

There are many alternatives to go from, which in terms will not only help the evironment but our health as well. Simple and more natural cleaning products can go a long way, such as soap baking soda and vinegar are actually pretty commonly used for cleaning and can be very effective. Also, products with less hazardous symbols are a good sign, and should be used over more potent and potentially dangerous products. Furthermore, one should look for biodegradable products which are more kind to the enviroment. Just looking for products which are plant based and biodegradable can go a long way. 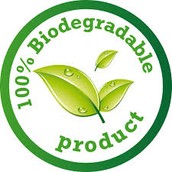 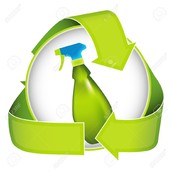 Nashed is using Smore newsletters to spread the word online.