"“I want to let them know the language and not only learn from the textbook. I want to show them the culture, so they tie the language with the culture. I want them to make connections and motivate them to learn more."

On Saturday, February 16th, five Meade High School students were invited to perform a traditional folk dance at the New Year Gala for Chinese and American Youth at the Chinese Embassy.

Hannah Brown, Caylee Brown, Dayne Mares, Jenny Mares and Sylialyn Merwa, who all attend the IB World School on Fort Meade, met and performed for the Chinese Ambassador, Cui Tiankai, as well as several other dignitaries and attendees. 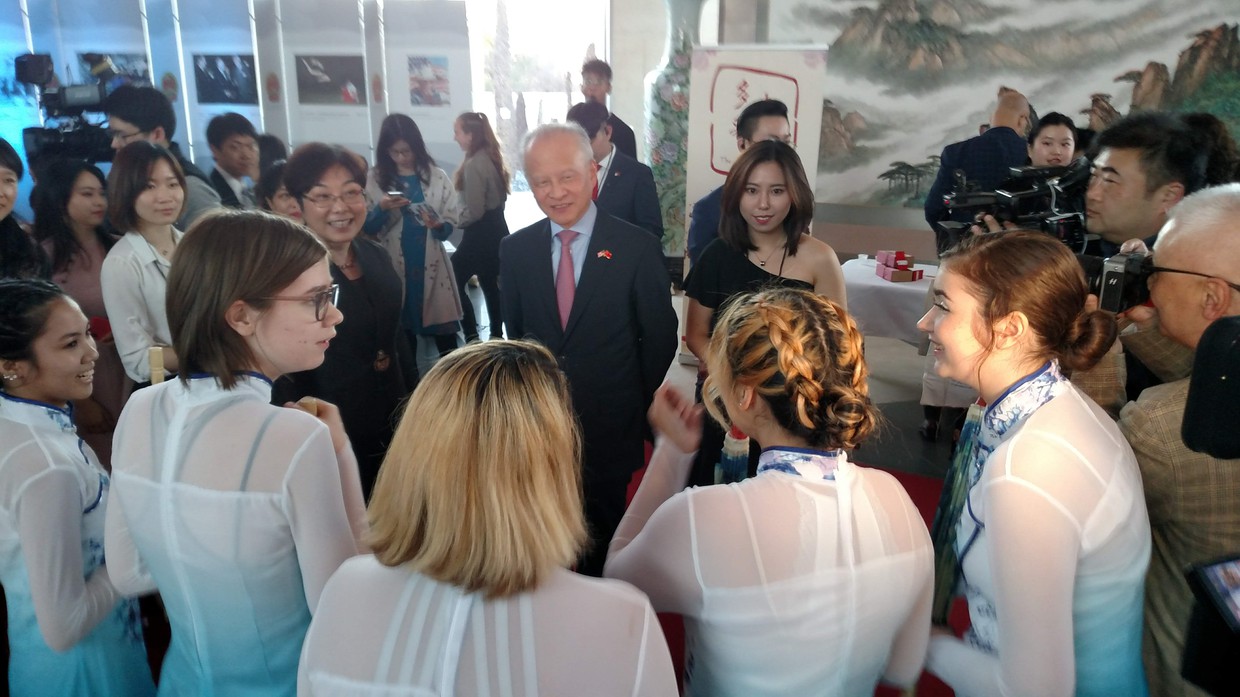 "They were not only smiling from the outside; I can see the happiness inside. I can see it in their eyes,” said Jing Dai, Meade High School Chinese teacher, of the student performers.

Patrick McCarthy, world language department chair at Meade, said that the students represented their school and community with pride. “The pure joy on their face of getting to interact with the ambassador and the mature responses that they gave him and the reporters [from Chinese and Hong Kong television stations] were just impressive. The dance itself was done with smiles from ear to ear.”

Dr. Li from the Confucius Institute at the University of Maryland saw the group originally perform at a Chinese New Year Celebration in January. After being deeply moved by their dance, she recommended they be invited to perform at the Chinese Embassy event.

“I think their performance is an expression that American youth want to learn more about Chinese culture," she said. 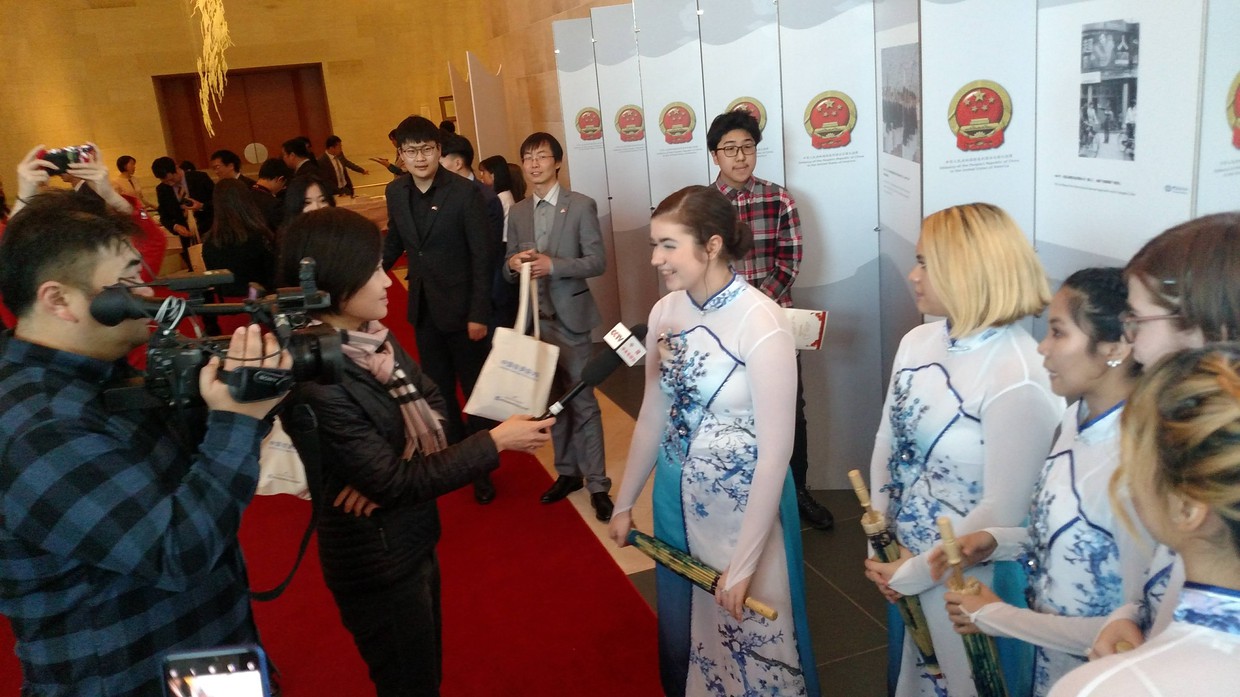 For Caylee Brown, a junior at Meade High, her experience at the embassy on Saturday was a particularly impactful experience.

"That was the first time I've ever seen an ambassador speak publicly,” said Brown, who aspires to be an ambassador one day. “I watched [Ambassador Cui Tiankai] go and talk to all the people, and he even sang a song. It was so cool to see how they interact with people. It just confirmed that it was something I want to do."

Brandy Brown, mother of two of the student performers, said she was thrilled that her daughters had this unique opportunity.

"Ms. Dai always makes sure the students are super involved and encourages them to stay in Chinese and learn her culture,” Brown said.

"I really want to motivate my students,” explained Dai who worked with this group of students since September after school to learn the traditional folk dances. “I want to let them know the language and not only learn from the textbook. I want to show them the culture, so they tie the language with the culture. I want them to make connections and motivate them to learn more."

“She is always looking for a chance to get the students to try something new, to be risk-takers, to tear down those walls so they can just go out and have fun," said McCarthy.

As an IB World School, Meade High regularly provides meaningful cultural and language opportunities to students and the community. This particular event was a highlight for the department and a memorable opportunity that will remain with these five students beyond their high school experiences.

“This is what we want from language classes in an IB School- bridging the culture gap. That's what these young ladies did on Saturday." 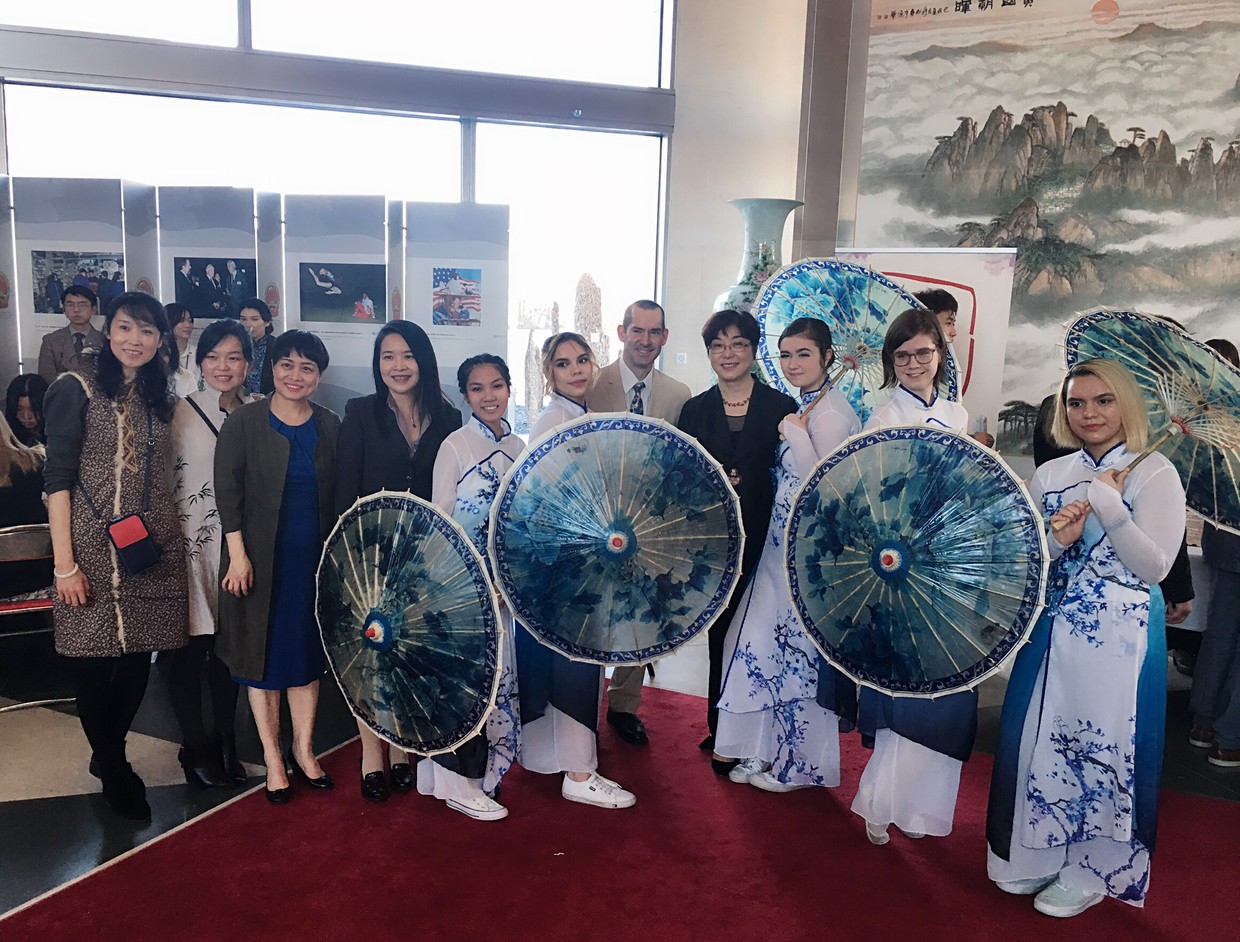