Destinee is using Smore newsletters to spread the word online.

Get email updates from Destinee: 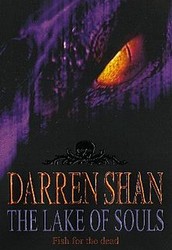 In the book, Cirque Du Freak: Lake of Souls, Darren Shan and Hakrat Mulds are going to the Lake of Souls to find out who Hakrat really is. Hakrat is a Little Person who are originally souls that have not gone to the afterlife and the person who created him was Desmond TIny. Mr. Tiny can see the past and future. The reason why they are doing this is because Hakrat has been having nightmares that wakes him up in the middle of the night screaming. It's about a place that has dragons, witches, and shadow people. Mr. Tiny says that if Hakrat keeps having these nightmares, he will most likely to go insane. And the only way to stop these nightmares was to figure out who Hakrat was before he died. And the only way to is to go to the Lake of Souls. Hakart decides on going by himself but Mr. said that if he went by himself, he would die. So Mr. Tiny suggested that Darren should come along to the journey because there would be a more likely chance of him living. Now Darren and Hakrat are on there way to the Lake of Souls. But when get to the Lake of Souls, there'll be something interesting that might put interest in the future.

What I thought about the book was that it was just something that the author decided to just add in because he couldn't think of something else. I thought that he should have add some parts when Alice and Debbie were going to Vampire Mountain to tell the Vampire Princes an update on the War that was happening with the vampires and vampaneze to make it a little more interesting than just having the whole book focused on one topic that was happening. 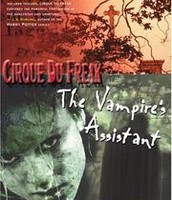 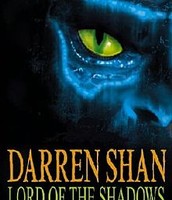 This is the eleventh book of the series Cirque Du Freak. The reason why the book is called Lord of the Shadows is because there is a battle going on between the vampires and the vampaneze. There were three hunters (vampires) chosen to fight in the war. Darren, Mr. Crepsley, and Vancha. The only way to win the war was to kill the Vampaneze Lord. Mr. Crepsley sacrificed himself to kill the Vampaneze Lord who was only a fake. The real vampaneze Lord was on of Darren's greatest friends, Steve. Now Darren has to fight against Steve and kill him to end the war. But once Darren kills Steve, Darren will become the Lord of the Shadows who will destroy humanity slowly till everything has perished. 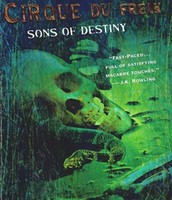 This the twelfth and last book of the series Cirque Du Freak. Darren and Steve fight to the death to see who will become the Lord of the Shadows. Darren gets a killer hit on Steve that makes him go to the ground. Darren finishes him off with no hesitation at all. Once that was over, Mr. Tiny applauds to Darren for winning. Then Mr. Tiny tells all the plans that they will do in the future. Darren gets confused because he doesn't have to listen to Mr. TIny. He could just ignore his plan and live a happy life again being a vampire. Mr. Tiny said that It wouldn't be a problem because he knew that he wouldn't disobey him. After all, Mr.Tiny is Darren and Steve's father.

Destinee is using Smore newsletters to spread the word online.