AAP Government will collapse under its own contradictions very soon - Grewal 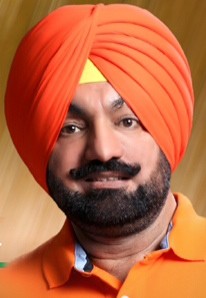 BJP Kisan Morcha National Secretary and Prabhari Himachal Pradesh Sukhminderpal Singh Grewal on the eve of Arvind Kejriwal's swearing function in as Delhi chief minister, said that our Party BJP asked its newly elected MLA's to be prepared for snap polls in near future, stating that tenability of AAP government with Congress support looks extremely suspect. In a press statement here today he said that the whole idea of a party professing clean politics aligning with the most corrupt political party in history is ridiculous and it's collapse would be under its own contradictions. He said that the new dispensation has started on a shaky wicket in view of the dissenting statements from Congress over support to AAP. Grewal stated that there are several statements from the Congress leadership, it's one says support as per manifesto, other says it is unconditional support and third say no, no, it is simple support. He said it's the beginning, of Aam Aadmi Party itself seems to be on a shaky wicket. Grewal taking a dig at AAP, said it is the same party which had called all other political parties thief. He questioned now are they Aam Aadmi Party ( AAP ) happy going with them ( Congress ). I wish that they would not have called all the political parties thief. He demanded that AAP and Congress come clean on the deal between them over government formation, he said Arvind Kejriwal led new government should start fulfilling its promise of starting inquiry into scams and corruption cases committed by the previous dispensation. Grewal said it's should be clear that people of Delhi also want to know the deal between AAP and Congress. He said that the intention of the new government would soon become clear when it opens corruption cases against Congress. Grewal also demanded that the new government order a high-level and time bound enquiry into the bungling committed during the former Chief Minister Delhi Sheila Dikshit regime. He said that there are over two dozen's scams. There are Commonwealth Games scam, Yamuna cleaning scam, DTC bus purchase bungling, power and water scam among many others. He also demanded the new Government should ensure stern punishment to the guilty. He said that our Party BJP welcomes the new government and expects that it will fulfil the promises made to the public within a fixed time frame so that people suffering due to Congress misrule for the last 15 years may get relief to the people of Delhi.