Blog 2: ALL IN THE MIND - How Long Hours and Lack of Sleep are Affecting Your Mind

My last blog focused on how lack of sleep impacts on your physical health but it’s not just your body that is affected. This time we’ll take a look at what fatigue can do to your mind.

The US-based National Sleep Foundation found that the “walking tired” are more angry, irritable, and are less able to cope with stress which leads to more quarrels with partners and colleagues. They also found that people who do not get enough sleep are less likely to exercise, eat healthily, take part in leisure activities and even have less sex….. but that’s something of a digression. Getting back to mood, they went on to report that:

“Over time, impaired memory, mood, and other functions become a chronic way of life. In the long term, this can affect your job or relationships”

Others agree; In 2001 another scientist, Isen, wrote that:

“In most circumstances, positive (mood) enhances problem solving and decision making, leading to cognitive processing that is not only flexible, innovative, and creative, but also thorough and efficient”.

However, when fatigue comes into play, your mood gets worse and that can result in bad planning and decision-making.

Significant as that may be, sadly, the effect of fatigue on how you feel can be much worse than a bad mood. It also puts you at greater risk of mental health problems. Lack of sleep and depression are very closely linked. The NSF again:

Harvard Medical School went as far as to say:

“The overlap between sleep disorders and various psychiatric problems is so great that researchers have long suspected both types of problems may have common biological roots.”

They examined a range of different studies and found that 65% to 90% of people with depression also have problems sleeping. One of the studies they looked at discovered that people suffering from insomnia were 4 times more likely than normal sleepers to develop major depression. Another study found that incidents of major depression were preceded by sleep problems 69% of the time.

Problems with sleeping are also closely linked to anxiety. Again, those suffering from anxiety disorders are likely to have sleeping problems and vice versa but the links are less strong than for depression. However, it does seem that sleep problems can make it more difficult to recover from anxiety related disorders such as Post-Traumatic Sleep Disorder.

So, fatigue affects your mood, anxiety and depression but what else? Well, quite a lot actually. Lack of sleep affects your cognitive performance – how well you think. Simple things like your speed of response and accuracy are affected but so are more complex tasks. In fact, fatigue has been shown to impact on just about every aspect of cognitive performance. Let’s cover some of the simple stuff first:

· Tasks take longer and the longer they take, the worse you become

· Micro-sleeps occur, you may not even notice. Bad news if you’re driving.

· Ability to learn is reduced

Decision-making has been repeatedly shown to be affected by fatigue but not in a straight-forward way. Higher level decision–making requires not only rule based, convergent and logical thinking, which seems to be relatively unaffected by fatigue, but also more divergent abilities. Recent findings show that fatigue impairs decision making involving:

· remembering the order of information

· revising plans based on new information

That’s a pretty good description of the skills and situations involved in consulting on a daily basis and they’re made worse by lack of sleep. It can also fundamentally affect the choices you make and, hence, your likelihood of success. In 2011, Griffith and Mahadevan wrote:

So, fatigue affects not just your physical and mental health but also your ability to do your job.

One area of decision-making that seems to be consistently affected by fatigue is the level of aversion to and perception of risk. Time and again, different studies performed by different scientists have confirmed the link, often using card games or other forms of gambling to investigate the relationship. Fatigued gamblers are less able to assess how risky a given bet is and are more likely to take bigger risks – those late night games of online poker are probably not such a good idea after all……

We’ve already seen that fatigue affects mood and it has been shown many times that negative moods lead to riskier decisions than neutral or positive moods. Positive moods were found to reduce the amount of risk-seeking behaviour. It’s thought that people in a negative mood actively seek opportunities for gain to shake them out of the bad mood despite the risks. Conversely, people in a positive mood avoid risks rather than jeopardize their current good mood.

Other studies, such as Venkatramen et al (2007), have investigated the link between fatigue, risk, and brain activity. Due to the areas of the brain affected, fatigue not only alters a person’s preference for taking risks but may also reduce their ability to learn from the negative consequences. In other words, a fatigued person is likely to take more risks and is less likely to learn from their experiences when things go wrong: not a good mix in a financial services setting where a trader might be placing big bets with other people’s money.

One interesting area of research is how fatigue affects people’s ability to make moral judgments. Only a few researchers have looked into it and most have used military officers for subjects. In 2007, one researcher used neuro-imaging to conclude that “sleep deprivation impairs the ability to integrate emotion and cognition to guide moral judgments”. More recently, others found that their subjects became less able to conduct mature principally-oriented moral reasoning and relied more on rule-based and self-oriented reasoning – i.e. they were less able to think about the right thing to do and relied more on what they were allowed to do, regardless of whether it was ‘right’ or not.

Assessing Your Own Fatigue

Given how much we are affected by fatigue, you’d think it would be easy to say how tired you are, right?

Wrong. The picture below shows the results of a famous experiment by Hans Van Dongen.

The graph on the right shows that after 3 or 4 days of getting less than 8 hours sleep (either 6 hours or 4 hours) we stop feeling any more tired, we just report that we are ‘moderately tired’. The graph on the left shows that despite not feeling any more tired, our performance on objective cognitive tests continues to plummet. We don’t get used to being fatigued, we just get used to feeling fatigued. In an environment like financial services or consulting where many people get less than 8 hours a night, this a real problem – lots of people are chronically fatigued but simply don’t realise the effect it’s having on them.

Taking all of this together paints a pretty bleak picture. How many of us are habitually getting by on 6 hours a night and trying to recover at weekends? Many will be getting by on less sleep than we need but the science shows that we have virtually no insight into the effect it is having on us.

Fatigue impacts on our mood and - much more seriously - on our mental health, directly affecting stress, anxiety disorders and depression. If that wasn’t bad enough it also impacts on our performance at work: we make more mistakes; tasks take longer; we find it harder to learn from our experiences; understanding the scope of a problem is more difficult; we are less able to think flexibly and to come up with new plans in the face of new information; perhaps most importantly our ability to communicate effectively is reduced. This stuff is vital for consultants and for many other professions. If all that isn’t enough, lack of sleep causes us to take more risks, make poorer decisions, and even struggle to decide what is morally right.

So, if you want to improve your mood and your mental health or just want to push for that next promotion, then you may want to get more sleep. 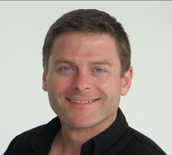 Follow jason eden
Contact jason eden
Embed code is for website/blog and not email. To embed your newsletter in a Mass Notification System, click HERE to see how or reach out to support@smore.com
close