One- The Battle of Antietam

The battle of Antietam was the key victory for the Union with a major loss for the Confederacy. This battle began on September 17, 1862 in Antietam, Maryland with generals Robert E. Lee (Confederacy) and George B. McClellan (Union). The two groups had clashed in Antietam with Lee's plan not really having a chance of working. He tried a strategy of confusion and split his army into four groups while McClellan used the "Anaconda Plan", surrounding the enemy and "squeezing" until surrender. This battle was only the beginning of many more to come. 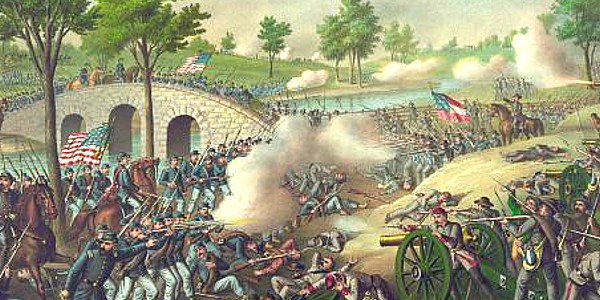 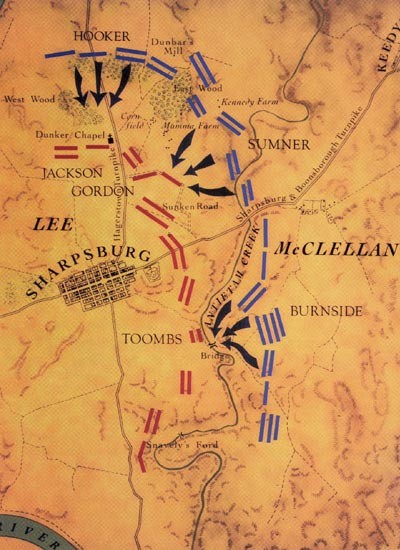 Two- The Battle of Gettysburg

This battle was the most gruesome battle of history for America, that led to one of the most famous speeches ever made by a president- The Gettysburg Address. This nightmare of a battle began on July 1, 1863 in the town of Gettysburg, Pensylvania with generals Robert E. Lee (Confederacy) and George G. Meade (Union). The Union won even though both sides of the war had major and tragic losses. The Confederates had attacked from both the left and right, and failed. Lee ordered another attack meant for the center of the Union, but overall utterly failed. 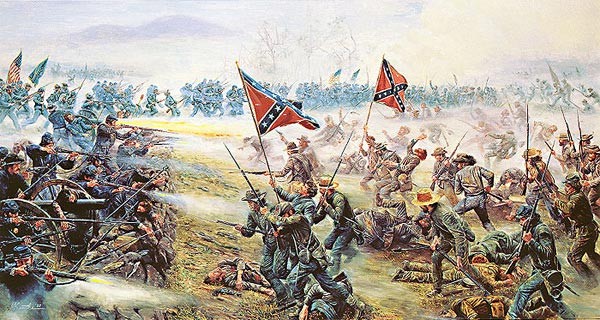 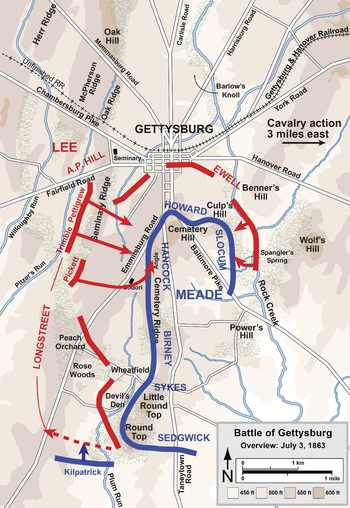 Three- The Battle of Vicksburg

The battle of Vicksburg was the turning point of the Civil War- the Union had taken charge of the Mississippi River, and the Confederacy had no way of obtaining supplies. General Ulysses S. Grant's "Anaconda Plan" had worked and the Union was winning the war by a landslide. The battle started May 18, 1863 and ended the day Gettysburg ended. It took place in Vickburg, Mississippi right next to the Mississippi River with generals John C. Pemberton (Confederacy) and Ulysses S. Grant (Union). The Union's success had split the Confederacy in half, it was only a matter of time before the North officially won. 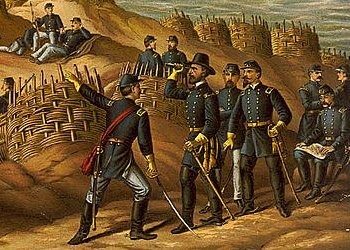 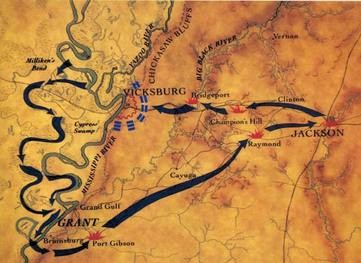 90 - I needed more elaboration on the Emancipation and the Gettysburg Address.