Battle of Lexington and Concord

The Battles of Lexington and Concord were the first military engagements of the American Revolutionary War. They were fought on April 19, 1775, in Middlesex County, Province of Massachusetts Bay, within the towns of Lexington, Concord, Lincoln, Menotomy (present-day Arlington), and Cambridge, near Boston. The war was a result of built up tension between the residents of the 13 colonies and the british authoritites. On the night of April 18, 1775 hundreds of british troops marched from boston to nearby concord to seize an arms cache. Paul Revere and other riders sounded the alarm, and colonial militiamen tried to intercept the redcoats column. A confrontation on the lexington town green started off the fighting, and soon the british were hastily retreating under intense fire. Many more battles followed after. A key participant on the british side was general gage and on the colonial side there was Sam Adams, John Hancock, and Paul Revere who gave out a warning. In the end the colonists won the battle.

Thomas Jefferson was pro-colonists even though he wasn't in the colonies during the war. He was in France with Benjamin Franklin, and John Adams helping to get funding for the war. Thomas Jefferson also drafted up the Declaration of Independence. For a time all three were roommates.Thomas' health began to deteriorate in July 1825 from a combination of various illnesses and conditions probably including toxemia, uremia, and pneumonia. He died July 4, 1826. 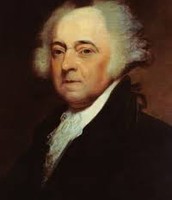 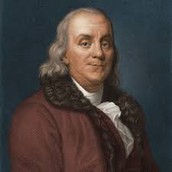 African American Jobs in the War

African american slaves joined in the war to become free and to receive monetary payments. There were blacks on both sides but most joined the patriots. African americans were also used as sailors over seas. 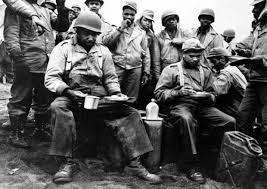 10 Fun Facts about the Revolutionary War

Weapons of the War

Weapons from the war include cannons, muskets with bayonets, rifles, and small arms. 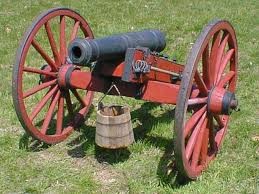 "[L]iberty must at all hazards be supported. We have a right to it, derived from our Maker. But if we had not, our fathers have earned and bought it for us, at the expense of their ease, their estates, their pleasure, and their blood." -- John Adams, 1765

"I only regret that I have but one life to lose for my country." -- Nathan Hale's last words before being hanged by British