Gap is using Smore newsletters to spread the word online.

Get email updates from Gap:

Why has it become hot property for investment companies?

Why has it become hot property for investment companies? 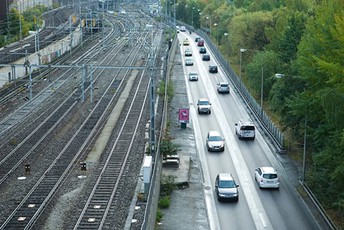 Why has infrastructure debt become such hot property for investment companies?

In recent years, a large number of investment companies have diversified into infrastructure debts. The major reason being the stable and predictable influx of cash with better results than government issued loans or bonds. The positive results observed by the early adopters have only served to fuel the interest of other potential investors, and the situation at present, can best be described as an insatiable thirst for infrastructure debt. This brings up the question: “what is the big deal about infrastructure debt and why are so many investors interested?”

Infrastructure debts are fast becoming the alternative to unpredictable government loans, especially with some of them offering returns as high as 6 to 8 per cent. The other appeal is the fact that the competition is not as high as other extremely intense markets and there are no complex and hidden costs occasional seen in other equity securities. There are several other peculiarities with this sector that increases its appeal and some of them are mentioned in this article.

It gives investors the opportunity of making direct investment.

This is very unlike what used to be obtainable in the past when investors could not invest in or take part in the infrastructural industry directly, but instead had to go through banks and also obtain equities. With infrastructural debt funds, the bank interest rates are avoided and investors can do their business directly. This is a major appeal and it is something investment companies are not likely to pass up.

The traditional investment in infrastructure takes at least thirty years before any returns can be gotten, especially for projects that are at their inception stage. However, with infrastructural debt funds, it is now possible for companies to buy into already finished projects. The implication of this is that companies can get their returns at a much faster rate, because they would not have to wait for thirty years or more for the project to mature. Their investments are also better protected against fluctuations.

This is another major reason for the attractiveness of infrastructural debt funds. Inflation rates and interest rates have a much larger effect on corporate or government bonds and equities than they do on these debt funds. Companies are more inclined to go for investment opportunities that would protect them from inflation and its attendant negative effects, especially high interest rates.

Predictability of returns and income.

Investors would rather go for an opportunity with predictable outcomes than for one with volatile and possibly unforeseen outcomes, especially with respect to returns on investment. Infrastructure debt funds offer companies a chance to invest in long term assets that yield stable and steady returns for a long time.

Conclusively, the investment needs of companies when compared with the available funds places them in a position where they just want something that has something better to offer than the traditional investment opportunities and infrastructural debt funds is just the answer.

Gap is using Smore newsletters to spread the word online.

Follow Gap Insurance
Contact Gap Insurance
Embed code is for website/blog and not email. To embed your newsletter in a Mass Notification System, click HERE to see how or reach out to support@smore.com
close