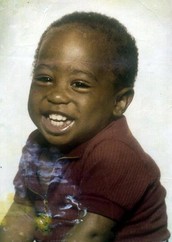 Tupac was born on, June 16th, 1971 and he passed away on September 13th, 1996. Tupac was raised by his mother, Afeni Shakur, who was a Black Panther activist. She was in jail while she was pregnant with Tupac. Shakur was originally named Lesane Parish Crooks, but later his name changed to Tupac Amaru Shakur. "Tupac Amaru" stands for "shining serpent". He had a difficult childhood growing up around violence, abuse, and his moms struggle with substance abuse.

Tupac was 18 years old when he stood on stage, and he could finally rape in front of an audience in the year 1989. He performed in the auditorium of his school. That was his chance to get his name out there, and for him to share his ideas about the world, about being African american, and growing up in poverty. Tupac's songs were about growing up poor, the important people in his life like his mother, the thugs, the hustlers, the single mothers, the street kids, and about his struggle growing up. In his short lived life, he was highly criticized and widely esteemed.

After recovering from his injuries, he got sentenced four and a half years in prison. Zayd Shakur, his uncle, and his aunty, Assata Shakur were shot dead in a shoot out. Aunt Gloria, who had been there for him since he was a little boy, passed away from health conditions. Billy Garland, who researchers are pretty positive, was Tupac's biological father, passed away from a health condition. Mutulu, his step father was in jail and passed away. Tupac's best friend was shot out in the street in Baltimore. Tupac Shakur's death, he became embroiled in a feud between the East and West coast. He was shot by Knight in the car in Las Vegas, Nevada, and died 6 days later. 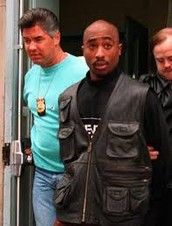 He had a rough childhood growing up in poverty, around violence, drugs, and around stuff kids shouldn't grow up around. So he grew up and matured more quickly than most children his age. He never really had a stable life. His mom, biological father, step father, and father figure were locked up most of his years growing up. His aunt raised him most of his childhood. Alot of the people he was closest to passed away before him, he was surrounded by poverty and violence most of his years growing up.

He released his album "Me Against The World" while he was in imprisoned, it debuted number one on Billboard 200. He won so many awards due to his accomplishments. He left a long lasting legacy after his tragical death. He has so many quotes left behind people still use to this day. He also has changed so many peoples lives in his short 25 years of living. His voice was heard through all the voices. He was inspiring to many people.