Snowboarding is very popular now a days many many people know how to do it.This sport has been in the Olympics for 30 years. An estimate is that more than half of the country does it for a living. 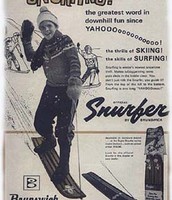 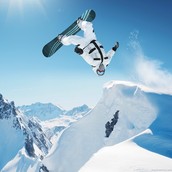 The was the first snowboard ever invented.This sport was very unpopular back in the 60s. The only person in the 60s who new about it was Jake Burton who was the one who invented the snurfer.
Burton Beginnings

Facebook @snurfer
I am Jake Burton. I Am the one who invented the snurfer which people know a days call the snowboard. The video right above me is about the time I tested the first ever snurfer on the first ever snurfer trail. Please watch the video to see what everybody wears in the 60s and to see when and where the first snuffer was tested.
Ski Cooper, Leadville, CO, Verenigde Staten snurf@gmail.com snurfe.com

Follow Carrie Maillet
Contact Carrie Maillet
Embed code is for website/blog and not email. To embed your newsletter in a Mass Notification System, click HERE to see how or reach out to support@smore.com