Get email updates from Holy Rosary:

A family event preparing for the World Meeting of Families

A family event preparing for the World Meeting of Families

Please visit http://holyrosaryparish.org/ to register your family for the Parish Family Mission. From there you will have the option to pay online through the Online Giving program or you can send in a check to the parish office. Direct link to register. https://therubicon.typeform.com/to/mC4uws

for a whole day, entire family, engaging and educational Parish Mission. Come and prepare your family for the Papal Visit to the World Meeting of Families in September. Come and learn what it means to be fully alive as a family: your vocation, your mission, your destination.

Amongst each family and united as a parish family, preparing for the World Meeting of Families 2015 with Pope Francis we will have:

Time to Learn, Laugh, and Love… together

+Age-Specific Breakout Sessions for All Ages

+Crafts, Games, Music, Lessons for Kids of all ages

The format and structure for the day will be similar in style to our traditional Vacation Bible School Week. The preschool and elementary aged students will rotate between: Craft, Storytime/Drama, Outside Games, and Music. The middle and high school students will join their peers for fun games and meaningful learning. The parents meanwhile are listening to guest speakers, with question and answer time, discussion time, and reflective time. We will have sessions for older couples as well. Families will then come back together throughout the day for food and fun and prayer. The day is full: of learning, laughter, and love!

http://www.worldmeeting2015.org/about-the-event/catechesis/
All of the material for the day is pulled from the World Meeting of Family Catechesis Program, and tailored to fit our particular parish's needs.

Non-Parishioners: The cost will be $30 per person age 21 and up. For each child aged 2 and up, the cost will be $15. This cost will include: all 3 meals and snacks, craft and game and other teaching supplies, and the use of the whole parish campus.

For now we are looking for help, from the whole parish! We need help in the following areas:
Nursery and Elementary Stations and Middle and High School volunteers.

End the Day with a Live Band!

Facebook
Laughing Lizards Band will help us celebrate the fun family time we had at our Parish Family Mission with good music for the whole family to enjoy! They will teach us how to dance Contra Dance, and are guaranteed to get everyone on the floor with a smile on their face!
laughinglizardsband.com/

Below is more information about the special men and women who will lead us closer to our mission to make families fully alive! 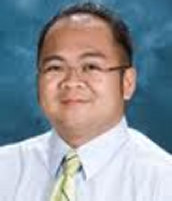 Roland Millare- Adults Breakout Session One: Love is Our Mission

Roland Millare is the chair of the Theology Department at Saint John XXIII College Preparatory in Katy, TX. Additionally, he is the Director of Middle School CCE at St. Theresa Catholic Church in Sugar Land, TX and an adjunct Professor of Theology at St. Mary’s Seminary. He has a BA in Theology from Franciscan University in Steubenville, OH, a MA in Theological Studies from the Notre Dame Graduate School of Christendom College in Alexandria, VA, and a Licentiate in Sacred Theology (STL) from the Liturgical Institute at the University of St. Mary of the Lake. He is currently working on his Doctorate in Sacred Theology (STD) at the Liturgical Institute. He lives in Sugar Land with his beautiful wife Veronica. 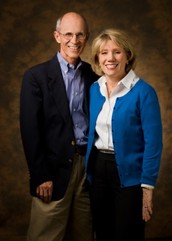 Cathy and Joseph Garcia-Prats have been married for 42 years and are the proud parents of 10 sons ranging in age from 21 to 39—a junior in college to a pediatrician. They are the authors of Good Families Don’t Just Happen: What we learned from raising our ten sons and how it can work for you, Good Marriages Don’t Just Happen and Good Sons Don’t Just Happen: Insights on Raising Boys from the Mother of 10 Sons. Individually and as a couple, they lecture nationally and internationally on family, marriage, and parenting. They have been guests on The Oprah Winfrey Show, The Gayle King Show, American Journal, Home Life, Positively Texas, and Primer Impacto, as well as many local radio and TV talk shows. Feature articles on the Garcia-Prats family have appeared in The Houston Chronicle, The Houston Post, The Dallas Morning News, Becoming Family and The Ladies’ Home Journal, as well as stories in many newspapers throughout the United States. In 1998, Family Services of Greater Houston honored the Garcia-Prats family as “Houston Family of the Year” at their annual “Celebration of Families” luncheon. Cathy and Joseph were the 2009 recipients of the “Standard of Christ
Award” presented by the Jesuit Volunteer Corps.

Cathy is a former first grade teacher and received her Bachelor of Science degree from Loyola University New Orleans. She has served on the Founding Board of Cristo Rey College Preparatory Houston, the Galveston-Houston Archdiocesan Board of Education, the Board of Directors of The Woman’s Hospital of Texas, the St. Francis de Sales School Board, and The Cenacle Retreat House Board. She served, after having had a son at the
school for 22 years, as the 2011-2012 President of the Strake Jesuit College Preparatory Mothers’ Club. She presently serves on the Board of San Francisco Nativity Academy of Houston, a faith-based, non-tuiton based Pre-K3 through 8th grade school serving exclusively low-income students and the Board of Family Services of Greater Houston Foundation. 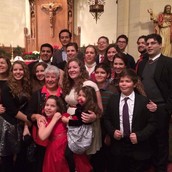 Dominic and Diane Aquila: Adults Breakout Session 3: All- Together- Family=Forget About Me I Love You

Dr. Dominic Aquila has 28 years of experience in public and private higher education. He is homeschool father of 11. Aquila is also a Trustee and Chair of the Council of Scholars of the American Academy of Liberal Education, an active participant and lecturer in the national Fides et Ratio seminars.

Diane Aquila is married to Dominic Aquila. They have 11 living children and 2 in heaven. Diane holds a Bachelor degree in Social Science. Before having children, Diane helped her sister start a Catholic daycare center in Rochester, NY. She also worked with runaways from 9-21 years of age. Diane and Dominic have homeschooled for 30 years and in 5 states. Diane, with another woman, formed the first Catholic homeschool group in upstate NY. She wrote the homeschool newsletter for several years in Steubenville, Ohio. Diane now runs a tutorial with 70 students at UST. She has spoken at Rice University on homeschooling 2 years in a row as part of a school choice program. Diane mentors new homeschoolers and fields questions about homeschooling. Diane co-authored an article on hospitality and Mother Cabrini with her husband and co-authored an introduction to a section in a new book on JPII Speaks on Woman. She loves to cook, go to concerts, bike and be with her family.

Joe and Cinda DeVet have been married over 49 years, and are experienced parents and grandparents of a growing, diverse and variegated family. Since the early 1970's they have been involved in a variety of apostolates in support of marriage and family life, including Marriage Encounter, Engaged Encounter and other marriage preparation programs, weekend retreats and days of recollection for married couples and groups including Teams of Our Lady. Joe is currently an employee of the Archdiocese's Family Life Office as coordinator for the Natural Family Planning program, and the two are volunteer teachers of NFP since 1981.

Order of the Alliance of the Two Hearts

We are so pleased to bring the presence of the Order of the Alliance of the Two Hearts to our Parish Family Mission. This religious order creates an environment that invigorates and rejuvenates family life, through prayer and play! Life is lived to its fullest when it is done for the Sacred Heart of Jesus and through the Immaculate Heart of Mary.
catholicozvocations.org.au/Home/Catholic-Life/Vocation-Directory?record=50&id=1&&secID=70 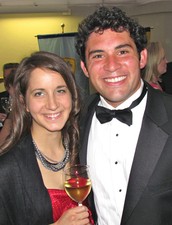 John lives in the Heights, Houston with his wife Lauren, and son, Ambrose. He is a founding member of Western Academy, a private, independent, liberal arts lower and middle school for boys. He teachers various classes ranging from middle school science, Latin, Theology and history. Prior to Western Academy, John started Trivium Tutoring, a company which focuses on tutoring and mentoring middle through high school students throughout the Houston area. John graduated Summa Cum Laude from Southern Catholic College, a small liberal arts Catholic college in Georgia, receiving his B.A. in philosophy and Theology with a minor in literature. He is now working toward a B.S. in Biochemistry from the University of St. Thomas.

Sponsors and Advertisers of our Parish Family Mission!

Thank you to the many sponsors who are helping to make our day one of resounding success. Please visit these sponsors and thank them for supporting family life! 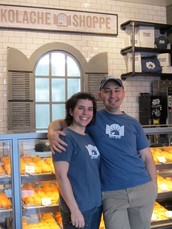 We are so happy to bring you breakfast provided by locally owned and operated Kolache Shoppe. Former parishioners, Randy and Lucy Hines, are excited to share their booming family business with our parish family.
kolacheshoppe.com/ 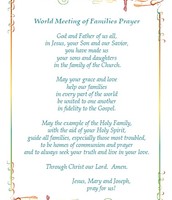 Join the families of the world in this World Meeting of Families Prayer
The Sign Language version is below. 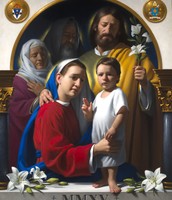 Meditate on the mystery of the Holy Family in this beautiful icon.
See below for how this painting was rendered. 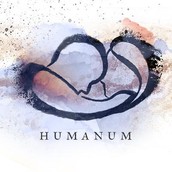 Good resources on the natural law of married love and family life.
https://www.youtube.com/playlist?list=PLZF6OmdXSyh6JTMGALzs3MEuhpfW4p59b