aydan is using Smore newsletters to spread the word online.

Get email updates from aydan:

Where it all started!

Nelson Rolihlahla Mandela was born in Mvezo,Transkei, on July 18,1918 into a family of 15. His father was the ward of the village so Nelson was able to get the best of all. In 1930,when Nelson was only 12 his father passed away and he became the ward of Jongintaba at the great place Mqhekezweni.

From there he had been taken under by someones wing and he got the best education South Africa could offer. In primary school in Qunu he was given the name "Nelson" since Miss Midgane thought that all children must have a christian name.He completed his Junior year at Clarkebury Boarding Institute and went on to Healdtown, a Wesleyan secondary school.He began his studies for a bachelor degree in the arts at the Fort Hare Institute , but was expelled for joining in a protest.

On his way back to the great place Mqhekezweni he was informed by the king a choose to make a decision go back to Fort Hare or get married.Him and his cousin justice, escaped and ran away to Johannesburg making it there in 1941. As a job he worked as a mine security officer then he met his a estate agent Walter sisulu.Walter Sisulu lead him to Lazer Sidelsky . He let Nelson publish his articles through hi law firm Witkin Eidelman and Sidelsky.

He finished his bachelor of arts and then in 1943 he went back to Fort Hare and graduated. 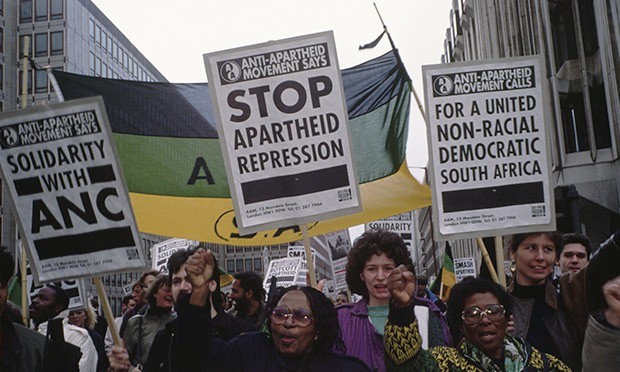 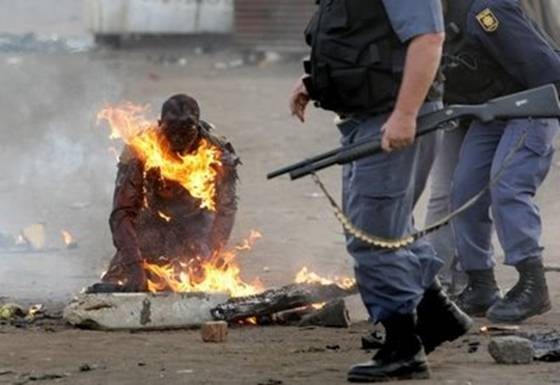 *Apartheid is legalized segregation this only occurs in Africa

*The pic above is of a man in protest buring himself heres a snip of the article " The now iconic image of a refugee from Mozambique being burnt alive on May 18, 2008, in Reiger Park informal settlement east of Johannesburg. The police who came to his assistance were too late to save his life.

*1994 Until 1999 Nelson Mendela was the President of South Africa and had been fighting against the apartheid act but couldn't quite stop it , and until December 5, 2013 when Nelson left us with all the good he has given the world and all the people he had set free of the evil doings of slavery he hadn't stopped fighting for the freedom of slaves.

*"Mandela will be remembered as a man who went beyond the call of duty. He showed his fellow countrymen that it was possible — perhaps even imperative — to forgive one's enemies. Mandela led by example, inspiring South Africa's political and racial rivals to work together to build a democracy. Mandela was such a powerful leader during apartheid that the white minority government considered him a threat to the state, even from prison"said South African President Jacob Zuma.

aydan is using Smore newsletters to spread the word online.